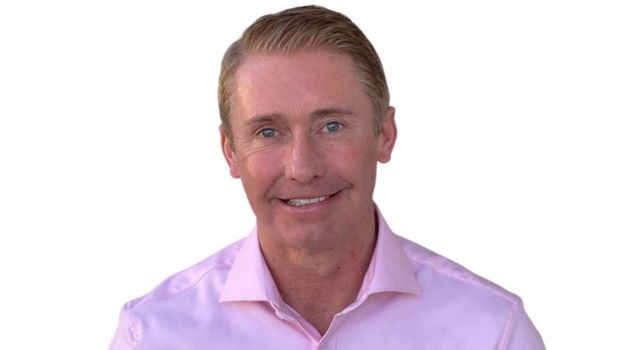 In an interview with BioSpace, Chief Executive Officer Jonathan Rigby said the rebranding followed external and internal conversations to reflect the impact of the company’s therapeutic platform that resets the body’s immune system instead of suppressing it when treating autoimmune and allergic diseases, such as asthma, rheumatoid arthritis, uveitis and others.

“We kept thinking about the word revolutionary. This is revolutionary science,” he said, highlighting the reason for the name Revolo.

Current therapeutics for these diseases, including steroids and biologics, suppress your immune system in a chronic manner, which makes patients more susceptible to serious infections like COVID-19 or cancer, Rigby said.

He noted those types of therapeutics, which are widely used across the globe, work downstream in an autoimmune cascade. Revolo’s assets, including lead candidates ‘1805 and ‘1104, reset the immune system by preventing the chronic pro-inflammatory immune response that results in autoimmune or allergic disease.

‘1805, the company’s first asset, is a modified analogue of a key protein in immune function. The drug candidate is entering Phase II clinical development for moderate-to-severe rheumatoid arthritis and non-infectious uveitis.

In rheumatoid arthritis, ‘1805 showed remission of disease out to 12 weeks following one dose in a previous study. Rigby hopes that is repeated in a larger Phase II study set to begin later this year.

If the drug candidate continues to demonstrate the safety and efficacy in this indication, Rigby said he anticipates partnering with a larger company to help bring it to market and compete with the top-selling drug in the world, AbbVie’s Humira. If ‘1805 demonstrates clinical superiority and does so without suppressing the immune system, Rigby believes many treating physicians will be compelled to switch their patients to this treatment.

Revolo’s ‘1805 will also be assessed as a potential treatment for uveitis, a rare form of eye inflammation that can be caused by an autoimmune or inflammatory disease. Uveitis is one of the leading causes of Uveitis in the United States. If it’s not treated, about 40% of patients go blind, Rigby said.

Humira is the only drug approved by the U.S. Food and Drug Administration to treat Uveitis. However, Rigby noted that a significant number of uveitis patients are not responsive to Humira. There is hope that ‘1805’s mechanism of action will provide a more robust response to this disease.

In addition to ‘1805, Revolo is also developing ‘1104, a peptide derived from a natural immune-regulatory protein. This asset is expected to enter clinical development for patients with eosinophilic esophagitis (EoE) and allergic disease. The company will assess ‘1104 in a Phase II EOE study, as well as a Phase II allergen study.

Those indications are just the tip of the iceberg for what Revolo’s pipeline could achieve. The company conducted a robust compatibility screening and identified 150 different diseases its drugs could impact.

“The good news for us, is we’re not trying to find a needle in a haystack. We have a haystack made out of needles,” Rigby quipped.

Rigby currently has about 25 full-time employees, but is hiring as it grows. Revolo is expanding its clinical and regulatory operations in order to execute on these programs, Rigby said. While the company is located in a non-traditional biotech hub, Rigby said he doesn’t think that will hamper any hiring, especially with remote work options.

“Being able to work remotely has been able to help us attract the talent we need. The model seems to work incredibly well. We’ve attracted highly attractive people through our network,” he said.

Revolo’s early clinical work is already garnering interest from medium to large biopharmaceutical companies, Rigby noted. With its rebranding, Revolo is increasing the amount of exposure it receives, drawing even more eyes.

“We’re not your usual biotherapeutics company. We have something different, something revolutionary. Our goal is to create superior long-term suppression of autoimmune disease. We are never going to lose the focus of that from the core of what we do,” Rigby said.