Get to Know Norman Sussman, Chief Medical Officer at DURECT 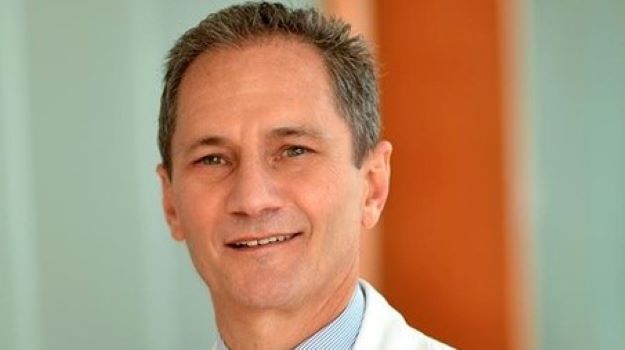 BioSpace recently spoke with Norman Sussman, chief medical officer at DURECT, a company committed to transforming the treatment of acute organ injury and chronic liver diseases by advancing novel and lifesaving therapies based on its endogenous epigenetic regulator program.

Q: What are your daily activities as Chief Medical Officer at DURECT?

A: I have several jobs. Number one is to establish the centers for our trials, make sure that we have good-quality investigators, keep an eye on the data and review any safety issues that arise. Our leading trial is a Phase IIb trial evaluating our lead epigenetic regulator drug (DUR-928) in alcohol-associated hepatitis (AH), previously called alcoholic hepatitis. AH is a life-threatening acute alcoholic liver disease caused by chronic heavy alcohol use and a recent increase in alcohol consumption, and has no approved treatments. These patients can be very ill, so they may have complications related to or unrelated to a medication they're getting. It’s very helpful for the company to have a liver doctor, especially at this stage of development.

Q: What drew you to DURECT?

A: I was just about ready to retire as a hepatologist, and at my last planned liver meeting in November 2019 I saw the Phase IIa data of DUR-928 in AH patients. I'm not joking when I tell you that I just could not believe that after 50 years, something could be this good. AH has been a frustrating disease for all the time I've practiced, and I just couldn't believe I was seeing those results, and I thought, "That's fascinating. I have to know more about it." Results from the trial showed that 100% of the treated patients survived the 28-day follow-up period, compared to a 26% historical 28-day mortality rate, which is higher than some cancers. Then when Jim and WeiQi called me and said "Hey, would you like to join the company?", I thought I was dreaming because I didn't think I would have had the chance to help in this way. DURECT’s drug is the kind of approach that we need to solve this immense problem. AH affects both old and young people, people with young families. It's a terrible disease and if we can come up with a cure, this will be a huge contribution. That's why I'm here.

Q: What is it about liver disease that intrigues you?

A: I trained in South Africa, and the requirement then was to do a medical and surgical specialty, six months of each, before you could get licensed. I was licensed in South Africa and I really wanted to expand what I was doing. I had the choice of going to London or the United States. The US offered such a wide range of opportunities. I actually worked for a while in London. Then, I ended up at Saint Louis University where I was a resident and then chief resident. One of my jobs as the chief resident was to do a weekly conference called an M&M—morbidity and mortality, conference. It was my job to find someone to discuss a difficult case. For the last one of the year, my mentor said, "This is going to be your case to present." He gave me a case of acute liver failure. I found it so fascinating that I've had an interest in it since then. I participated in the acute liver failure study group. I published on it. We developed the artificial liver to specifically treat that condition. It's really been a lifelong interest. Also, it’s important to have the opportunity to help patients, especially as younger and younger people are being affected by alcohol-associated hepatitis.

Q: Anything I haven’t asked?

The frequency of drinking and amount of alcohol consumed has increased during the course of the COVID pandemic. However, even before the pandemic, we were seeing an increasing number of people coming into the hospital with AH. With the current standard of care,  approximately one-third of those patients could die of liver failure within the first three months. New treatments are needed to address acute liver diseases such as AH. Acute liver failure occurs when your liver loses function or shuts down suddenly and, once it reaches a certain level of damage, can no longer recover. If the liver starts to regenerate before you hit that point, however, the health of the liver and the patient can improve. Achieving this has been an interest of mine for nearly all of my professional life, and DUR-928 has the potential to help with it, considering its mechanism of action as an epigenetic regulator, which we published recently. Our ongoing Phase IIb trial is evaluating DUR-928 on a severe form of AH which will involve 300 patients with two different doses of DUR-928 and a control, and it will be tested at multiple sites in the United States.