Gates Foundation, Gilead and Others Drop $55 Million on Series B for Lyndra Therapeutics 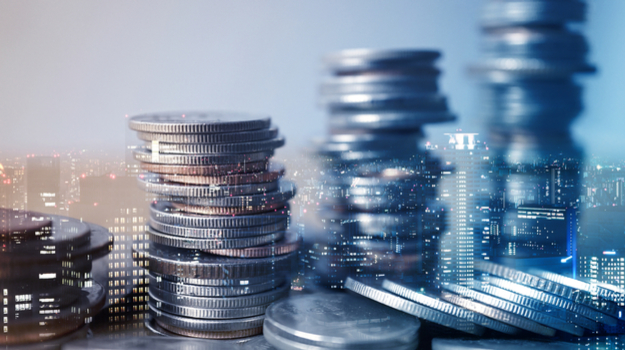 Lyndra Therapeutics, based in Watertown, Mass., announced the closing of a Series B financing round worth $55 million. All original investors from the $23 million Series A round led by Polaris Partners were involved. New investors include HOPU Investments, Gilead Sciences, Invus, the Bill & Melinda Gates Foundation and Orient Life.

The funds raised will be used to advance the company’s lead product into Phase II clinical trials, expand its Phase I pipeline, and scale-up its manufacturing capacity. It expects to submit an Investigational New Drug Application (IND) for a long-acting pill for schizophrenia this year with plans to start a Phase II trial in 2020.

Lyndra focuses on reformulating drugs that are used daily into once-a-week or even monthly dosages. Extended-release drugs currently on the market generally deliver drugs for 12 to 24 hours. Lyndra’s technology allows for the slow release of active ingredients over time. The pills are about the size of a fish-oil capsule. Their size and shape slows digestion to about a week, where they then break into smaller pieces and pass through the gastrointestinal tract. They are also working on formulations that last longer.

Within the digestible pill is a star-shaped structure with six arms folded in on itself. As stomach acid dissolves the pill, the arms unfold, releasing the active ingredients over time. As the star unfolds it also becomes larger, so it stays in the stomach longer. In time, the arms break off and the rest of the pill passed through the GI tract.

“From the beginning, the patient experience is at the heart of what we’re trying to do at Lyndra,” Amy Schulman, Lyndra’s chief executive officer, told the Boston Business Journal. “If you try too hard to change people, you’ll knock your head against the wall. We’re changing the pill to fit how people behave, instead of trying to change people.”

The company’s pipeline for once-weekly dosing includes drugs for Alzheimer’s disease, psychiatric disorders, opioid use disorder, cardiovascular and metabolic diseases, immunology, HIV ART and PrEP. Its once-biweekly pipeline focuses on malaria vector control. And its once-monthly doing pipeline is an oral contraceptive. The most advanced is for Alzheimer’s and psychiatric diseases.

The company’s technology was developed in the laboratory of Robert Langer with the Massachusetts Institute of Technology (MIT). Langer and Schulman co-founded Lyndra. Schulman was a former attorney for the pharma industry and a partner recruited to run the LS Polaris Innovation fund created by Polaris Partners in 2014.

The Gates Foundation largely focuses on improving the health and wellbeing in individuals in developing countries. Lyndra’s focus on malaria drugs and the overall approach to sustained-release drugs makes total sense. And Gilead has a deep focus on HIV as well as hepatitis B and C.

When the technology was first discussed, Schulman stated, “People around the world depend on medications that require taking a pill every single day or even multiple times a day. That approximately 50 percent of patients in the developed world do not take their medicines as prescribed, a statistic that is even more challenging in the developing world, has a demonstrable effect on healthcare outcomes and a cost estimates to the U.S. healthcare system alone of over $100 billion annually. Lyndra’s long-acting technology should make a real dent in this protracted problem and help change the lives of millions of patients who feel tethered to the daily pill.”