Caribou Biosciences is Armoring Cells to Fight Disease Through CRISPR 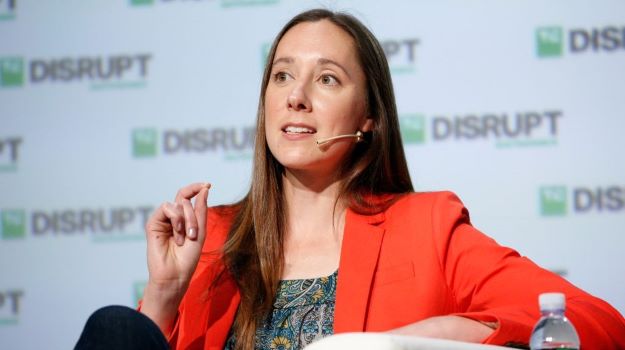 Dr. Rachel Haurwitz has studied a curious little protein for a long time.

As a graduate student in Dr. Jennifer Doudna’s laboratory at the University of California, Berkeley, Haurwitz found herself caught in the mysterious allure of CRISPR-Cas systems.

“Some of my fondest memories are answering very basic questions about how these systems work,” Haurwitz said. “I spent approximately five years studying one 187 amino acid protein, then called Csy4, now called Cas6.”

Now, Haurwitz is the CEO and President of Caribou Biosciences, a precision cell engineering company using specially designed CRISPR technology to develop medical therapies. The company’s overarching aim is to edit and equip cells with molecular tools, through CRISPR, to eliminate certain cancers.

Most recently, the company launched a wildly successful Series C financing round to raise over $100 million in funding for their pipeline.

Those fundamental discoveries in Doudna’s laboratory became the founding technologies of Caribou, which focuses on the design and implementation of next-generation CRISPR systems to treat cancer.

CRISPR works by binding to specific sequences in the DNA and cutting into the strands with molecular scissors. The complex is trafficked to the site of interest by a guide molecule, which is complementary to the target sequence and thus can bind to it. This can lead to several outcomes.

Either the cutting can damage, or “knock-out”, the gene of interest, thereby nullifying the gene’s function; or, the system can insert a new sequence into the cut site, thus introducing a new function to the gene. In both cases, CRISPR has allowed scientists to gain previously unparalleled editing access to the genome.

However, CRISPR faces several issues. Sometimes, the complex will not bind to the site of interest and will instead bind elsewhere. This, in turn, leads to potential off-target editing, where a site that should have been left alone is now snipped and edited.

As Haurwitz describes it, Caribou’s CRISPR technology has evolved to directly target these problems. Its proprietary technology revolves around custom-designed chRDNA guides, pronounced “Chardonnays” – like the wine. chRDNAs contain a hybrid of DNA and RNA molecules, marking a departure from the original purely RNA guides.

Combining DNA and RNA to form a better guide molecule was inspired from a cleverly counterintuitive theory. Adding DNA to the guide decreased the guide’s DNA binding affinity – which one might initially think would then hinder the system’s cutting efficiency. However, this approach actually has multiple advantages to increase the specificity of the complex’s editing capabilities, limiting any off-target effects.

Furthermore, including DNA bases in the guide molecule perturbs the geometric structure of the protein complex, further decreasing the chance that the complex will cut incorrectly.

Because the guide molecule is so specific to the sequence it binds to, the CRISPR complex still retains a high degree of binding affinity.

“There are 20 base pairs that form between the guide and the target genome,” Haurwitz said. “This is an incredibly high affinity complex. There was plenty of wiggle room to reduce that somewhat, and still get just as high a degree of editing at that target site.”

Caribou has implemented their chRDNA technology to target various types of cancer. Its lead candidate, CB-010, is an allogeneic CAR-T therapy to target B cell non-Hodgkin lymphoma – allogeneic meaning that the T cells are not derived from the patient. CB-010 consists of T cells that are edited outside of the body, making them more prone to targeting and killing cancerous cells. Haurwitz envisions this as an off-the-shelf therapeutic, ready-made for patient use.

This is a different approach from other autologous therapies, where the T cells are derived from the patient’s own cells. What, then, was the thinking behind Caribou’s pursuit of allogeneic strategies?

“We and many others believe that the future of this field is largely off the shelf, or allogeneic,” Haurwitz said. “There’s a timing element here; for the autologous CAR-T therapy, because the therapy is made from the patient’s own cells, patients have to wait two to six weeks for their product to actually be made. Some of these patients actually do not have two to six weeks to wait. Cutting that down to zero, because there is already a therapy in the freezer for them, is very attractive.”

A widespread issue of allogeneic CAR-T therapies is immune system intolerance. Because the T cells are foreign, the immune system is likely to pick up on the new cells as a threat and thus eliminate them. Caribou’s solution to this problem is to use their chRDNAs to delete the PD-1 protein in the T cells.

“In the case of non-Hodgkin lymphoma, the majority of the tumors are PD-L1 positive, meaning they present the ligand that will activate the PD-1 axis and shut down the T cells. We want to prevent them [the T cells] from being exhausted rapidly, keeping them in a more active state for a longer period of time,” Haurwitz explained.

By using multiple chRDNAs to edit multiple target sites in the T cells, Caribou is able to create a T cell line with enhanced abilities to specifically target and eliminate cancerous cells. They call this technique, fittingly, “armoring” the cell.

In the battle between T cells and cancer, Caribou’s goal is to make sure that the T cell wins.

While CB-010 has entered Phase 1 clinical trials, Haurwitz is excited for the promise that their chRDNA technology holds for other cancers. Caribou is currently exploring the use of induced pluripotent stem cells, differentiated into natural killer cells and armored through gene editing, to target and kill solid tumors.

“CAR-T’s largely only work against liquid tumors, and they’ve largely failed against solid tumors,” Haurwitz said. “It’s extremely hard for T cells to even get to solid tumors, let alone have anti-tumor activity. Instead, we’re going to use natural killer cells, that are part of the innate immune response, which are better at getting to solid tumors and inherently have anti-tumor activity. Then, we want to use our genome editing to make a number of sophisticated changes to further boost the activity and target ability of these cells.”

Looking more broadly, Haurwitz is well aware of the scientific craze that surrounds CRISPR, and the crop of gene editing companies that are popping up to crowd an already competitive biotechnology niche. She is optimistic, however, that Caribou will continue to carve out a therapeutically significant path forward.

“We believe that our chRDNA technology is quite differentiated from the competition,” said Haurwitz. “The specificity is really quite unique compared to other genome editing technologies available today, and that in itself is exciting and interesting.”

Armoring cells to battle disease is a complex but worthwhile fight. For Haurwitz and the rest of the team at Caribou Biosciences, it’s about making therapies better and more effective. Now is the exciting stage – actually taking the Nobel-Prize winning premise of CRISPR and translating it to benefit people.

“We can take all of our capabilities and expertise to deploy them against diseases and targets for which there are no cell therapy solutions today,” she said.