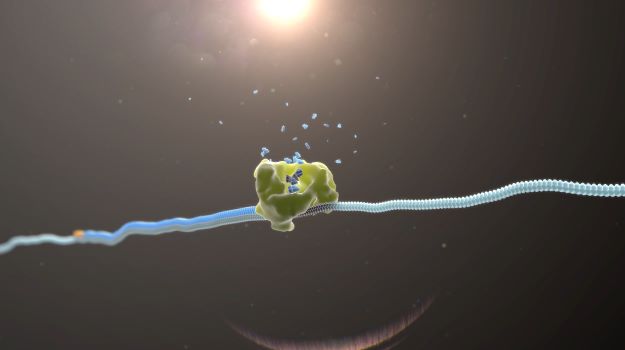 BioSkryb has developed a more robust technology for whole genome sequencing that accurately and uniformly captures more than 95% of the genomes of single cells.

“It’s all based around resolution, so ResolveDNA is analogous to providing a better microscope – but for the genome,” said co-founder and CEO Jay West, Ph.D.

Kits contain the core technology (including proprietary nucleotides) and a product solution (the enzymes and reagents) to help researchers amplify the genome of samples as small as a single cell to prepare and analyze the data, looking at the whole genome of a species. Cell barcodes also can be attached to the amplification products for pooling and downstream analysis.

The company’s initial focus is around oncology.

“There’s a lot of the genetic diversity in tumors that isn’t captured by standard sequencing, so researchers haven’t seen enormous utility from sequencing,” Gawad said.

He began tackling the problem as a post-doc at Stanford University and continued the work in his own lab at St. Jude Children’s Research Hospital, where he finally teased out a solution. “It was a simple idea, but became quite powerful.”

As Gawad and colleagues explained in a recent research paper, Accurate Genomic Variant Detection in Single Cells with Primary Template-Directed Amplification, “PTA takes advantage of the processivity, strong strand displacement activity, and low-error rate of phi29 polymerase used in (multiple displacement amplification) MDA. However…exonuclease-resistant terminators are incorporated into the reaction, creating small double-stranded amplification products that undergo limited subsequent amplification. This transforms the reaction from exponential into a quasilinear process, with more of the amplification occurring from the primary template.”

This approach allowed DNA proportions to be maintained after amplification and the genome to be copied evenly, thus reducing artifacts, Gawad said. “We’re capturing more information from the genome, with fewer errors.”

Importantly, PTA technology can be dropped into labs without affecting workflow. “It takes about an hour of hands-on time and requires only a few steps,” he added.

Before BioSkryb launched the ResolveDNA and Trailblazer technology, the company took it to key opinion leaders and major laboratories that are well-versed in WGA.

“They were overwhelmingly positive,” Gawad said. When comparing PTA results to their prior WGA data, “They found that a lot of artefacts in the data e disappeared and gaps were filled in, so they have a new level of detail,” which has led to novel insights.

ResolveDNA is commercialized, but the company is still in its innovation phase, West said. “We’re releasing products for research use only. We have a long-term mission to improve patient outcomes, but first we have to move into the market and have clinical validation of the product.”

Eventually, West envisions clinical applications, such as enabling physicians to select therapies based on the genomics of tumor cells.

“Cancer is a tough disease,” West said. “Some tumor cells don’t respond to a given therapy. They evade and repopulate, causing a relapse. When that happens, the genetic composition of the tumor has changed. That’s hard to assess using standard technology.”

PTA may allow those changes to be identified and annotated for better-focused therapies.

BioSkryb developed DMEM, a tool to map genome-wide interactions of mutagens, as part of its mission to develop new applications for WGA. As Gawad explained, “DMEM lets researchers measure the magnitude, genomic locations and nucleotide context of ENU-induced mutations in living human cells. It offers base pair resolution for living single cells, making it valuable in measuring off-target actions for drug candidates.

This is a marked contrast to the widely-used Ames test. That test, developed in the 1970s, tests chemicals against a particular strain of Salmonella typhimurium to determine toxicity.

“How that is related to human genetics is unknown, but it probably only partially captures the effects of mutagens in human cells,” Gawad said.

As West said, “We are passionate about translational science – asking biological questions that have real clinical impact.” Single-cell genomics applications include the ability to perform single-cell evaluations of biopsies, including:

To expand applications, BioSkryb recently announced a grant program to fund two researchers up to $20,000 each to demonstrate that their research can fuel new discoveries in single-cell genomics and help improve human health. Applications will be accepted through January 29, 2021 and awarded March 1 at The Advances in Genome Biology and Technology (AGBT) 2021 General Meeting.

At BioSkryb, West continued, “We’re focused on supporting the research market broadly.” ResolveDNA can be used for high-throughput, parallel reactions in microfluidic devices or emulsions. To that end, the company is working to increase throughput beyond its current 24 & 96-reaction/cell format. It also may combine transcriptomic amplification and analysis to its genomic model, allowing researchers to gain insights into the relationships among cell state, genotype, and cellular phenotype.