Despite a Lack of Research, CBD Remains Popular 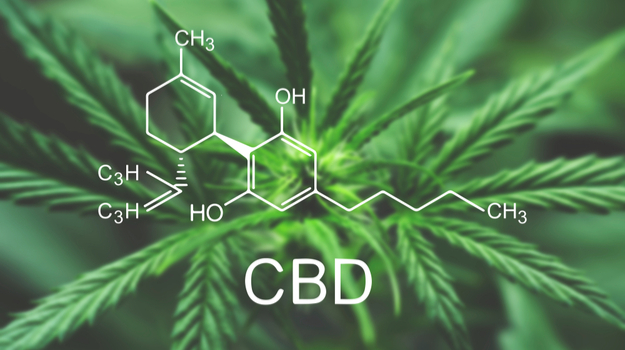 These days, it’s not hard to find stores selling cannabidiol (CBD) products. Most often, these will be in the form of CBD oil, but some places also sell creams and other products that contain CBD. However, even with its popularity, there really isn’t much research on it and its effects. This means that many of its supposed health benefits may not be true at all.

Regardless, many people still swear by its effects and how much it has helped them and thus, it remains popular.

What it is, and its reported benefits

CBD is one of many chemical components within the marijuana plant. It is nonintoxicating, meaning it’s not possible to get “high” off it, but many believe that it still has medically significant benefits when used correctly. This is in contrast with one of the other notable components of marijuana, tetrahydrocannabinol (THC), which is intoxicating.

Together, CBD and THC constitute the main two components of what makes marijuana psychoactive.

CBD is most often taken orally through swallowing oil containing it. Its supposed benefits include being able to treat epilepsy, multiple sclerosis, chronic pain, social anxiety disorder, and help aid with quitting smoking. For these reported benefits, many now take CBD oil to treat whatever ailment they may be suffering from.

But this isn’t a result of any sort of scientific research pointing to these benefits. Many take it in spite of this lack of evidence and instead go by word of mouth and anecdotal evidence from others who have tried it.

While there is a lack of research on the medical benefits of CBD, some studies do exist, and their findings are enlightening. Most notably, several studies have been done regarding CBD’s efficacy for treating epilepsy and they all have found that CBD is superior to placebo treatment for reducing how often the patients would have seizures.

As a result, the U.S. Food and Drug Administration (FDA) decided to approve a new drug for treating epilepsy that contains CBD, which marked the first, and still only, time the FDA has approved any cannabis-based treatment.

While the epilepsy studies turned up positive results, the same can’t be said for quite a few other studies that have been done on CBD’s benefits.

One such study was done regarding using CBD to treat Crohn’s disease. It turned out that, while CBD was deemed safe in Crohn’s disease patients, it had no measurable benefits. However, the researchers point out that this lack of efficacy could be either the result of CBD having no beneficial effect for Crohn’s disease or it could be because of the low dose that was used in the study.

Similarly, there is very little evidence in favor of CBD being able to help treat schizophrenia. But more studies need to be done on it before anything conclusive can be said on the subject.

The future of CBD

While there may not be a whole lot of research on CBD, there are many studies that are either currently ongoing or are planned to start in the near future. Some of these include a study that has been looking into CBD’s potential for treating psychosis, and it already is producing positive results. Another that has recently started is researching how well CBD may work towards treating chronic pain.

There is also a very promising study currently recruiting for phase 2 clinical trials that will test how well sublingual CBD can improve anxiety in adults. If it proves successful, then doctors may eventually have a safe alternative to benzodiazepines for treating general anxiety disorder.

But the future of CBD isn’t just more research. There will also be a host of legal fights and red tape that may impede CBD from being considered a legitimate medicine. Even with more and more states legalizing cannabis and hemp, CBD remains in a very murky legal area. That is, it’s considered legal only if the CBD is extracted from hemp and contains zero THC whatsoever.

On top of this, it’s illegal to market it as a dietary supplement or add it into food or drink. Though, some places still sell it as a food additive nonetheless, prompting local governments to crack down on it.

Regardless of the legal issues and the lack of research, it would seem as though CBD is here to stay. And, as more places legalize cannabis in its entirety and more research is conducted regarding its health benefits, CBD will no doubt end up becoming even more mainstream and widespread.