Leading People From Nothing to Nowhere: A Lesson in Leadership

In 1930, a Japanese engineering firm worked with the Honduran government to build the Choluteca Bridge. It was a state-of-the-art, much-needed access point for the people of the Honduras, built to withstand the high winds and hurricanes that plagued the region. Then in 1998, the unthinkable happened. A tropical storm in the Caribbean Sea turned into a brutal category 5 hurricane hit and Honduras was decimated—but, just as intended, the Choluteca Bridge stood strong. However, something very strange and unexpected happened that changed everything: The river moved and the bridge suddenly lead from nothing to nowhere. Here’s my interpretation of three important things we can all learn from the Bridge to Nowhere. 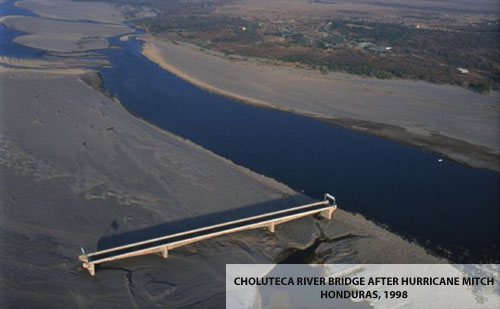 First, every construction expert in the world will tell you the most important part of the building process is the soil—that same concept applies to the soil that your organization is built on, which is your culture. How would you describe your soil or culture? Is it rich and fertile, or is it heavy and difficult to work with?

If you can't remember the last time you conducted a soil test to assess the health of your culture, it's probably long overdue. There may be are pockets in the culture that are complacent, passive aggressive and even hostile. Those are areas we can influence culture with our management practices and our people skills. In the pursuit of happy, healthy cultures, we tend to focus our efforts on building highly skilled, highly productive teams. Organize your teams in such a way that requires interdependence upon one another for success—get rid of silos. To demonstrate how serious you are, build compensation plans around “the success of others” model.

Most importantly, be absolutely certain you have team leaders who not only align with your culture values, but cultivate those values throughout the organization. Be prudent and swift, because one bad leader can spoil the whole bunch. The next major take away from the Bridge to Nowhere is be honest about where you're going, even if you don't know. The biggest mistake you can make as a leader is to assume (or even worse pretend) you have all the answers. Be humble and admit when you're not sure. If you've done your job and hired great people, you should have plenty of folks around you eager to step up and take the lead. 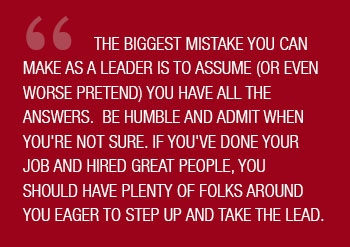 If the path is clear only to you, it is your duty to take as much time as necessary to draw it out for your team. Once the vision is clear to everyone, then get out of the way and let your folks do their jobs! If you’re not sure about the path, trust the bright and talented people around you to figure it out. That once simple act of humility will catapult you to the ranks of “greatest leader of all time” and your people will likely follow you anywhere.

So here's the tricky part. What happens when your river moves?

Let's get one thing straight, if something catastrophic hasn’t happened to your organization yet, trust me, it will. There are just too many variables we can't control...our customers, financial markets, natural disasters, cyberspace and the list goes on. And when that crisis happens, it's not what you do, it's why you do it. If you focus on moving the river back under the bridge (an almost impossible feat), you'll lose sight of the most important thing you set out to accomplish in the first place—bridging the gap.

When you’re leading people, it means people are following you, which is an honor and a privilege. Our actions as leaders have consequences up and down the line, like a rock rippling through the smooth surface of a lake. As a leader, it’s our job to be the ultimate champions of the organizational goals, but also to pay attention to the individual needs and aspirations of each member on our team.

That’s how we keep everyone marching on a course toward success and accomplishment. It’s an unsettling feeling when the earth moves under your feet, but these disruptions are the perfect stage for great leadership skills to arise.

So respond with hyper-vigilance to keep your culture intact and your eyes on the prize. After all, a company is only as strong as the people who power it every day.