Why This Pharma May be the Best CAR-T Bet, Not Gilead 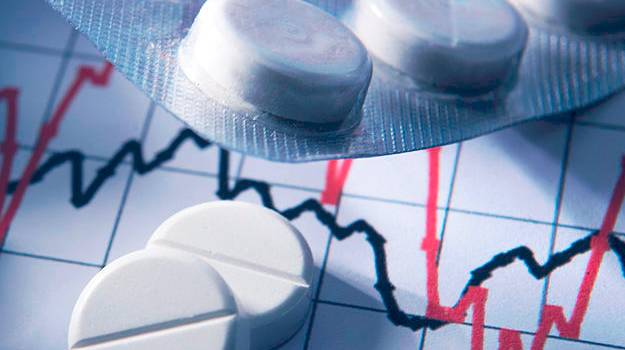 CAR-T therapy is the big thing right now, with this week’s approval of Gilead Science Yescarta and the recent approval of Novartis’ Kymriah. The two companies—for now—aren’t competing for the same indications, but they’re likely to be soon. And they won’t be the only ones in the field. Todd Campbell, writing for The Motley Fool, takes a look at Celgene’s efforts in the CAR-T field.

CAR-T, which stands for chimeric antigen receptor T-cell therapy, involves drawing blood from a cancer patient, isolating the T-cells, engineering them to supercharge their response to the patient’s specific cancer cells, and reinfusing them back into the patient’s body. Novartis’ Kymria was approved for acute lymphoblastic leukemia. Gilead and Kite’s Yescarta (axi-cel) was approved for relapsed or refractory large B-cell lymphoma, a type of non-Hodgkin’s Lymphoma (NHL).

Celgene is a big player in cancer, expecting to bring in $13 billion in sales this year, which would be a 16 percent growth from last year. It also is developing CAR-T therapies in collaboration with bluebird bio and Juno Therapeutics.

Bluebird presented exciting data on bb2121 at the American Society of Clinical Oncology (ASCO) meeting in June, which it’s developing with Celgene. In early trials, it had a 100 percent response rate in multiple myeloma patients who had earlier failed a median of seven prior treatments.

Campbell writes, “Those results are potentially game changing in this indication because these patients have few existing treatment options. If bb2121 eventually wins a Food and Drug Administration (FDA) green light, it could be a big moneymaker for Celgene, given that Celgene’s Revlimid and Pomalyst already dominate early-line treatment in multiple myeloma. Revlimid sales were $2 billion and Pomalyst’s sales were $391 million in Q2 2017.”

Juno’s JCAR017 uses a similar mechanism as Gilead’s Yescarta, but in trials appears to have a better safety profile. CAR-T therapies have severe, sometimes deadly side effects. The most widespread is cytokine release syndrome (CRS), which is an infusion reaction that causes a massive immune over-response. There have also been cases of neurotoxicity. Both Novartis and Gilead-Kite have developed protocols to deal with the side effects and require healthcare workers to have specialized training to deal with them.

But Juno’s JCAR017 appears to have fewer problems than Yescarta. Campbell writes, “If Juno Therapeutics duplicates JCAR017’s data in pivotal trials, it and Celgene, which has ex-U.S. licensing rights to JCAR017, could challenge Yescarta’s market share. JCAR017’s final data is expected to be in the FDA’s hands in 2018.”

For blood cancers, CAR-T is likely to become standard treatment, and a number of companies are working to develop it for solid tumors. One of Celgene’s advantages is it has collaboration deals compared to Gilead acquiring Kite Pharma for $11.9 billion. If bluebird’s bb2121 is approved, Celgene will pull in 50 percent of sales if bluebird exercises its co-commercialization rights, but it will only pay $230 million in milestone payments.

Juno will commercialize JCAR017 in North America and Celgene will pay royalties outside the U.S. where Juno doesn’t market the therapeutic. Celgene has about a 10 percent stake in Juno, so it benefits there as well. Celgene dropped about $1 billion to license Juno’s CAR-T research and invest in the company.

Campbell writes, “Admittedly, there’s no guarantee that research at bluebird bio and Juno Therapeutics pans out. Nevertheless, given Celgene’s past successes and its small financial commitment to these promising therapies, I can’t help but think Celgene offers investors the best balance of risk and reward in this emerging class of drugs.”