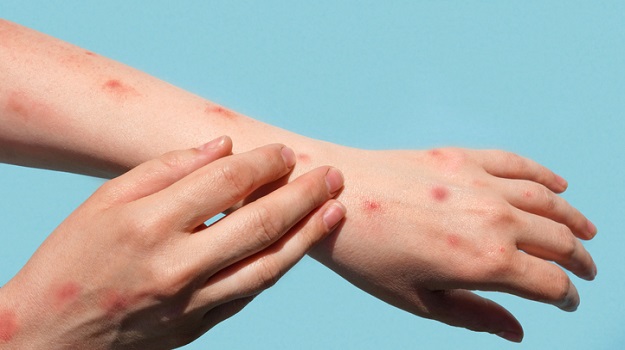 The World Health Organization declared the emerging monkeypox outbreak an international public health emergency. This indicates that the WHO sees the outbreak as significant enough that a coordinated global response is needed to control the virus. It is the organization’s highest alert level.

“We have an outbreak that has spread around the world rapidly, through new modes of transmission, about which we understand too little,” WHO Director General Tedros Adhanom Ghebreyesus stated. “For all of these reasons, I have decided that the global monkeypox outbreak represents a public health emergency of international concern.”

Typically, people recover from monkeypox in two to four weeks. The virus results in a rash that can spread all over the body. It is a disease typically seen in Africa, only rarely in North America and Europe. Approximately 80% of the confirmed infections this year have been in Europe, with more than 2,500 in the U.S.

The disease is not new, but it is typically confined to remote parts of West and Central Africa, where rodents and other animals carry the virus. Global infectious disease experts have expressed concern over public health organizations’ failure to contain the outbreak.

The monkeypox virus belongs to the same family of viruses as smallpox, although it causes a significantly milder disease than smallpox. Smallpox was eradicated via a global effort by 1980. The smallpox vaccine appears to be effective in preventing monkeypox. However, few people younger than about 60 years of age have been vaccinated for smallpox.

Monkeypox is primarily spread via skin-to-skin contact during sex. It can be spread through contaminated bedding and other contacts. Although men who have sex with men are at the highest risk at the moment, the WHO and the U.S. Centers for Disease Control and Prevention warn that anyone can catch it regardless of sexual orientation.

The current outbreak seems somewhat atypical. In earlier outbreaks, the disease started with flu-like symptoms, such as fever, headache, muscle aches, chills, exhaustion and swollen lymph nodes. It then develops a rash. However, this new outbreak appears to start with a rash without the flu-like symptoms. The rash can be easily confused with common sexually transmitted diseases.

White House COVID-19 Adviser Dr. Ashish Jha, M.D., noted that the threat of monkeypox in the U.S. is “pretty small,” saying, “No Americans have died of monkeypox in this outbreak.” He added that he supported the WHO’s declaration, saying, “I think Dr. Tedros made the right call. We are seeing monkeypox in lots of countries around the world, many of them not doing — not really being able to manage it. Here in the United States, we have a little over 2,000 cases. We have substantially ramped up testing, we have substantially ramped up vaccinations.”

The U.S. has not declared a state of emergency. The CDC has plans to streamline access to the antiviral drug Tpoxx used to treat monkeypox. The drug must be obtained from the strategic national stockpile and is only approved for use in smallpox cases.

The Infectious Diseases Society of America, stated, “The reduction in paperwork and other documentation required to obtain treatment is welcome news, and we anticipate it will expedite access to treatment. However, more work remains to streamline and expand access to treatment and to collect data to further inform tecovirimat use.”

The U.S. has also made a limited supply of monkeypox vaccines available. These are reserved for highest-risk individuals, typically sexually active gay and bisexual men or people with known exposures.

A case of monkeypox in a baby in Madrid has been reported, as has a case in a child from Amsterdam. The baby, seven months old, contracted the virus at home. Both parents were infected. Two children have been diagnosed with the illness in the U.S., an infant and a toddler. The CDC indicates they believe the cases were caused by household transmission. The toddler was in California, while the infant’s family was traveling in Washington, D.C., but were not residents of the U.S. The cases appear to be linked back to men who have sex with men, but the investigation is still ongoing. The children in the U.S. have symptoms but seem to be in good health, according to the CDC.

“I don’t think it’s surprising that we occasionally are going to see cases in individuals that are not gay, bisexual or other men who have sex with men,” Dr. Jennifer McQuiston, DVM, MS, who leads the CDC’s monkeypox response said. “The social networks that we have as humans means we have contact with a lot of different people.”

McQuiston indicated the median patient age is about 36 years, with the oldest patient in their 70s.