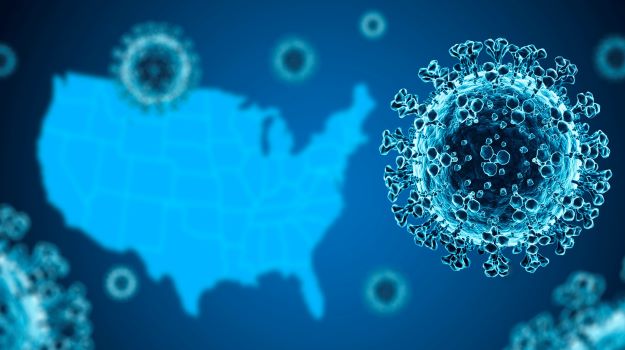 At the beginning of April, the COVID-19 pandemic appeared to have plateaued. Now, public health officials are seeing a notable rise in cases and expressing concerns over yet more subvariants of the SARS-CoV-2 virus. For those stories and more, continue reading.

Moderna reports it is preparing a significant supply of its vaccine booster against Omicron and other COVID-19 variants by this fall. In April, the company said its new bivalent COVID-19 vaccine booster shot was more effective against all variants than the original vaccine. It expects initial data on the Omicron-specific vaccine in the second quarter.

"We're confident by the fall of this year we should have large amounts of that new booster vaccine that will protect against Omicron and other variants," Moderna's Chief Medical Officer Dr. Paul Burton, M.D., Ph.D., said in an interview on CBS's "Face the Nation."

"Each of these surges are about four to six months apart," Birx said of the South African surges. "That tells me that natural immunity wanes enough in the general population after four to six months that a significant surge is going to occur again. And this is what we have to be prepared for in this country."

However, only about 30% of South Africa's population of 60 million have been vaccinated, compared to more than 60% in the U.S.

And in that respect, cases do seem to be rising across the U.S. in what is being called the first widespread increase since the peak of the Omicron surge in January. Reports plateaued at the beginning of April, but now they appear to be on the rise, although most cases are relatively mild.

Pfizer reported top-line results from the Phase II/III EPIC-PEP trial of its antiviral regimen Paxlovid (nirmatrelvir and ritonavir tablets) for post-exposure prophylactic use. The company did observe risk reductions of 32% and 37% in adults who received Paxlovid for five and 10 days, respectively, to prevent infection. However, these figures were not statistically significant, so the trial failed to hit the primary endpoint of reducing the risk of confirmed and symptomatic COVID-19 in adults who had been exposed via a household contact.

"While we are disappointed in the outcome of this particular study, these results do not impact the strong efficacy and safety data we've observed in our earlier trial for the treatment of COVID-19 patients at high risk of developing severe illness, and we are pleased to see the growing global use of Paxlovid in that population," stated Albert Bourla, company chairman and CEO.

Two New Subvariants Seem to Dodge Immunity from Past Infection

Two new subvariants, or sublineages, of the Omicron variant, appear to avoid antibodies from early COVID-19 infection. Their ability seems to be strong enough to result in a new surge, but they don't survive well in vaccinated people, South African scientists report.

The subvariants are Omicron BA.4 and BA.5, which the World Health Organization added to their watch list last month. The study is very small, based on blood samples from 39 participants previously infected by Omicron; 15 were vaccinated, eight with Pfizer-BioNTech, seven with Johnson & Johnson, and 24 were not vaccinated.

"The vaccinated group showed about a 5-fold higher neutralization capacity … and should be better protected," the authors wrote in the study, which has not been peer-reviewed yet.

In a related story by the Washington Post, virologists note that the SARS-CoV-2 virus continues to evolve and mutate, which has been an unpleasant surprise. Coronaviruses typically mutate slowly, and early predictions about COVID-19 being stable have been dismayingly wrong. Some of the virus's ability to mutate may be related to how widespread it has become — billions of cases, which increases the opportunities to mutate.

"This virus has probably got tricks we haven't seen yet," virology Robert F. Garry, Ph.D., of Tulane University said. "We know it's probably not quite as infectious as measles yet, but it's creeping up there, for sure."

And Jesse Bloom, Ph.D., a computational biologist at the Fred Hutchinson Cancer Research Center in Seattle, noted, "It's evolving at a fairly rapid rate. I do think we need to aggressively consider whether we should update vaccines and do it soon."

Unusual Liver Disease in Kids May Not be Linked to COVID

There have been dozens of cases of severe hepatitis reported in children in the U.S., which some suspected was caused by COVID-19 infection. However, the U.S. Centers for Disease Control and Prevention issued a report on nine cases in Alabama that found they all tested negative for COVID-19 and had no documented history of COVID-19 infection.

U.K. experts speculated it might be associated with adenoviruses, which are tied to cold and flu symptoms. Several children tested positive for adenovirus type 41, which typically causes pediatric acute gastroenteritis, sometimes called stomach flu. And adenoviruses can cause hepatitis in immunocompromised children.

A House select subcommittee investigating the United States' response to the pandemic released evidence Friday describing how the Trump administration officials inserted themselves into COVID-19 guidance from the CDC related to faith-based communities. The email exchange involved then-White House counselor Kellyanne Conway and Paul Ray, then-administrator of the White House Office of Information and Regulatory Affairs.

Because several church services had been the source of super-spreader events, the CDC had recommended churches try tele-church approaches, particularly for the elderly and high-risk. Apparently concerned about religious liberty, the Trump officials allegedly pushed the CDC out of the briefings, and under the direction of President Trump, intentionally undercut public health officials' recommendations and attempted to muzzle their ability to communicate with the American public.

Researchers from the Los Alamos National Laboratory and the University of Illinois found that the amount of SARS-CoV-2 viral shedding occurring in people with asymptomatic or mild COVID-19 varied significantly. Their research suggests that the individual differences may account for "super-spreading." The study was in 60 newly diagnosed asymptomatic or mildly ill COVID-19 patients early in the pandemic.

Early research suggested that it was people's behavior with the mild or asymptomatic disease that caused superspreader events, but this research suggests there is an intrinsic infection dynamic involved.

A study led by the CDC evaluated at-home rapid antigen COVID-19 tests. It found the sensitivity of these tests peaked four days after the onset of symptoms. They suggest that a second test should follow a negative antigen test in one or two days. The research was in 225 adults and children from 107 households who tested positive for COVID-19 in San Diego County, California, and metropolitan Denver from January to May 2021.

The researchers wrote, "These findings support the current CDC recommendation for strict use of face masks in settings with other people and continued isolation from unvaccinated or immunocompromised individuals through 10 days after illness onset."