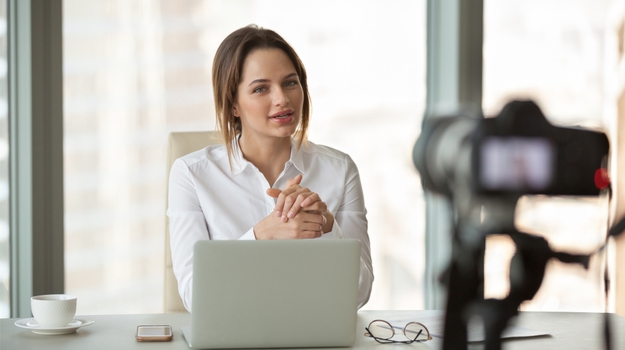 A woman doing interview practice to score the best.

Perhaps you’re a new entrant into the job market who lacks experience in job interviewing. Or perhaps you’re a job-market veteran whose resumes and cover letters yield loads of interviews – but you never seem to get the job offer. While these two groups may have the greatest need to polish interview skills, anyone actively interviewing for jobs can benefit from practicing interview skills. Various studies have suggested that a candidate’s background and qualifications are far less influential in their hiring decisions than interview performance and professionalism.

Here are some effective ways to practice:

Mock interviews simulate real job interviews and are conducted with a prospective job interviewee and an interviewer, often a career professional who can provide valuable input on your interview performance. The career pro will not only point out your shortcomings, but will acknowledge the areas in which you excelled, thus boosting your confidence. For the inexperienced interviewee, mock interviews provide an excellent picture of what to expect.

Many career coaches and consultants offer mock-interview training, as do most college career-services offices for advanced interview practice. Some students even schedule a mock interview just an hour or so before a real interview so the feedback is fresh in their minds.

While it can be helpful to conduct the interview in a venue where you won’t be interrupted, you may actually want your interviewer to create some interruptions to better simulate an actual interview. Take the mock interview seriously, and try to think of it as the real thing. Ask your interviewer to hit you with the trickiest and most difficult questions an employer might ask you.

Consider conducting mock interviews with a variety of people to garner different perspectives. If you’ve been doing them with career professionals, add friends to the mix. Your friends may be more honest with you about any shortcomings they see in your interview performance.

Mock interviews provide especially valuable preparation if you can have them video-recorded. A video-recorded mock interview that focuses on the non-verbal aspects of your performance – smile, enthusiasm, energy level, personality, confidence, voice, attire, posture, hand gestures, inappropriate body language – can be particularly worthwhile because many people exhibit behaviors while interviewing that they’re not even aware of. I once had a student who had no idea during a mock interview that he kept swishing his hand back and forth across the tabletop, as though he were brushing crumbs away. Another sniffed loudly and rhythmically throughout the interview. Both were nervous habits that the interviewees had no awareness of.

After a video-recorded interview with a career professional, the pro will generally play the interview back so you can both watch and constructively review how you did. Yes, you may cringe at your blunders, but you will learn from them.

Observing a recording of yourself will help you deal with vocal issues, such as a heavy accent, a baby-soft voice, failure to articulate clearly, speaking too quickly or too slowly, and talking through your nose.

An important key while reviewing the video-recorded interview is to put yourself inside the employer’s head and note how you come across to the viewer. Are you conveying the demeanor and message you want to? As you watch the playback, note the length of your responses, which should be less than two minutes.

Simulated interviews are generally computer-based, enabling you to practice interviewing, but with a virtual interviewer instead of a real person. You also must largely self-assess your performance instead of getting feedback from another person. Such simulations are usually offered by career professionals, especially at colleges. One example is the subscription-based My Interview Practice, which enables the use to select a job role and type of interview. Questions appear on the screen, and the user responds in a set amount of time. The user’s computer webcam and microphone record the responses. After the interview, the user can review his or her performance, share it with others, and ask for critiques. You can also find phone apps with these functionalities.

One technique is to rehearse responses aloud by yourself, enabling you to hear how your answers sound and adjust your verbiage as needed. Recording these rehearsals and then listening to the recordings from the employer’s perspective can help the prospective interviewee refine and polish substandard responses. You can also try rehearsing in front of a mirror to check out your nonverbal mannerisms.

Mental rehearsal, for many years espoused by sports psychologists and practiced by athletes to relieve anxiety, contains the important element of visualizing success. Peak-performance expert Peter Murphy, who notes that interview practice success in preparing interviewees is based on neuro-linguistic programming, recommends that mentally rehearsing both from the interviewer’s perspective and your own. “In your imagination,” Murphy writes, “visualize yourself at the interview comfortable and at ease meeting people, feeling relaxed and confident.” Positive self-talk will help ward off any self-doubt that may creep in during the rehearsal.