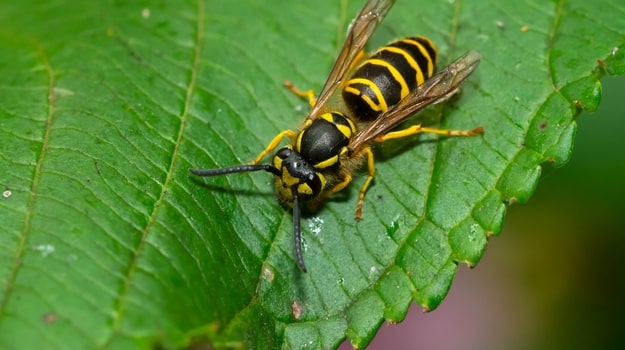 Wasp venom can be used for sepsis and tuberculosis.

Scientists in the Perelman School of Medicine at the University of Pennsylvania hope to use powerful antimicrobial molecules found in the venom of the Vespula lewisii (Korean Yellow-jacket wasp) against the antibiotic-resistant bacteria that cause sepsis and tuberculosis.

The mechanism of the potential new antibiotic works by disrupting the bacterial membrane, and it has been found to activate immune cells in animal models.

There is an urgent need for new antibiotics to which bacteria have not yet adapted. In 2017, sepsis was held responsible for approximately one in every five deaths globally. The U.S. Centers for Disease Control & Prevention estimates that 2.8 million Americans are infected annually with antibiotic-resistant microbes, with more than 35,000 succumbing to the illness.

“Bacterial infections are extremely prevalent. The current projection is that by the year 2050, 10 million people will die per year as a result of bacterial infections that are resistant to existing antibiotics,” study senior author César de la Fuente, Ph.D., a Presidential Assistant Professor in Psychiatry, Microbiology and Bioengineering at Penn, told BioSpace.

De la Fuente shared that his lab took up the project because others had given up on converting this particular wasp venom into therapeutic uses due to its high toxicity against human cells.

“People tried to tweak it a little bit, but they couldn’t really figure out how to deplete this intrinsic toxicity that it had,” de la Fuente said. “Because we have a highly interdisciplinary lab where we bring together people from different disciplines including bioengineering, synthetic biology, and chemistry, we took it as a challenge. So we have the question, can we use the principles from these multiple disciplines to try to really repurpose this toxic molecule into a potential medicine?”

The team began with a small protein called mastoparan-L (mast-L), which is found in the venom of the Vespula lewisii. While mast-L can cause anaphylaxis, an inflammatory reaction rapidly fatal in susceptible individuals, it is also known to be moderately toxic to bacterial species, potentially making it useful in the development of a new class of antibiotics.

To increase the wasp venom’s safety in humans, the researchers searched a database of hundreds of known antimicrobial peptides and identified a small region called the pentapeptide motif which is especially potent against bacteria. They then used it to replace a section of the mast-L thought to be the primary source of toxicity to humans.

The premise has thus far bared out, as the altered antimicrobial molecules showed they could protect mice from lethal bacterial infections. The alterations also reduced the venom’s harm to human cells.

De la Fuente noted a very current relevance for the use of these naturally derived therapeutics.

“Now with COVID-19, actually we’re seeing a lot of the patients die from sepsis, from septicemia caused by pneumonia. And we know that part of those, a fraction of those pneumonia cases, are caused by a secondary bacterial infection. Because patients with COVID are immunocompromised, and so they get secondary infections caused by bacteria,” de la Fuente said.

Other potential therapeutic uses for wasp venoms include lung infections associated with cystic fibrosis, and a host of skin infections, any of which could potentially lead to sepsis.