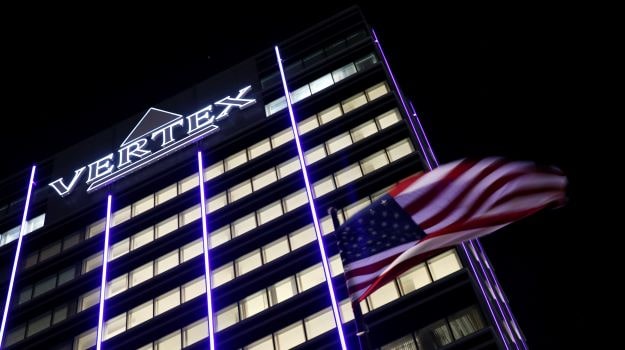 The Phase II trials focused on patient populations with acute pain following abdominoplasty surgery or bunionectomy surgery. Patients were treated with an initial dose of 100mg followed by 50mg every 12 hours. The onset of action was rapid and sustained during pain assessments in both patient populations studied. Both Phase II trials met their primary endpoints, which was an improvement in pain intensity measured over 48 hours after treatment.

In addition to demonstrating clinical efficacy, VX-548 was also generally well-tolerated in both studies, with no serious adverse events related to treatment being reported. Mild to moderate adverse events included headache and nausea. VX-548 was also discontinued less often than placebo and hydrocodone bitartrate/acetaminophen, which was studied in a reference arm of the trial to investigate the efficacy of VX-548 further.

“The remarkable consistency in the safety, tolerability and efficacy results in these two studies demonstrate the potential of VX-548 to be a first-in-class non opioid pain medication for acute pain. We are working with urgency to advance the program into Phase III with the goal of bringing forward the first novel pain treatment in decades to address the unmet needs of patients suffering from acute pain,” Carmen Bozic, M.D., executive vice president, global medicines development and medical affairs and chief medical officer at Vertex, said.

VX-548 is an oral, selective inhibitor of sodium channel NaV1.8 that will be used as non opioid pain medication. NaV1.8 channels are explicitly expressed in sensory neurons of the dorsal root ganglion, the most common type of sensory ganglion in the human body. Sodium channels mediate activity in excitable cells throughout the body, and sensory neurons specifically are essential in perceiving pain and how the body interprets such pain. NaV1.8 has been validated through human genetics to play an important role in pain signaling. However, no company has successfully developed a treatment that utilizes the mechanisms of the channel to prevent pain.

VX-548 selectively inhibits NaV1.8 using small molecules. By doing so, pain signals can be interrupted and prevented from traveling to the brain, which can relieve sensations of pain. In addition to VX-548, Vertex is also developing other small molecules that inhibit similar sodium channels.

After discussions with federal regulators, Vertex plans to advance non opioid pain medication VX-548 into pivotal development in the second half of 2022. Additionally, the full data set from the clinical trials are slated to be presented at a future medical meeting. If the drug moves forward in the approval processes, it could become an important treatment for acute pain sufferers that comes without the drawbacks of typical opioid therapies, which can be addictive.

The opioid epidemic has been ever-present in the minds of biopharmaceutical companies since the U.S. Department of Health and Human Services declared it a public health emergency in 2017. It has been the trend of biopharma companies to pay settlements for opioid-related claims for drug overdoses and deaths. The need for non-opioid pain management is now higher than ever. As of this writing, 78 clinical trials are currently recruiting regarding non opioid pain medication.