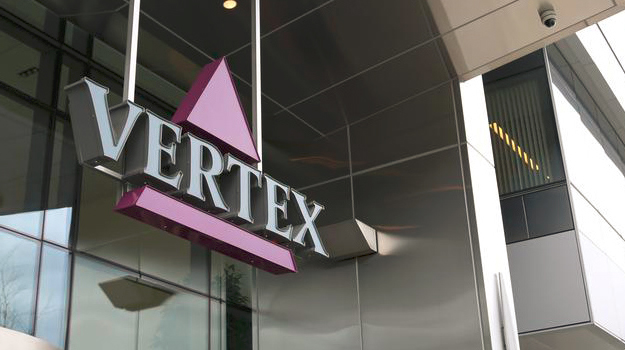 Cystic fibrosis leader Vertex Pharmaceuticals is diving into a new of Duchene Muscular Dystrophy with the acquisition of Exonics Therapeutics and an expansion of its two-year-old collaboration with CRISPR Therapeutics.

Vertex will harness gene editing capabilities to develop novel therapies for Duchenne Muscular Dystrophy (DMD) and Myotonic Dystrophy Type 1 (DM1). To support its dive into these diseases and gene editing, the company said it will establish a new genetic therapies research site in the Boston area where research programs, as well as vector development and clinical manufacturing for genetic therapies, including DMD and DM1 programs, will be conducted. To helm this new venture, Vertex tapped John T. Gray as its head of genetic therapies. Gray previously served as chief scientific officer at Audentes Therapeutics where he and his team focused on rAAV gene therapy for neuromuscular and liver disorders. Vertex said Gray’s capabilities and expertise are an “ideal fit with Vertex’s strategy to bring the multi-faceted components of genetic therapies together and to advance the science of genetic therapies, such that the Vertex genetic therapies platform offers the best of all this emerging approach has to offer.”

Duchenne muscular dystrophy is the most common and severe form of muscular dystrophy that primarily affects boys. The genetic disease causes a progressive loss of muscle strength attributable to a loss of a protein called dystrophin, which normally protects muscle fibers from breaking down. Approximately 15,000 U.S. patients are affected with Duchenne, with a total of 300,000 patients worldwide.

Under terms of the Exonics deal, Vertex will pay up to $1 billion to acquire the company, including $245 million in upfront funds. Privately-held Exonics is focused on the use of gene editing technology to permanently correct a majority of mutations causing Duchenne muscular dystrophy and other neuromuscular diseases. The company, which was formed two years ago, uses adeno-associated virus (AAV) to deliver a payload based on CRISPR-Cas9 technology that can identify and correct exon mutations that prevent the production of dystrophin. In multiple small and large animal DMD preclinical models, Exonics has used SingleCut CRISPR to genetically repair and restore dystrophin, the key protein missing in children with DMD. Last year, the company reported positive DMD gene editing techniques in canines. The technique restored about 50% of the normal levels of dystrophin in the legs and more than 90% in the heart.

Eric Olson, founder and chief science adviser of Exonics, said both DMD and DM1 are devastating diseases. He said Vertex has a proven track record when it comes to developing important therapies and added that Exonics is excited to combine efforts to “potentially develop a safe and efficacious one-time treatment for severe neuromuscular diseases.”

CureDuchenne, which co-founded Exonics in 2017, hailed the Vertex deal. The non-profit organization said Vertex has a strong track record in accelerating drug development for rare diseases and they are exactly what the Duchenne community needs to develop and test gene-editing treatments for DMD.

In December 2017, Vertex and CRISPR paired up to co-develop CTX001, an investigational ex vivo CRISPR gene-edited therapy for patients suffering from β-thalassemia or sickle cell disease. This morning, Vertex said it expanded its collaboration with CRISPR to discover and develop gene editing therapies for the treatment of DMD and DM1. For its latest agreement with CRISPR, Vertex said it will pay $175 million upfront for the exclusive worldwide rights to CRISPR Therapeutics’ existing and future intellectual property, which includes CRISPR/Cas9 technology, novel endonucleases, single and double cut guide RNAs, and AAV vectors for DMD and DM1 gene-editing products. For the DMD program with CRISPR, Vertex will be responsible for all R&D, manufacturing and commercialization. For the DM1 program, the two companies will share research costs. CRISPR Therapeutics is eligible to receive payments of up to $1 billion inclusive of the upfront and potential future payments based upon the successful achievement of specified research, development, regulatory, and commercial milestones for the DMD and DM1 programs.

CRISPR CEO Samarth Kulkarni said the expanded agreement with Vertex will allow the companies to make significant advancements in vivo approaches for gene editing and are excited about the potential for developing curative therapies for DMD and DM1.

Jeffrey Leiden, Vertex’s chief executive officer, said the two deals the company struck will bring together the intellectual property, technologies and scientific expertise that is needed to establish a leading gene-editing platform for DMD and DM1.

“These transactions are highly aligned with our strategy of investing in scientific innovation to create transformative medicines for people with serious diseases. We are continuing to build a toolbox of small molecule and nucleic acid technologies and capabilities that will allow us to drive scientific innovation to produce transformative medicines for a broad portfolio of diseases,” Leiden said in a statement.