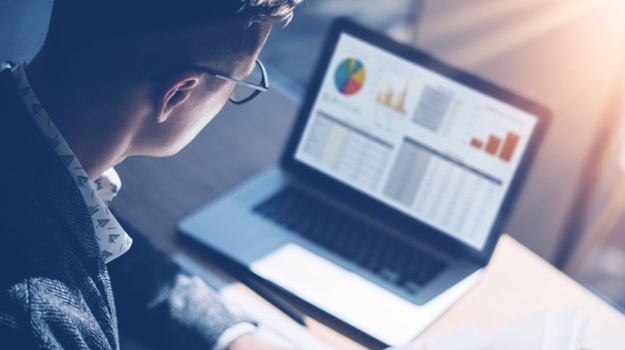 Vantage Pharma published a report that reviewed the biopharma and medical technology trends for the year-to-date. Broadly speaking, for biotech companies, venture capital investment is up and mergers and acquisitions are down, while for the medical device company it’s the reverse.

The report cites, “In the first half of 2018, the volume of venture financings and M&A deals declined in the device sector. In biopharma, however, it is the small drug developers that hold all the power. Funding is readily available, and these companies are fully aware that many big beasts of the sector are desperate for new growth stories. Buying innovation will not come cheap while this climate prevails, a quandary that should concern the biopharma sector as 2018 progresses.”

In terms of biopharma investment, the three-month percentage change for the NASDAQ Biotechnology (U.S.) market has been flat, while the S&P Pharmaceuticals (U.S.) and the Dow Jones Pharma and Biotech (U.S.) both dropped by 3 percent.

The report notes that, “The talk of a global trade war instigated by the U.S. cannot be helping any multinational company. On top of this, pharma groups are still haunted by the sector-specific risk of Trump administration action to limit drug price increases, an issue that is likely to attract mounting rhetoric as the November mid-term elections approach.”

One exception is GlaxoSmithKline, which reported 16 percent gains. Merck gained as well, largely built on its immuno-oncology blockbuster Keytruda. Roche, on the other hand, is losing the I/O battle with its Tecentriq, particularly in the lung cancer setting. Top three growth companies are GlaxoSmithKline, Merck & Co, and AstraZeneca, with the three biggest fallers being Johnson & Johnson, Roche and Novartis.

And for anyone who’s been covering this, it’s been a hot year for biotech initial public offerings (IPO), particularly in the second quarter of this year. The report cites developers of human therapeutics raising $2.3 billion on Western stock exchanges in the second quarter.

The report notes, “Venture capital is booming across all sectors, and over the past few years a new normal has emerged. Huge funding rounds of $100 million are no longer unique—Vantage counts 19 so far this year among biopharma groups, more than across the whole of last year—while the number of companies receiving funds continues to shrink.”

There also appears to be an increase in investment from China-based drug developers, and, the report states, “the huge flow of cash into Asian companies is another emerging trend. Growing competition among U.S. venture investors for prime opportunities has forced many to look offshore, while many Far East investors are similarly flush with cash.”

Although the beginning of the year looked promising for buyouts, with Sanofi buying Bioverativ and Ablynx in the first quarter, and the biggest deal so far this year, Takeda Pharmaceutical buying Shire (what the report dubs “Shikeda”), it’s actually been something of a quiet year, although the analysis is a bit complex. “Top-line figures suggest that after a quiet 2017, biopharma M&A is back with a bang. With $115 billion in announced deals across the first six months of 2018 the money committed to takeouts already surpasses last year’s total. However, a look behind this figure shows that hopes for a buyout boom should be tempered: the number of deals being struck has remained stubbornly low for the past five quarters.”

The report notes that if you took the Takeda-Shire deal out of the mix, the resulting year-to-date total is fairly low, which would seem to defy the notion that the U.S. government’s decreased corporate tax rate was going to lead to an increase in M&A.

However, the report is overall optimistic, noting, “Ample evidence of investor enthusiasm for early-stage drug developers makes for a pretty optimistic outlook for those at the smaller end of the biopharma sector. This is not the case for all, however, and growing disillusionment with several bellwether big caps could start to act as a drug on the sector in the final months of 2018.”