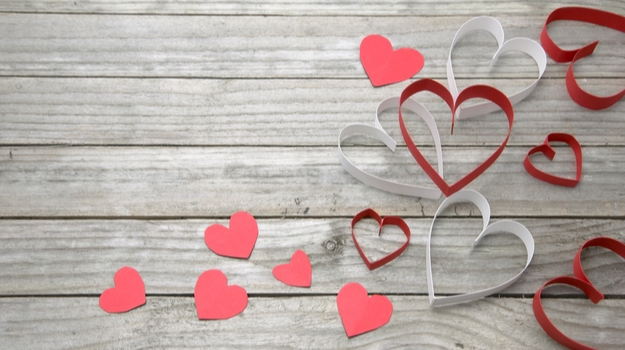 On Valentine’s Day, BioSpace would be remiss not to mention, er, matters of the heart. There are reportedly 59 life sciences companies or organizations worldwide that focus on the cardiovascular system, ranging from the Aab Cardiovascular Research Institute based in West Henrietta, New York to XyloCor Therapeutics, headquartered in Philadelphia, Pennsylvania. That number is probably low.

But no matter how you look at it, there is a significant amount of work being done on cardiovascular diseases. Here’s a look at just some of the recent news.

Trijardy XR is a triple-combination pill that includes Jardiance (empagliflozin), Tradjenta (linagliptin) and metformin hydrochloride extended release. It is prescribed along with diet and exercise for decreasing blood glucose levels in type 2 diabetes.

On February 3, 2020, researchers with the University of South Florida (USF Health) identified key mechanisms behind the loss of capillaries, which drives numerous diseases, including high blood pressure, diabetes, malignant cancer and a variety of cardiovascular and neurodegenerative diseases.

“Capillary regression (loss) is an underappreciated, yet profound, feature of many diseases, especially those affecting organs requiring a lot of oxygen to work properly,” said George Davis, professor of molecular pharmacology and physiology at the USF Morsani College of Medicine in Tampa, Florida. “If we know how blood vessels are altered or begin to break down, we should be able to fix it pharmacologically.”

The mediators are interleukin-1 beta (IL-1ß), tumor necrosis factor alpha (TNFalpha) and thrombin). They found that individually and even more so when combined, these directly drive capillary regression. They also identified drug combinations that can neutralize antibodies that specifically block IL-1 ß and TNFalpha, that can interfere with this capillary loss.

On January 27, 2020, AstraZeneca announced that its Brilinta (ticagrelor) hit the primary endpoint in the Phase III THALES trial in stroke. The study showed that 90mg of Brilinta twice a day and taken with aspirin for 30 days, provided a statistically significant and clinically meaningful decrease in the risk of stroke and death compared to aspirin alone. The trial was run in more than 11,000 patients who had a minor acute ischemic stroke or high-risk transient ischemic attack (TIA) in 24 hours before the beginning of treatment.

Earlier that month, however, the company announced that after a recommendation from an independent Data Monitoring Committee, it was abandoning its Phase III STRENGTH trial for Epanova (omega-3 carboxylic acids) for mixed dyslipidemia (MDL). Epanova is a fish oil-derived combination of free fatty acids composed mostly of EPA and DHA. It was approved in the U.S. as an adjunct to diet to decrease triglyceride levels in adults with severe high triglycerides. That indication wasn’t changed by the data from the STRENGTH trial.

AstraZeneca’s exit from the fish oil drug trial largely leaves Amarin Corporation’s Vascepa (icosapent ethyl) as the only fish-oil drug to not only treat high triglycerides, but to decrease the risk of first and subsequent heart attacks, strokes and heart problems. In its clinical trials, Vascepa decrease those risks by 30%.

Although derived from fish, Vascepa is not fish oil. It is made up of the omega-3 acid (EPA) in ethyl-ester form. It was designated a new chemical entity by the FDA,

The same day AstraZeneca made their announcement, another company in the market space, Acasti Pharma, also reported a failure. Its own fish oil-based candidate, CaPre (omega-3 phospholipid) for severe hypertriglyceridemia, announced topline data from its Phase III TRILOGY 1 trial. Although it reported a 30.5% median reduction in triglyceride levels compared to 27.5% in the placebo group at 12 weeks, as well as a 42.2% decrease in patients on background statins compared to 31.5%, because of an unexpectedly large placebo response, the trial did not reach statistical significance.

And as long as we’re belaboring the Matters of the Heart theme, in mid-December 2019, Vancouver, British Columbia-based Novoheart signed an exclusive licensing deal with Harvard University’s Office of Technology Development.

The deal allows Novoheart to merge its MyHeart Platform with Harvard’s tissue-engineered scale model of the heart ventricle and bioreactor technology. Novoheart invented and commercialized the first and only “human heart-in-a-jar” model for drug discovery and development.

The two institutions expect that the merged technology will result in a next-generation human heart-in-a-jar that will be a superior human heart model for disease modeling, drug discovery and development with “unmatched biofidelity as well as significantly enhanced predictive accuracy, capacity and versatility.”

Overall, we don’t recommend buying your sweetheart a heart in a jar. Go with the classics—chocolates or flowers, instead.