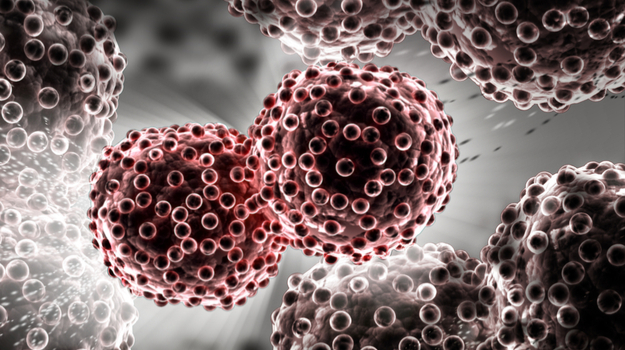 For some cancer testing, tumor cells are biopsied and grown in mice in order to conduct drug testing. It’s a lengthy and complicated process that doesn’t always work. Researchers at the University of Michigan have developed an advanced petri dish called a 3D scaffold that can allow the same cell growth and testing, but without the use of the lab animals and in a much shorter period.

Earlier work has created 3D scaffolds that attempted to mimic the structure and function of the biological infrastructure that tumor cells require but have had mixed results. These extracellular matrix (ECM) proteins were typically made up of fibronectin (Fn). In nature, the form of these ECM-constituting fibrillar protein networks are structurally and functionally different.

“Rather than trying to guess at what the tumor cells’ microenvironment ought to be, we’ve made a space where they can create their own cell niche, as they do in the body,” said Stacy Jordahl, a recent chemical engineering PhD graduate from the University of Michigan and first author of the research. She is now a Senior Engineer at ExxonMobil. The study was published in the journal Advanced Materials.

The research was led by Joerg Lahann, the Wolfgang Pauli Collegiate Professor of Chemical Engineering and director of the Biointerfaces Institute at U-M. They constructed a grid of microscale cubicles. Each cubicle was half a millimeter to a side. They then repeatedly exposed the cubicles to a solution of fibronectin with a tube that rotated end-over-end. The adhesion properties of the moving liquid drew the fibronectin into the fiber networks.

“With this engineered way to draw proteins into a network of fibers, we can produce a more natural environment for growing cancer cell cultures that enables us to test drugs or understand cancer biology,” Lahann said.

Lahann’s research is focused on surface engineering with strong connections to biomedical engineering and nanotechnology. A part of his research focuses on so-called “smart surfaces,” that can reversibly change properties in response to external stimulus.

Once they had constructed the scaffolding, it was tested by Gary Luker, Professor of Biomedical Engineering and Microbiology and Immunology, and Professor of Radiology, and Max Wicha, the Madeline and Sidney Forbes Professor of Oncology. They used the scaffolding to culture cells taken from breast cancer patients whose disease had metastasized. The cancer cells in the samples were drawn from fluid in the abdomen and chest and made up only about 5% of cells in the fluids. But within only a few days the cancer cells dominated the cell population in the fibronectin network.

“There have been a lot of technologies and approaches devised to try to grow cancer cells in culture that haven’t worked so well,” said Luker. “Most cancer cells die out when cultured in artificial conditions. In this system, we could pretty consistently grow out the cultures at least for short periods of time.”

Another observation was that the cancer cells changed as they grew on the fibronectin network, becoming more like metastatic cancer cells. This shows promise for more accurate testing of drugs on cancer cells at different stages of growth and metastases.