NEW YORK, Jan. 14, 2019 /PRNewswire/ -- Katerina Akassoglou, Ph.D., a leading researcher at the Gladstone Institutes and the Department of Neurology at the University of California, San Francisco, is the winner of the 2018 Barancik Prize for Innovation in MS Research. 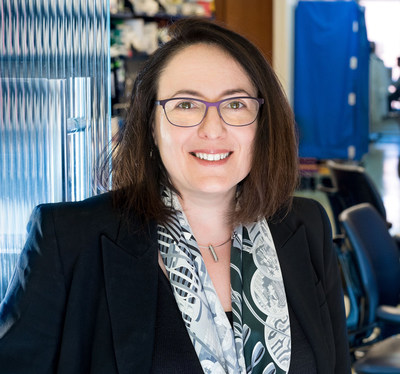 Prof. Akassoglou has led a series of studies to uncover the role of a blood-clotting protein called fibrin, which "leaks" from the damaged blood-brain barrier and gets deposited in MS brain lesions. Her team showed that fibrin deposits hinder natural nervous system repair and can activate immune cells in the brain known as microglia, triggering inflammation and nerve damage. Using an antibody that inhibits fibrin, her team has been able to decrease the activation of microglia, and reduce subsequent damage to nerve fibers in mice.

"I'm humbled and deeply honored to win the Barancik Prize and truly grateful to the committee for recognizing the innovation and translational potential of our work," said Akassoglou. "I study how leakage of blood damages the brain. Our findings shed new light on mechanisms of brain damage in MS, and introduced novel imaging technologies to study the interactions between the brain, immune system, and the vasculature. Translating findings into treatments is a cornerstone of our research program, and we are committed to developing new therapies for MS."

Prof. Akassoglou is now developing experimental therapies designed to prevent fibrin from causing damage without affecting its usefulness in blood clotting. She is co-founder of the biotech company MedaRed, Inc., which recently received research funding from the National MS Society through its Fast Forward program to further develop and "humanize" an antibody that targets fibrin, to make it more similar to human antibodies and more suitable for use as a potential therapeutic strategy in people with MS. Targeting fibrin has the potential to protect the nervous system in both early and late phases of MS, of particular importance to people living with MS disability and progression.

"While others dismissed the idea that blood factors could be involved in the nervous system damage in MS, Dr. Akassoglou saw this as an important clue and has relentlessly pursued the idea and is now using this knowledge to translate her discoveries into possible therapies for MS," said Bruce Bebo, Ph.D., Executive Vice President at the National MS Society, which administers the award. "Her tireless pursuit of a fundamental question in MS and the tenacity to translate this knowledge into potential therapies is why she is being recognized with this year's Barancik Prize."

Prof. Akassoglou earned a doctorate in neuroimmunology from the University of Athens, Greece, trained in neuropathology at the University of Vienna and and did postdoctoral work at The Rockefeller University and New York University. Her awards are numerous, including the 2007 Presidential Early Career Award for Scientists and Engineers, the John J. Abel Award in Pharmacology, a EUREKA R01, and the NINDS R35 Research Program Award. She has been at the forefront of efforts to facilitate the work of women in MS research.

Prof. Akassoglou will receive the award and deliver the Prize lecture at the ACTRIMS Forum in late February 2019 in Dallas.

About the Barancik Prize for Innovation in MS Research
The Barancik Prize seeks to recognize and encourage exceptional innovation and originality in scientific research relevant to multiple sclerosis, with emphasis on impact and potential of the research to lead to pathways for the treatment and cure for MS, and scientific accomplishments that merit recognition as a future leader in MS research. The international prize is made possible by the generosity of the Charles and Margery Barancik Foundation, and is administered through the National MS Society.

About Multiple Sclerosis
Multiple sclerosis is an unpredictable, often disabling disease of the central nervous system that disrupts the flow of information within the brain, and between the brain and body. Symptoms vary from person to person and range from numbness and tingling, to walking difficulties, fatigue, dizziness, pain, depression, blindness and paralysis. Most people with MS are diagnosed between the ages of 20 and 50, with at least two to three times more women than men being diagnosed with the disease. MS affects more than 2.3 million worldwide. Learn more at nationalMSsociety.org. 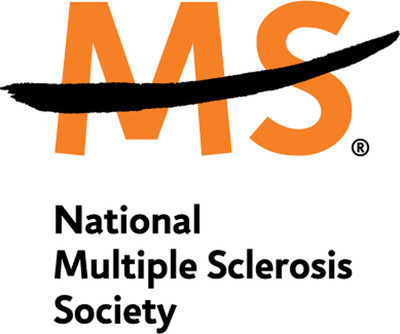