The 2017 Biotech IPO Winners and Losers 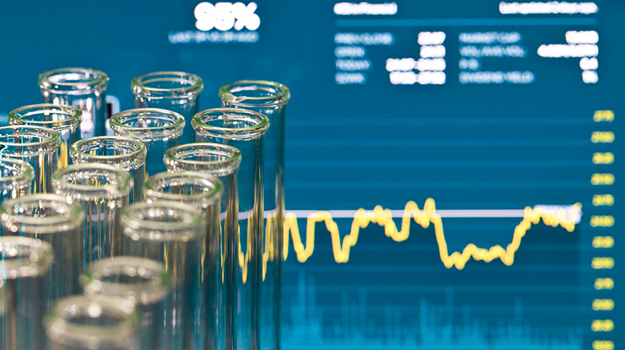 Although it was an average year for mergers and acquisitions in the biopharma industry, it was a stronger year for initial public offerings (IPO). There were 44 IPOs this year by healthcare companies, according to Renaissance Capital. Jacob Bell, writing for BioPharmaDIVE, says, “The numbers underscore how biotechs propped up the U.S. IPO market, as well as the healthcare sector’s place in it, this year. Since 2013, around 30 or more drug developers have commenced IPOs annually, and market researchers expect a good turnout in 2018 too.”

Bell goes on to describe the year’s IPO winners and losers.

Based in San Diego, the company focuses on anti-inflammation drugs. It raised $75 million with its IPO in late January, selling five million shares at $15 each. Shares have grown more than 400 percent. Shares are currently trading at $93.15.

Headquartered in South San Francisco, Denali reported yesterday that its DNL201 in a Phase I trial in healthy patients showed a high level of inhibition of LRRK2 kinase activity, and based on a full clinical review, the U.S. Food and Drug Administration (FDA) removed a previously imposed partial clinical hold. The drug is being developed to treat Parkinson’s disease.

The company’s IPO was the largest biotech public offering of the year, bringing in $248 million by selling 13.9 million shares at $18 each. Shares are currently trading for $17.28.

Rhythm’s shares were launched at $17 per share and prices rose to $27.

Headquartered in New Haven, Conn., Biohaven is developing drugs for neurological diseases, including rare disorders. Its most advanced candidate is rimegepant to treat acute migraine. On Nov. 27, the company completed enrollment of rimegepant in a second Phase III clinical trial for acute treatment of migraine. And today it announced it had begun enrollment in a Phase II/III trial of trigriluzole in patients with obsessive-compulsive disorder (OCD).

Based in Geneva, Switzerland with U.S. headquarters in Boston, ObsEva focuses on developing therapies for serious conditions that impact women’s reproductive health and pregnancy. On Dec. 5, the company initiated its Phase IIa PROLONG trial of OBE022 in pregnant women presenting with spontaneous preterm labor at gestational ages between 24 and 34 weeks.

Headquartered in Vancouver, British Columbia (Canada), Zymeworks has a broad range of therapeutic areas. Its lead product candidate, ZW25, is a bispecific antibody in a Phase I clinical trial for several cancers. The antibody targets two distinct domains of the HER2 receptors. The patients in the trial have breast cancer, gastric, gastroesophageal junction, or esophageal cancer, and three of the patients have other HER2-expressing cancers.

Zymeworks stock originally came out at $13 per share and is currently trading for $7.72.

Located in Cambridge, Mass., Aileron is an oncology company. Its lead candidate is ALRN-6924, which is in multiple clinical trials. At the recent American Society of Hematology (ASH) meeting, the company presented preclinical data on the drug in T-cell lymphomas and acute myeloid leukemia. The data supported further clinical development.

That would seem to be a winner, but Bell writes, Arsanis “initially planned on offering 3.1 million shares of common stock at $15 to $17 apiece, but ended up offering 4 million shares at $10 apiece.”

Based in Princeton, NJ, Braeburn focuses on developing treatments for opioid addiction. On Nov. 1, an FDA panel voted to recommend approval of CAM2038, the company’s buprenorphine weekly and monthly depot injection for treating adults with opioid use disorder.

Located in Cambridge, Mass., the company is working to apply its Hierotope platform to disease targets. On Nov. 1, the FDA granted its lead product candidate Fast Track Designation. VIS410 is a monoclonal antibody to treat hospsitalized patients with influenza A.