5 Biotechs With a Whopping 80%+ Buy Rating for Brokers 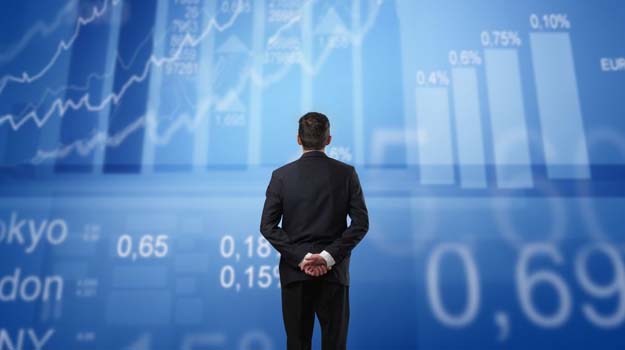 In an overall good year for pharma and biotech sectors, there have been some standouts. Arpita Dutt, writing for Zacks, looks at five biopharma stocks that have done better than the already good sector, as marked by an 11.7 percent gain in the NYSE ARCA Pharmaceutical Index and a 17.7 percent gain in the Nasdaq Biotechnology Index.

The company’s stock gained 377 percent this year. It has partnerships with Pfizer for hemophilia A, Shire for Huntington’s disease and Bioveraative for beta-thalaseemia and sickle cell disease. Dutt writes, “In the next eight to twelve months, Sangamo expects proof-of-concept data on SB-525 (hemophilia A), SB-FIX (hemophilia B), SB-319 (MPS I) and SB-319 (MPS II). Other value drivers could be the signing of partnership deals for the company’s central nervous system/tau and oncology assets.”

Based in Cambridge, Mass., Sarepta focuses on RNA-targeted therapeutics, but is best known for developing Exondys 51 for Duchene muscular dystrophy (DMD), which dominated the biopharma industry’s news cycles in 2016 because of its dramatic and often contentious approval process and turmoil at the U.S. Food and Drug Administration (FDA).

Because Exondys 51 has been doing better than expected, the company increased its revenue projections for 2017, and is making headway with its pipeline. Shares are up 97.9 percent this year.

Akebia is located in Cambridge, Mass., and is developing treatments for kidney disease via hypoxia-inducible factor biology. On Sept. 26, the company announced positive top-line data from its Phase II trial of vadadustat in Japanese patients with anemia associated with non-dialysis-dependent chronic kidney diseases. It expects to release topline data with Mitsubishi Tanabe Pharma Corporation by the end of the year from a Phase II trial of the drug in dialysis patients with CKD, and start a Phase III development program in non-dialysis patients in Japan.

Company shares are up 47.8 percent this year.

Headquartered in South San Francisco, Calithera is working on developing drugs against tumor metabolism and immunology targets. Today, the company updated clinical data from its lead product candidate, CB-839, showing clinical activity and tolerability in combination with paclitaxel in patients with advanced/metastatic triple negative breast cancer (TNBC). Based on the results, the company has initiated a Phase II trial evaluating the combination treatment in both first line and late line metastatic TNBC patients.

Company stocks are up 200 percent this year.

Based in Rockville, Maryland, GlycoMimetics is focused on developing therapies for sickle cell disease, cancer and other illnesses. On Nov. 8, the company reported its third-quarter financials as well as updated its pipeline programs. “In the third quarter of 2017, we initiated productive discussions with the FDA to review data emerging from the ongoing Phase I/II clinical trial of our specific E-selectin inhibitor product candidate, GMI-1271, for the treatment of acute myeloid leukemia (AML) and to plan a mid-2018 start of the Phase III trial,” said Rachel King, the company’s chief executive officer, in a statement. “The discussions reflect the FDA’s granting of Breakthrough Therapy designation to GMI-1271 for the treatment of relapsed/refractory AML patients. Our focus is on finalizing the design of the registrational trial in relapsed/refractory disease. While in the near term we are preparing to provide an update on the GMI-1271 program via two oral presentations at the ASH meeting, we also continue to make progress across our clinical pipeline and in the preclinical arena.”

Company shares are up 134.4 percent this year.