Underrepresented and Unsung, Disabled People Strive for Inclusion in Biopharma 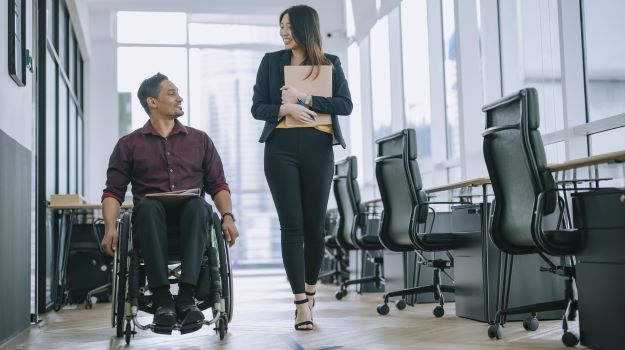 About one in four Americans live with some type of disability, according to the CDC, making disabled individuals the largest group of minorities in the country. However, their contributions are remarkedly underreported in the life sciences industry.

As part of BioSpace’s Diversity in the Life Sciences series, we spoke with four members of the biopharma community living with disabilities about their experiences and perspectives.

The underrepresentation of disabled people in the industry stems from a lack of disabled people in STEM overall. There are many systemic barriers and challenges for those with certain disabilities to obtain a degree in the sciences and later, a job in the field. According to a recent Nature article, ableism plays a large role in the ability of disabled people to access laboratories, fieldwork and conferences, which are all opportunities to grow a scientific career. Physical spaces sometimes are not designed to accommodate those with physical disabilities, and people with “invisible” chronic illnesses face other challenges. These include being disbelieved about their illness and the extent to which it impacts them. 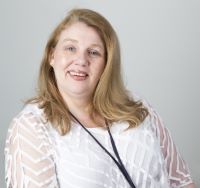 “If you look at career paths in the industry, many start in the more physical lab-based environment which can be challenging for those with physical disabilities,” Anita Cawley, VP of corporate governance at Aptus Clinical (part of Catalyst Clinical Research), said in an interview with BioSpace. She suggested that the industry could be better at “[looking] at how we attract people with physical disabilities through career paths that start away from the traditional lab work.”

Cawley’s lifelong ambition was to become a pharmacist at an industrial pharmacy. She attributes this to having cerebral palsy, a congenital disorder that affects muscle tone and how the body moves. Spending a lot of time in hospitals, she was curious about how drugs worked. Before obtaining her pharmacy degree, Cawley approached the United Kingdom's registration body for pharmacists. She shared that she faced pushback from the agency and was asked if there was something else she could do instead.

Rather than take 'no' for an answer, Cawley pursued the degree, knowing that there were a variety of other occupations she could add value to aside from being a dispensing pharmacist. She actually had her pharmacist certificate signed by the same person that originally discouraged her from pursuing the field.

Over the course of her career, Cawley has held roles in medical information, regulatory information management, clinical trial logistics and functional management at companies like Sanofi Winthrop, AstraZeneca and GSK. She then co-founded Aptus Clinical, a company with expertise in the design and execution of early phase trials in oncology, advanced cell and gene therapies and rare diseases. As chief governance officer, she has implemented a highly effective clinical operations team and a fully integrated procedural infrastructure for client support.

“I have a philosophy that, in some ways, my disability and my attitude toward it has positively influenced my career prospects in the industry,” Cawley said. “The way I operate is to always treat a person as an individual, focusing on what they can do rather than what they can’t do. There is strength in diversity and we all have something to bring to the party, with or without a disability. We should embrace everyone’s uniqueness.”

Leading the Way for Patient Engagement

Steve Mikita lives with spinal muscular atrophy, a hereditary disease that progressively destroys muscle neurons. Upon being accepted, he was the first freshman to enter Duke University in a wheelchair. After graduating with honors, he has led a 39-year career as a lawyer representing Utah’s three largest state agencies to provide programming for individuals with disabilities and vulnerable and incapacitated adults.

Currently, Mikita serves on the participant advisory board for the NIH’s All of Us research program, which is collecting data from one million plus people across the United States in hopes of improving health for everyone. Mikita specifically serves as the chair of the Patient Technology Systems Center which develops websites and mobile apps for the program through Vibrent Health. He helps to provide input on how to improve health surveys so they are accessible to all individuals no matter what their barriers.

Mikita told BioSpace the program is about precision medicine.

“To make a participant-centered tool work, you have to engage the participants in an ongoing onboarding process,” he said, adding that the only way to “find the right medication for the right person at the right time…is to identify all the different types of patients who can and will receive that work."

Mikita added," You have to understand their lives, their abilities, their challenges and their behaviors. The only way to do that is to begin customizing and tailoring these research questions to capture that individualized data.”

As an attorney, Mikita has surmised some ways that the life sciences industry could be more welcoming to disabled people. These include a commitment to understanding the Americans with Disabilities Act, doing a better job of identifying individuals with disabilities to enroll in open positions and providing reasonable accommodations.

He highlighted a need for “individuals with disabilities to have an awareness that they are not marginalized but…feel supported in all their endeavors and that they are true, meaningful partners within the organization.

We need to have greater leadership, mobility and career advancement for individuals, for all minorities,” Mikita said.

The Impact of an Invisible Disability

Not all disabilities are visible. Kimberly Ha, founder and CEO of KKH Advisors, a life sciences and digital health advisory firm, was born blind in one eye.

“Sometimes, you don’t know what someone is dealing with and it’s easy to assume that everyone sees, hears, walks, talks the same - but that’s not true, because a lot of disabilities are ‘invisible,’” she told BioSpace.

Ha said her disability helped her to gravitate toward a career in healthcare and sparked her interest in the life sciences.

“I think because my disability is ‘invisible’, it hasn’t really affected my work,” she said. Ha has a congenital polar cataract at the back of her eye, making the blind eye appear the same as a healthy eye. But, she said, “whenever I speak with a CEO, a scientist or a company developing a therapy for an eye disease, it definitely changes my perspective and makes it much more personal.”

Ha reported that she feels included in the industry and finds it funny that people apologize to her when they find out she was born blind in one eye. She said her disability has empowered her when it comes to telling the story of companies that are working to make a difference for other disabled people.

Ha is currently working with Synchron, which is developing an endovascular brain-computer interface to help paralyzed individuals connect with their loved ones again through direct thought communication.

“That is super empowering, to be able to help a company communicate their message and story, especially a company in a space where they’re helping disabled people,” Ha shared.

Overall, she said there is a lack of media coverage and attention given to disabled individuals in the life sciences.

Jennifer Crumly, a regulatory affairs CMC associate at Astellas Gene Therapies and an elected member of the board of directors for Little People of America, lives with dwarfism. 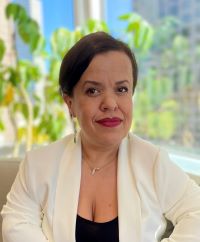 This year, Astellas was named to the Disability Equality Index as a “Best Place to Work for Disability Inclusion.”

Crumly knows that a company focused on disabled people can make a world of difference.

“It’s been fantastic to be a part of this industry,” she told BioSpace in an interview. “Astellas has an Abilities Employee Impact Group which I am a part of, and they continue to improve inclusivity with the disability community and increase diversity.

“A key aspect about disability inclusivity is for companies to actually follow through with action, because saying ‘we are diverse’ without following through is just lip service,” she continued.

Crumly began her career in the pharmaceutical industry in 1999 as a receptionist. Overall, she said her experience as a disabled person working in biopharma has been overwhelmingly positive.

“I don’t want to sugarcoat my experience and make it seem like it’s always fantastic,” she said. “Of course, there are always going to be difficult interactions with individuals. But for the most part in this industry, it’s working with a bunch of intelligent individuals who continue to improve the space, whether that’s through drug development or inclusivity.”