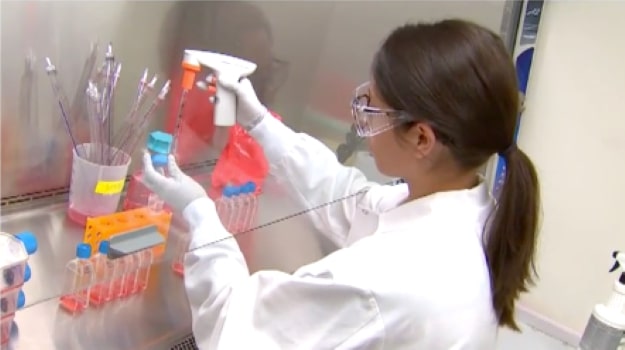 Maryland-based vaccine maker Novavax announced the big news that its COVID-19 vaccine candidate gained the U.S. Food and Drug Administration (FDA)’s “fast-track” status and is gearing up to begin its Phase III study in the U.S. later this month. Data from this study is expected to support U.S. authorization and approval for the company's vaccine.

Just a year and a half ago, the future wasn’t looking so bright for Novavax. Even though they’ve been working on vaccines for the better part of 20 years, the company had yet to bring one to market and found themselves on the edge of collapse. Last summer was a scramble for funds as the firm’s shares plummeted to less than $1 for 30 days and NASDAQ threatened to delist them. In a Hail Mary, Novavax sold two of their manufacturing plants and reduced staff to 166 employees, sending up a prayer that the $18 million in cash would be enough to get their NanoFlu and ResVax vaccine candidates through the next phases of their clinical developments.

Turns out a pandemic was just what they needed. When researchers in China published the genome sequence of the virus plaguing Wuhan, Novavax’ R&D president Gregory Glenn ordered the gene for the virus’ spike protein. The gene arrived February 3, and Novavax scientists got right to work.

Novavax specializes in the developing of subunit vaccines. The company develops its own version of the spike protein to closely mimic the naturally occurring spike. Protein-based vaccines have a long track record of effectiveness since the launching of the hepatitis B vaccine in 1986. These types of vaccines are considered safe to use in immunocompromised populations – an essential for a COVID-19 vaccine which is particularly deadly to the elderly and those with underlying conditions.

Perhaps this history is what snagged the funding offered to just seven vaccine makers total from Operation Warp Speed, the giant U.S. government effort aimed at the COVID-19 pandemic. Most Warp Speed-backed companies are giant pharmaceutical firms, so small Novavax is rushing to keep pace. Its technology is what could give the company an edge. And this cool $1.6 billion in federal funding doesn’t hurt.

Novavax uses their proprietary recombinant nanoparticle vaccine technology to efficiently produce a new class of highly immunogenic particles to target pathogens. They couple that with their trademarked Matrix-M adjuvant technology to stimulate an even stronger immune response and allow for lower doses, which has been shown to decrease adverse reactions.

Another leg up for Novavax’s vaccine candidate, NVX-CoV2373, is that it doesn’t require specialized cold storage, just regular refrigeration temps will do the job. Compare that with front-runner Pfizer’s vaccine which requires ultra-low temp freezers that can store medicine at approximately -94° Fahrenheit. Temp requirements like that are certain to cause delivery and storage issues around the globe for this promising candidate with early Phase III data showing up to 90% effective.

“The small Novavax Company has giant prospects in the race to the COVID-19 vaccine. Compared to the other competing vaccine manufacturers, such as Pfizer, AstraZeneca and Merck’ Novavax has limited resources and track record, yet they have some of the key attributes in the vaccine design that may set them apart and make Novavax a possible winner David among the Goliaths. The key is that most studies have revealed the significance of spike protein in the SARS-COV2 infections, and Novavax has am antigen from the spike protein with structural features and stability that may have an edge over the other ‘candidates’ for the vaccine antigens,” Shahid Siddiqui, M.Sc. Ph.D. Molecular Biology & Genetics, CEO of McGenome LLC told BioSpace.

“Furthermore, the Novavax spike protein vaccine has generated very strong antibody response in human and animal studies. Another distinct feature of Novavax vaccine is that the spike protein is much more stable and does not require storage and transport at minus twenty degrees Centigrade, that will be critical for the rival mRNA-based vaccines (e.g. Moderna’s mRNA-1273 vaccine)," Siddiqui said. "This could be a game changer for the Novavvax vaccine as most of the poor and developing countries will have problems in handling vaccine vials at such low temperatures in remote areas with dense populations. A protein-based vaccine will surely be a winner.”

If the Phase III trial currently ramping up in the U.S. proves its efficacy, then the last hurdle will be the no-so-little challenge of manufacturing. In fact, their late-stage testing in the U.S. for NVX-CoV2373 was postponed due to delays in scaling up the manufacturing process. Churning out 2 billion doses is a pretty big ask for a small maker like Novavax. To bring it into the realm of possibility, Novavax partnered up with Serum Institute of India, the largest vaccine maker in the world, to manufacture the massive number of doses promised.

Novavax is certainly the underdog in this race. But perhaps they really can go from almost dying out themselves last year to bringing a global economy back to life next year with their promising vaccine.