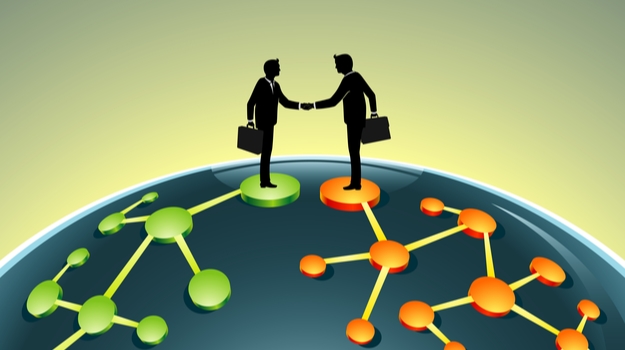 The year was marked by mergers and acquisitions (M&A) both big and small. Although not comprehensive, here’s a look at some of the top deals for 2019.

The year started off in January when Bristol-Myers Squibb announced plans to acquire Celgene for about $75 billion. Quickly afterwards, the deal hit a snag as one of its biggest shareholders, Wellington Management Company LLP, objected to the deal. Wellington owns about 8% of Bristol-Myers. Another BMS shareholder, Starboard Value, also opposed the deal. Starboard has about a 1% ownership share. Dodge & Co, who has about a 2% stake, also opposed the deal.

For several months Bristol-Myers and Celgene launched a campaign to convince shareholders of the value of the merger. In mid-April, shareholders voted to approve the acquisition.

In June, AbbVie announced plans to acquire Allergan for $63 billion. AbbVie noted that a deal of this size was planned to deliver immediate scale to its growth platform and meet its strategic goal of decreasing reliance on Humira. The company noted at the time, “Smaller bolt-on acquisitions provide opportunities for future growth, but also require significant R&D investment amid scientific and clinical uncertainty. This transaction offers immediate compelling financial and strategic value to our shareholders with a much lower risk profile.”

In February, Roche announced plans to acquire all outstanding shares of Spark Therapeutics’ stock at $114.50 per share, or about $4.8 billion. In 2017, the FDA approved Spark’s gene therapy, Luxturna (voretigene neparvovec), a gene therapy for a rare, genetic type of blindness. After 10 months, the deal was finally completed on December 17. Roche saw Spark’s gene therapies for hemophilia as complementary to its own hemophilia treatment, Hemlibra. In a clinical trial, Spark’s hemophilia gene therapy, SPK-8011, demonstrated a 97% response rate in reducing bleeding events after a one-time treatment. In November, Roche also acquired Promedior for up to $1.4 billion.

In late November, Novartis bought The Medicines Company for $9.7 billion. Under the terms of the deal, Novartis is paying $85 per share in cash, which is about a 41% premium of The Medicines Company’s 30-day volume weighted average of $60.33 on November 22 and about 24% of its closing share price of $68.55 on the same day. The boards of both companies have unanimously approved the acquisition.

“We are excited about entering into an agreement to acquire The Medicines Company as inclisiran is a potentially transformational medicine that reimagines the treatment of atherosclerotic heart disease and familial hypercholesterolemia,” said Vas Narasimhan, chief executive officer of Novartis.

Alkermes, based in Dublin, acquired Boston-based Rodin Therapeutics for $100 million up front and up to $850 million in milestone payments.

Rodin focuses on developing small molecule therapeutics for synaptopathies, which are diseases of the central nervous system related to a dysfunction of synapses. Rodin has been working to develop first-in-class, orally-available, brain-permeable drugs for this class of diseases by engineering molecules that target specific histone deacetylase (HDAC) complexes. Inhibition of the HDAC-co-repressor of repressor element-1 silencing transcription factor (CoREST) complex is thought to reactivate neuron gene expression, improve existing synapses and promote the growth and creation of new synapses.

Under the terms of the deal, Alkermes is paying $100 million in cash up front. Rodin will be eligible for future payments of up to $850 million based on clinical and regulatory milestones and sales thresholds.

Alkermes focuses on drugs for CNS diseases. Its commercial products include Aristada (aripiprazole lauroxil) for schizophrenia and Vivitrol (naltrexone) for alcohol dependence and opioid dependence. It also has licensed a number of products using its proprietary technologies to third parties in Europe.

Sumitomo will create an as-yet unnamed company to shift the five companies into. They will be run by Myrtle Potter, a former Genentech executive who has been the operating chair of Roivant since July 2018.

There is a $3 billion upfront fee. In addition, Sumitomo will offer a $350 million loan facility to Myovant to fund the launch of relugolix, its Phase III candidate for uterine fibroids if it is approved. The Japanese firm will also loan Urovant $200 million for its vibegron for overactive bladder.

If Sumitomo options the other six companies, it will have acquired a pipeline of more than 25 clinical programs with multiple possible launches from 2020 to 2022. In addition to buying the five initial companies, the deal gives Sumitomo access to Roivant’s proprietary technology platforms, DrugOme and Digital Innovation. It will also enter separate strategic client relationships with Datavant and Alyvant.

Eli Lilly and Company announced it was buying Loxo Oncology for $235 per share in cash, which comes to about $8 billion. Under the terms of the deal, Lilly acquired all outstanding Loxo shares for $235 in cash. This amounts to a premium of about 68 percent on top of Loxo’s stock price as of January 4.

Loxo’s Vitrakvi (larotrectinib) was recently approved by the U.S. Food and Drug Administration (FDA). It is an oral TRK inhibitor developed and commercialized in collaboration with Bayer. Its pipeline includes LOXO-292, an oral RET inhibitor being evaluated across multiple cancer types. It was recently granted Breakthrough Therapy status by the FDA.

In addition, Loxo has LOXO-305, an oral BTK inhibitor currently in Phase I/II. It is being evaluated in various B-cell leukemias and lymphomas. It also has LOXO-195, a follow-on TRK inhibitor also being studied by Loxo and Bayer.

“Using tailored medicines to target key tumor dependencies offers an increasingly robust approach to cancer treatment,” stated Daniel Skovronsky, Lilly’s chief scientific officer and president of Lilly Research Laboratories. “Loxo Oncology’s portfolio of RET, BTK and TRK inhibitors targeted specifically to patients with mutations or fusions in these genes, in combination with advanced diagnostics that allow us to know exactly which patients may benefit, creates new opportunities to improve the lives of people with advanced cancer.”

On December 9, based Sanofi announced it was acquiring San Diego-based Synthorx for $68 per share in cash, a value of $2.5 billion. Synthorx focuses on immuno-oncology. Its lead product candidate is THOR-707, a form of interleukin-2 (IL-2) that is being developed in multiple solid tumors types as a monotherapy and in combination with checkpoint inhibitors. The companies believe it has the potential to be a best-in-class IL-2 therapeutic for solid tumors.

In addition, Sanofi will gain access to Synthorx’s Expanded Genetic Alphabet platform. This is noted as being synergistic with Sanofi’s existing platforms, including its Nanobody technology, which allows it to develop a broad range of novel biologics, including drug conjugates, protein fusions, and multi-specific biologics.

Ra Pharma was founded in 2008 and uses synthetic peptides to develop drugs for diseases caused by excessive or uncontrolled activation of a major component of the innate immune system called the complement system.

In July, Pfizer announced that its off-patent drug company, Upjohn, would merge with generic drugmaker Mylan to form a new pharmaceutical company. The new company will have well-known brands, including Epi-Pen, Viagra, Lipitor, Celebrex and others.

In February, Johnson & Johnson announced that its Ethicon was acquiring Auris Health for about $3.4 billion in cash. Auris is a privately held maker of robotic technologist with an initial focus on lung cancer. Auris’s Monarch Platform robotic technology will fit well into J&J’s Lung Cancer Initiative. In December, J&J also announced it was acquiring the remaining stake in Verb Surgical after a successful strategic collaboration with Verily, an Alphabet/Google company. Verb is also a robotics and data management company.

In December, Alexion Pharmaceuticals completed its acquisition of Achillion Pharmaceuticals, which was announced on October 16, 2019. Alexion acquired Achillion for an initial consideration of about $930 million, or $6.30 per share in cash. The deal is expected to close in the first half of 2020.

Tokyo-based Astellas Pharma announced plans to acquire San Francisco-based Audentes Therapeutics for $60 per share in cash, a total equity value of about $3 billion.

Under the terms of the deal, which both companies’ boards have unanimously approved, Astellas will buy Audentes through Asilomar Acquisition Corp., a wholly-owned subsidiary of Astellas US Holding. The offer represents a 110% premium of Audentes’ closing share price of $27.61 as of December 2.

The merger is an effort on the part of Astellas to strengthen its genetic medicine and gene therapy business. Hidemaru Yamaguchi, an analyst with Citi, wrote in a note for clients that it was a positive move for Astellas because Audentes had “cutting-edge gene therapy modalities. We thought it was only a matter of time before Astellas entered the gene therapy market.”