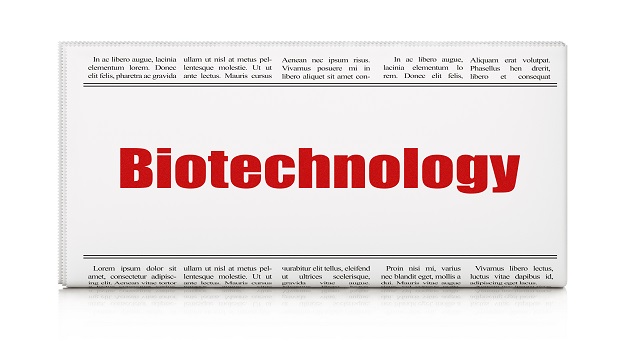 It’s hard to believe 2018 is half over. There have been plenty of interesting and important stories in the biopharma space this year. Here’s a look at our top 10 stories so far, counting down from 10 to the number one story.

Fortune and Great Place to Work developed a list of the top places to work in the healthcare and biopharma industries, releasing the report in April. Eighty-eight percent of employees said what makes a great place to work is it going beyond being a job and having special meaning. The top five biopharma companies making the list: Horizon Pharma plc, Genentech, Regeneron Pharmaceuticals, AbbVie, and Illumina.

In February, Merck & Co. announced it was halting protocol 019, its APECS Phase III clinical trial of verubecestat (MK-8931) in Alzheimer’s disease. An external Data Monitoring Committee (eDMC) recommended ending the trial after an interim safety analysis, saying that the likelihood of benefits didn’t outweigh the risks. It is yet another failed trial for a class of Alzheimer’s drugs known as BACE inhibitors.

#8. Who are the Top 3 Biotech Takeover Targets?

Although 2018 started off the year with some big biotech deals, notably Sanofi’s acquisition of Bioverativ for $11.6 billion and Ablynx for $4.8 billion, Celgene Corporation also bought Juno Therapeutics for $9 billion, then Impact Biomedicines for $1.1 billion. And GlaxoSmithKline agreed to buy out its stake in its Novartis joint venture for $13 billion, and Takeda Pharmaceutical is acquiring Shire for a whopping $62.2 billion. But Datamonitor, part of Pharma Intelligence, analyzed 11 “under the radar” biotechs that could be takeover targets. The top three were: Nektar Therapeutics, BioMarin, and Alnylam Pharmaceuticals.

Worldwide prescription drug revenue is expected to hit $811 billion this year. The total revenue created by the top 20 drugs in the U.S. in 2017 was worth $135 billion. The top 10 bestselling drugs in the U.S. are AbbVie’s Humira, Bayer and Regeneron’s Eylea, Celgene’s Revlimid, Biogen and Roche’s Rituxan, Teva and Pfizer’s Enbrel, Roche’s Herceptin, Bristol-Myers Squibb and Pfizer’s Eliquis, Roche’s Avastin, Johnson & Johnson and Merck & Co.’s Remicade, and Bayer and J&J’s Xarelto.

Every year, BioSpace analyzes biotech and life science startups, and applies a set of algorithms to them to come up with the NextGen Bio “Class of…” a list of 20 up-and-coming life science companies in North America. And this list, published in January, included some very exciting biotech companies working on the very cutting-edge of science. The full list and company profiles and interviews can be found at the link. The top five companies in the list of 20 were: BlueRock Therapeutics, Prelude Fertility, Freenome, Cirius Therapeutics, and Boragen.

With 2018 off to a good start for mergers and acquisitions, many analysts and investors were looking at what deals might come around. Because Pfizer is something of the Big Daddy of Buyouts, having made huge but unsuccessful merger attempts of AstraZeneca and Allergan in the past, it’s always of interest to see who they might target. This year’s potential targets—which haven’t come to pass yet—were Biogen, Bristol-Myers Squibb and … Allergan.

In mid-March, Elizabeth Holmes, founder of Theranos, along with former company president Sunny Balwani, were charged with massive fraud by the U.S. Securities and Exchange Commission (SEC). From 2013 to 2015, Holmes and Balwani convinced investors to fork out more than $700 million via what the SEC called “years-long fraud” where they exaggerated or lied about the efficacy of the company’s proprietary technology and the state of its finances.

In late-February, the U.S. Food and Drug Administration (FDA) shocked Celgene and most industry watchers and investors, with a Refusal to File letter over its New Drug Application (NDA) for ozanimod for multiple sclerosis (MS). It was a very embarrassing moment for the large company—Refusal to File letters typically mean there were significant problems with the application, more common in smaller, newer companies. Celgene had picked up ozanimod in 2015 when it acquired Receptos for $7.2 billion.

About a year ago, there had been a negative response and bad publicity at the J.P. Morgan Healthcare Conference when one of the vendors hired a lot of scantily-clad models to mingle. And it seems like an industry that should be attuned to the growth of women executives, yet again didn’t get a clue in June 2018, when the annual party at Bio Not Associated with Bio (PABNAB) in Boston featured topless dancers covered in body paint. Not surprisingly—because it was—the industry was accused of being tone-deaf and lacking awareness.

In January, Eli Lilly published data in the New England Journal of Medicine, describing the results—failed results, sadly—of its Phase III clinical trial of solanezumab in Alzheimer’s. The company originally reported the failure of the trial in 2016, but the company had hoped the drug could be salvaged as a treatment for early-stage Alzheimer’s. But in the NEJM article, the company said it failed to reach significance in determining if solanezumab was effective. It enrolled 2,129 patients and gave 1,057 solanezumab and the remaining 1,072 received a placebo. The mean change from baseline in the ADAS-cog14 score was 6.65 in the solanezumab group and 7.44 in the placebo group, with no significant between-group difference at week 80. Although many researchers still believe the amyloid theory of treating Alzheimer’s is viable, the Lilly failure and many others are making it much more difficult to believe that accumulation of beta-amyloid plaques in Alzheimer’s patients’ brains is the sole cause of the disease or a viable treatment paradigm.