China Has Big Presence in Top 10 Biotech IPOs this Year 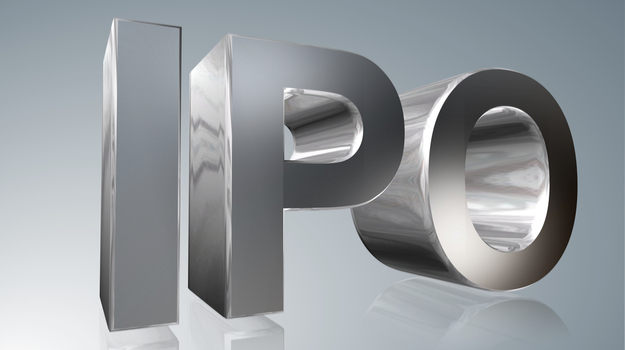 Last year, new rules went into effect on the Hong Kong stock exchange, which allowed companies that did not have a product on the market or generate revenue to list on the exchange. The primary classification for this is biotech companies, which typically don’t have products or revenue at the initial public offering (IPO) stage, and in fact, often use the proceeds to fund clinical trials. The point of the rules change was to encourage China and Asian biotech companies to launch with the Hong Kong exchange instead of or with the Nasdaq or New York Stock Exchange.

As a result, a list of the top 10 biotech IPOs from January to the end of June this year shows significant involvement in the Hong Stock exchange, with five companies based in China, and one, Frontage Holdings, operating in both the U.S. and China. Here’s a look at the top 10.

#10. Tianjin CanSino Biologics. Tianjin CanSino Biologics, a vaccine company in Tianjin, China, launched on the Hong Kong Exchange in March, rising 58% on its first day of trading. It raised $159.7 million. The company indicated it planned to use 45% of the IPO proceed for R&D and commercializing of its meningococcal conjugate vaccines. It has four technology platforms it has used to develop 15 novel vaccines for 12 diseases. To date, its Ebola vaccine has been approved for use.

#9. Alector. Based in South San Francisco, Alector’s IPO launched in February, selling 9.25 million shares priced at $19 each, bringing in $168.2 million. Alector works in the intensely volatile area of Alzheimer’s disease drugs. Science is increasingly viewing Alzheimer’s as an immune disease, with brain immune cells called microglia malfunctioning. Microglia nourish neurons while also clearing cellular debris and harmful proteins—such as the beta-amyloid proteins that are typically associated with the early stages of the disease and tau proteins, which generally accumulate later in the disease.

#7. Viva Biotech Holdings. Shanghai, China-based Viva Biotech opened on the Hong Kong exchange in May, raising $179.9 million. The company offers structure-based drug discovery services to biopharma companies around the globe for preclinical-stage drug development. As of the end of 2018, it provided services to more than 370 biopharma companies and worked on more than 1,000 independent drug targets, delivering approximately 9,500 independent protein structures.

#6. Frontage Holdings. Based in Exton, Pennsylvania, Frontage Holdings is the parent company of Frontage Laboratories, a contract research organization (CRO) specializing in R&D product development services. It operates in both the U.S. and China. In May, it initiated trading on the Hong Stock exchange, raising $193.7 million.

#5. Gossamer Bio. Gossamer Bio has been the poster child for biotech companies struggling with IPO launches during the U.S. government shutdown. It initially filed with the U.S. Securities and Exchange Commission (SEC) for its IPO on Dec. 21, 2018, the day before the U.S. federal government shut down.

With the government shutdown, the SEC’s automated website was accepting IPO registration, but review wasn’t occurring. As the shutdown dragged on for a record 35 days, a number of companies that had filed IPOs began considering alternative approaches using a loophole. One such approach was to change the language of the registration filing and skip over the rest of the SEC review, going directly to market. The company picks its IPO prices and waits 20 days. Then the listing is fixed at that price.

On Jan. 23, Gossamer filed for the alternate IPO path. In it, the company proposed selling about 16.5 million shares, as well as about 2.2 million shares to underwriters, at $16 each. That path locked the price for 20 days. However, two days later, Trump agreed to open the government for three weeks.

On Jan. 30, Gossamer Bio announced it had filed an amended Form S-1 with the SEC, restoring the amended language and picking the traditional pathway. The IPO terms were unchanged, but it is requesting an accelerated review of the IPO paperwork to allow it to go public before the 20-day date its amended offering would have automatically become effective. It raised $291.3 million.

#4. CStone Pharmaceuticals. Based in Suzhou, China, CStone focuses on developing and commercializing immuno-oncology and precision medicine drugs in China and globally. It listed on the Hong Kong exchange in February, raising $309.1 million at $16 per share. On July 10, the company announced it had dosed its first patient in China with avapritinib in its ongoing global Phase III VOYAGER clinical trial. It is being evaluated as a third-line or fourth-line treatment for gastrointestinal stromal tumors (GIST) compared to regorafenib, the current standard-of-care treatment for GIST.

#2. BridgeBio Pharma. On June 17, BridgeBio set terms for its $240 million IPO. It then brought in $367.1 million. The company is based in Palo Alto, California and is trading on the Nasdaq under the ticker symbol “BBIO.” BridgeBio focuses on genetic diseases. It was formed in 2015 and has a portfolio of more than 15 compounds. Each drug asset is housed in its own subsidiary company with access to centralized resources and capabilities built on a novel corporate structure. Some of the targeted indications include transthyretin amyloidosis (ATTR-CM and ATTR-PN), pantothenate kinase-associated neurodegeneration (PKAN), Gorlin syndrome and others.

#1. Hansoh Pharmaceutical Group. In June, Hansoh launched its IPO on the Hong Kong exchange, raising an astonishing $980.9 million. The company’s portfolio includes drugs for central nervous system diseases, oncology, anti-infectives, diabetes, and gastrointestinal and cardiovascular therapies. In 2018, the company reported net profits of $275 million, up 19% from the previous year.

At the time of the IPO, Reuters reported, “The pricing comes at a delicate time for the Hong Kong market, which is lagging U.S. exchanges this year in terms of capital-raising via IPOs with a total of just $5.9 billion as of May, compared with the combined $26.9 billion raised by Nasdaq and the New York Stock Exchange, according to Refinitiv data.”