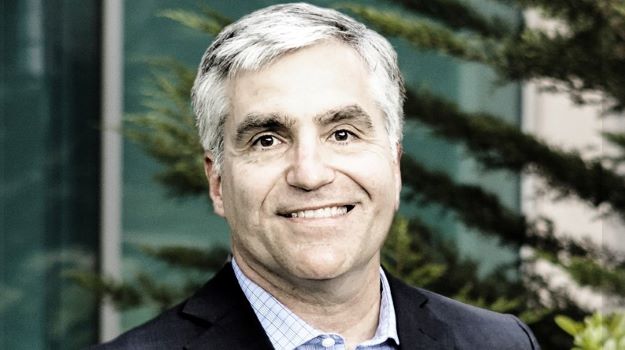 Mike Nolan, the new CEO of Freenome (and its former chief business officer), has a talent for “making his own weather.” That’s a phrase he heard often growing up in Rapid City, South Dakota and, when applied to his life and career, comes down to assessing himself accurately and looking for opportunities to contribute to. Every time.

“As I shared with my daughter (who recently graduated from college), ‘First, know yourself and believe in yourself. Understand your strengths and weaknesses, and look for opportunities to contribute. In the process of contributing, you will learn, and it’s amazing how quickly you can be accepted on a team if you come from the point of contributing and demonstrating competence. Your purpose is to help the team,’” Nolan emphasized.

By following his own advice, Nolan said he has never asked for a promotion. Instead, “They’ve always been a result of me delivering.” That track record of delivering is, in fact, what thrust him into his new position as CEO of Freenome.

“Purpose matters to me more than title,” he said. “I wanted to learn, to be pushed to grow, to not repeat the same year.” So, before joining Freenome as chief business officer (CBO) about three years ago, he talked with his wife and daughter about his options and aspirations. His daughter advised him: “Go with the young guys. They’ll really push you. They won’t accept business as usual,” he recalled.

“I thought about that and met with board members. They said they thought I could help with the ‘unknown unknowns,’” Nolan said.

“We’re informed by the past and present, but not anchored to it. We push to the possible. For much of my career, though, it wasn’t possible to do early cancer detection from blood,” he reminded. Now, because of the advances and convergences in biology, computational science, engineering and automation, “We can do this.”

As CBO at Freenome, Nolan played a key role in setting and executing strategy and had a hand in all the functions, so he was prepared for the CEO role when the opportunity arose.

He came to Freenome from Foundation Medicine, where he was SVP of commercial operations. Before that, he held leadership positions at Life Technologies, where he eventually led the global oncology business as VP and general manager. That experience helped him develop the insights needed to translate research tools into tools suited for clinical use and to operate across all organizational functions, he said.

Earlier in his career, he held management and commercial leadership positions at Luminex, Roche Molecular Systems, Roche Diagnostics and Abbott Diagnostics. He entered the field 29 years ago with a B.S. in biological sciences and secondary education and an MBA, both from the University of Wyoming.

Becoming the CEO of Freenome was a natural career progression.

“I was so connected to our mission and our plan for achieving it…and being CEO brings it all together for me, particularly now that we’re close to delivering our test for the early detection of colorectal cancer (CRC),” he said.

That test is a simple blood test that has disruptive potential. It initially focuses on CRC but, ultimately, will be expanded to multiple types of cancer using the same platform. It is expected to drive compliance around cancer screenings.

In choosing this indication, “The care pathways and reimbursement pathways already exist for colorectal screening,” he pointed out. “What’s needed is a different modality.”

Today the screening options are either fecal collection or colonoscopy. “That’s not fine for everyone, though. We reasoned that doctors are drawing blood for many other tests, so why not for cancer?”

To that end, Freenome developed its blood test. Now it is enrolling an eventual 25,000 people who are at average risk for developing CRC in its PREEMPT CRC prospective clinical trial. To participate, patients must live in the continental U.S. and be planning to have a colonoscopy (for comparison to the results of the blood test). Nolan said he expects enrollment of the trial to be completed around the end of 2021. At that time, he said, “This will be the largest sample and data set prospectively collected in a registrational study for colorectal cancer and adenoma, which is a precursor to colorectal cancer.”

The test uses signals derived from tumors and the immune system. “If diagnoses are made based upon signals released by the tumor, the tumor already is substantial,” he pointed out. Therefore, Freenome’s team is using a multi-omic, machine learning approach to detect signals from the tumor microenvironment and thus identify CRC cancer during its very early stages.

“We’re embedding biomarkers in our CRC test now, for clinical and analytical validation,” Nolan said. “We’re taking a pragmatic approach and are beginning with the end in mind. This platform is very specific now for colorectal cancer, but can apply to other cancer types, too. Thus, it can accelerate time to impact."

“Physicians already know when to order (cancer screenings) and how to rate the screenings…so it can just be added to the lab work. ”

Helping develop a cancer blood test at Freenome is “a great opportunity for me, at this stage in my career, to apply experience and insights gained from working with amazing people in what will result in a medical first,” Nolan said.

“My best friend of 25 years was diagnosed with colorectal cancer at age 40 and died at 45. He was like a brother to me, and his death hit me hard,” Nolan said. “It made my own mortality real, and it lit something that led me to join the fight. When looking for my next opportunity, I knew I had to stay in the field of oncology, where I could make a difference.”

So he joined Freenome.

As CEO, he said, “I let the experts be the experts, and aim to empower them.” That means helping the entire team understand how the leadership is thinking about particular challenges and opportunities as this platform advances. “If our employees can understand why we do something, they can help us think about how to do it.”

For example, “We had a goal to enroll 14,000 people for a clinical trial and complete it by the end of July 2020. Then the pandemic hit.  So many people outside of Freenome were talking about what couldn’t be done, and the numbers of screening colonoscopies dropped dramatically. Nonetheless, our team reached our 14,000-person goal six weeks early by helping us think differently,” Nolan said.

“We went to our people – many of whom are early in their careers – and asked where they saw opportunities and what they would do,” he continued. Importantly, Freenome acted on their advice. The company began working with community organizers and found ways for trial participants to stay in their local healthcare systems. It even helped ensure people had transportation to and from their colonoscopies, and set up its own screening sites through partnerships and collaborations to help more people participate. As a result, “participants are highly diverse – and not just geographically.”

Thinking about the experience, it’s fair to say that, once again, Nolan made his own weather.