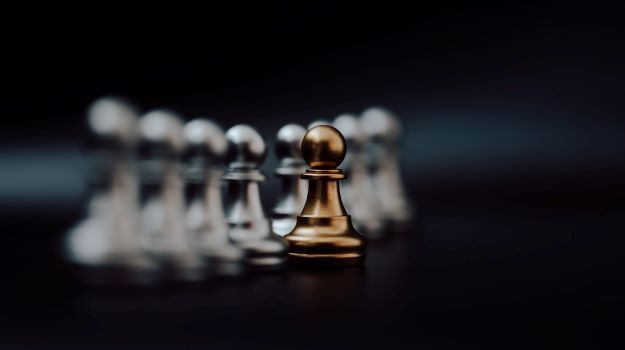 There’s been a changing of the guard at London-based Silence Therapeutics. Craig Tooman, who most recently served as the CFO, has been promoted to president and CEO after Mark Rothera stepped down from his position.

Tooman, who joined Silence in January of 2021, expressed his excitement about the opportunity to take over the helm of the company. He touted the leadership of the company’s board of directors, in particular pointing out the “strong stewardship” of board chairman Iain Ross. Tooman said he will work closely with the board and executive team to “take Silence through its next exciting stage of growth.”

Board chairman Ross called Tooman a “seasoned leader who understands all aspects of our corporate strategy and the immediate need to maximize our potential going forward.” With Tooman at the helm, Ross said he is confident the company will advance its lead candidate SLN360, which is designed to address the high and prevalent unmet medical need of reducing cardiovascular risk in people born with high levels of lipoprotein(a).

Prior to joining Silence last year, Tooman served as the chief operating officer and CFO at Vyome Therapeutics. Before that, he was CEO of Aratana Therapeutics, and prior to that, he was the CEO of Avanzar Medical, Inc. He has also held key leadership roles at Enzon Pharmaceuticals, Inc. (Bridgewater, New Jersey), ILEX Oncology, and Pharmacia & Upjohn Diagnostics. Tooman serves on the supervisory board and audit committee of CureVac.

In the announcement, Silence did not provide information regarding the departure of Rothera, who previously led Orchard Therapeutics.

In addition to Tooman’s promotion, Silence also announced that Rhonda Hellums would take over for Tooman as CFO from her role as vice president of finance. Prior to joining Silence in 2021, she held management roles at KCI and Genzyme.

The promotions of Tooman and Hellums were not the only executive announcements made this morning. Poseida Therapeutics named Brent Warner president of its gene therapy division. Warner most recently served as vice president of gene therapy and rare disease at Novartis. There, he was responsible for building out the division for the Swiss pharma giant. Before that, he was a U.S. commercial leader in Hemophilia A at BioMarin and also held roles at Biogen and Baxalta.

“I am thrilled to join Poseida, which has built an unparalleled platform to deliver novel cell and gene therapies for patients with high unmet need,” Warner said in a statement.  “Together with Poseida's outstanding team, I look forward to the opportunity to accelerate potential single-treatment cures for the rare disease community.”

At Totus Medicines, Ovid Trifan was named the company’s first chief medical officer, and Wei Chen was named the first chief scientific officer. The two have significant experience in complex drug development and will be instrumental in advancing Totus’ first drug program to the clinic this year.

Trifan has held leadership roles at Bristol Myers Squibb, Onyx Pharmaceuticals and Apexigen. He will lead the advancement of TOS-358, which treats PI3K-alpha, an oncogene that mutates in more than 500,000 people in the U.S. every year, as well as Totus' pipeline of novel drug candidates into the clinic.

Before coming to Totus, Chen served as a senior leader at both AbbVie and CuraSen.

“To be able to utilize Totus' peerless platform to develop drug candidates that can treat our world's most threatening diseases is a very exciting prospect, and I look forward to helping lead Totus toward our first round of clinical trials,” Chen said.