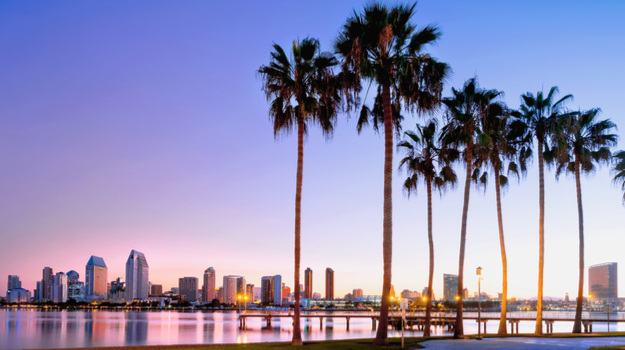 San Diego is regarded as one of the most temperate cities in all of the United States. Temperatures are at or above 60 degrees the majority of the year, with only about 25 days of temperatures above 80 degrees.

The incredibly pleasant climate has been a major contributor to the San Diego area’s appeal as a place to live and work. San Diego, along with the larger Los Angeles area several hours up the road, has been dubbed Biotech Beach. This area is one of BioSpace’s hotbed communities. That swath of Southern California, which includes Orange County, has grown significantly and become a lynchpin of the state’s life sciences industry. As an example, over the past five years, the San Diego life sciences industry has grown more than 20 percent.

Southern California has a lot of appeal. Great weather, a plethora of family attractions, including the San Diego Zoo, Lego Land, and, of course, Disneyland. Combine those attractions with the enormous amount of entertainment and sporting event options (such as the Los Angeles Lakers, UCLA Bruins, USC Trojans, and San Diego Padres), and it’s easy to see why many people call this area home. While those amenities are nice, industries also appreciate the significant number of universities and research institutions that are in the area, including University of California, Irvine (UCI), University of Southern California, University of California, San Diego (UCSD) and many others. Many of these institutions receive significant funding from the National Institutes of Health. In 2018, UCI received $138 million from the NIH, while the UCSD snagged $438 million. Additionally, UCLA received $301 million and USC received $245 million in NIH grant money.

The area is home to numerous well-known players in the pharma industry, including Abbott Laboratories, Iovance, Gossamer Bio, Crown Biosciences, Illumina, Human Longevity and many, many more.

There’s no shortage of news coming from the Biotech Beach area. On Feb. 4, Newport Beach, Calif.-based Evolus received the greenlight from the U.S. Food and Drug Administration for its lead product, Jeuveau, a treatment for the temporary improvement in the appearance of moderate to severe glabellar lines associated with corrugator and/or procerus muscle activity in adults. Jeuveau, a proprietary 900 kDa purified botulinum toxin type A formulation, is expected to be available in the spring, the company said.

Also recently, Gossamer Bio announced its plans to move forward with plans for a $264 million initial public offering. The San Diego company filed for its IPO right before the government shutdown that hit in January and said it could opt for a loophole measure that would allow it to list regardless of the shutdown. However, on Feb. 1, after the government reopened, Gossamer announced plans to move forward with a traditional IPO.

According to the California Life Sciences Association, the trade association representing California’s life sciences industry, there has been significant growth in the life sciences industry across the region, with an increase in hiring across the area. According to the latest survey conducted by CLSA, the Los Angeles area hosted 57,100 jobs, an increase of 7,700 jobs over the previous years. The San Diego area includes 48,400 jobs, an increase of 6,500 jobs and Orange County saw a 4,500 job increase with 45,000 jobs. More jobs have opened since. A list of open positions can be found here, on BioSpace's life sciences job board.

In a spotlight on Orange County, CLSA noted there are more than 44,000 life science employees in the area, earning an average salary of $91,523. In 2017, the CLSA data showed that life sciences employment grew 11 percent. In 2017 venture capital investment was $266 million and in 2018, that amount increased $30 million to $296 million.