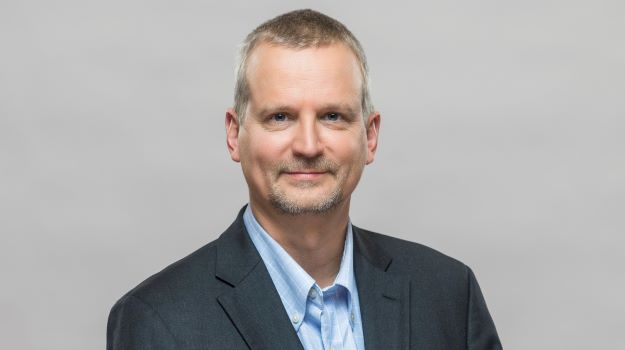 Scientists across the world announced a groundbreaking achievement on March 31, 2022: the complete sequencing of the entire human genome. The scientific community and the public now have access to 3,054,815,472 base pairs of nuclear DNA, twenty-two chromosomes, an X chromosome and 16,569 base pairs of mitochondrial DNA, a dataset that holds at its heart what it means to be human.

The drive to sequence the entire human genome has existed for centuries but began as a scientific, concerted effort in 1990 with the Human Genome Project, which wrapped in 2003 with an impressive 90% of the entire genome’s three billion base pairs being sequenced. It was later updated in 2019 to fill in a few more gaps. However, the final push to complete the sequencing took nearly two decades due to the lack of adequate technology.

Helping to turn the tide was biotech company PacBio, a leading provider of high-quality, highly accurate sequencing solutions. The company made an essential contribution to the completion of the project, which was published in Science by scientists forming an international team known as the Telomere-to-Telomere (T2T) Consortium.

What PacBio brought to the table was cutting-edge technology known as HiFi sequencing. This tool is capable of reading long fragments of DNA at higher accuracy than other known long-read sequencing technologies which previously provided either length or accuracy, but not both.

“In HiFi sequencing, we merged and took the best of both worlds in now generating long and highly accurate reads,” said Jonas Korlach, Ph.D., chief scientific officer at PacBio, in an interview with BioSpace. “What that allows you to do, which is described in the paper, is sequence and then assemble and resolve these really challenging regions like centromeres and telomeres and so-called segmental duplications, which are duplications of regions in the human genome that are very similar in sequence but not identical.”

In genome sequencing, short-read sequencing provides high accuracy but only small snippets of data, whereas long-read sequencing offers more data but lacks accuracy, making it difficult to tell the difference between true genetic variations and errors. In HiFi Sequencing, reads can be hundreds of times longer than short reads and provide greater than 99.9% accuracy with faster processing times.

The science behind HiFi sequencing is Single Molecule, Real-Time (SMRT) sequencing, a complex but crucial technology that makes it possible to read long strands of genomic information accurately. The process begins by isolating high-quality double-stranded DNA and ligating adapters from the SMRTbell Library to create a circular template. Once primer and polymerase are added, immobilized DNA is added to the SMRT Cell where light is emitted to measure nucleotide coordination in real-time, producing a genetic sequence. The process to create a sequencing library takes only about a day using this technology.

To researchers of all persuasions, the completion of the human genome has unlocked the doors to solving some of human health’s greatest mysteries, but the general public might still be left wondering just why this achievement is so important.

“Until last week, we didn’t actually fully know what it means to be human from a genetic, architectural, blueprint level,” Korlach emphasized. “We now, for the first time, have a complete understanding. We are getting our first glimpses of the ramifications or consequences of what it means. It allows us to better understand what gives us our individualities and variations that can lead to disease.”

Not only that, but we can now compare our own genome to that of our closest relatives, the primates, to see exactly how we differ as a species. Additionally, HiFi sequencing has unlocked the potential for growth in a number of fields, according to Korlach, where whole genomes can be sequenced from agricultural crops and livestock, gut microbiota communities and viral pathogens like SARS-CoV-2.

The most immediate impact, though, may be in the field of rare and inherited diseases.

“Rare disease cases are individually rare but collectively they’re very common. About 25 to 30 million people in the U.S. suffer from a rare disease. The current technology of short-read sequencing can solve the cause of around a third of cases which means more than half of patients, when they have genetic analysis, are being turned away by the doctors saying, ‘Sorry, I tried this, but I still don’t know the cause of your disease.’ The community over the past year and a half has turned to PacBio HiFi Sequencing and in numerous instances are now able to shine a light onto those missing regions in the genomes,” Korlach said.

PacBio’s HiFi Sequencing has led to a substantial increase in the solve rate of previously unexplained disease cases over the past year and a half. In a paper published in Genetics in Medicine, researchers from Children’s Mercy in Kansas City, MO, used HiFi sequencing to provide comprehensive and candidate analyses in a pediatric rare disease cohort. By utilizing the technology, diagnostic capabilities ranged from 11% in patients with prior negative genetic testing to 34.5% in naïve patients. Additionally, integrating structural variants from genome sequencing added up to 13% of new diagnoses in previously unsolved cases.

“In many cases, people have gone through years of questions and mysteries and test after test, and they still don’t know the potential cause of their disease. Now, there is support for the development of those diagnostics, and there is a lot of power in knowing. It doesn’t automatically mean we can cure it, but it provides closure and, in some cases, the medical treatment could ultimately change based on that knowledge,” Korlach said.

He has some predictions for how the human genomics research space will change with the increased use of HiFi sequencing and the now available complete human genome. High-quality genomes will become the new gold standard in the human space but will also play an important role in the fields of conversation biology and biodiversity. Although some of these impacts won’t be immediate, we will begin to see more research uncovering the cause of diseases and how certain drugs may impact disease states. Overall, we can expect a real boost in our ability to understand biology and intervene in certain diseases.

“As with all of the milestones in science, people will usually say it’s the end of something,” Korlach said. “But this is really the beginning.”