Talaris is Rapidly Expanding as it Speeds Toward a First BLA 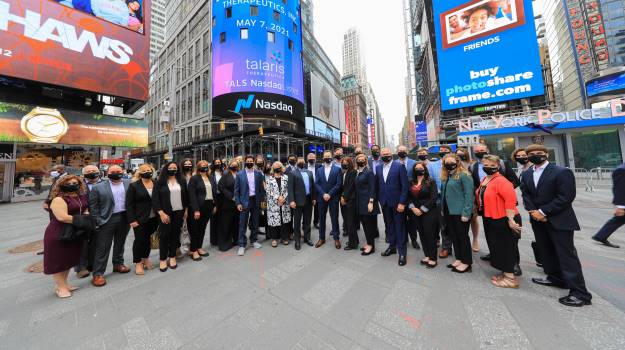 On the heels of a successful $150 million IPO in May, and with promising clinical data in hand, Talaris Therapeutics is experiencing rapid growth. The Louisville, Kentucky-based biopharma company, a member of BioSpace’s NextGen Bio ‘Class of 2020’, is developing a one-time cell therapy that could enable kidney transplant patients to ditch their immunosuppression medications.

Talaris’s clinical pipeline is based on its proprietary Facilitated Allo-HSCT Therapy, which is designed to induce immune tolerance. It does this by seeking to establish a biological state in the transplant recipient called “chimerism”. This might sound magical, but it actually makes a lot of sound scientific sense. The immune system is comprised of cells that grow from hematopoietic stem cells (HSCs). “Chimerism” refers to a condition in which both the organ donor’s and recipient’s HSCs co-exist in a state of harmony in the patient’s bone marrow. These co-existing HSCs recognize the other as “self”. If all goes well, establishing chimerism in the transplant recipient precludes both immune-mediated rejection of the transplanted organ as well as graft versus host disease (GvHD). Perfect harmony.

If it was that easy to achieve, however, somebody would have already solved it in the more than 60 years since the biology was discovered.

So far, so good. On November 4, Talaris provided the first clinical update from its Phase III study of lead asset FCR001 in living donor kidney transplant (LDKT) recipients. The first two participants in the FREEDOM-1 study whose LDKT occurred more than 12 months prior to the data cutoff date were both successfully weaned off all chronic immunosuppression drugs without evidence of rejection, and with stable kidney function.

“The results we shared were very promising, albeit in a small number of patients,” Requadt said. In an earlier Phase II study, 70% of patients who received FCR001 were successfully weaned off all of their immunosuppression treatments without rejecting their donated kidney, and “everyone who got off, stayed off.” The company recently announced an update to the long-term follow-up of its Phase II patients and noted that median follow-up time since transplant is now more than 6 years, with six patients now more than ten years out from their transplant, and the longest follow-up being over 12 years. The safety profile was generally consistent with that expected of patients who receive both a living donor kidney transplant and an allogeneic stem cell transplant with non-myeloablative conditioning. The objective of the Phase III study, which is being conducted at up to 20 transplant centers of excellence across the U.S., is to demonstrate that these promising Phase II results can be reproduced in a larger number of patients.

“We hope to continue to reproduce the Phase II results in Phase III and add to the confidence of patients, clinicians and investors in the potential of our therapy,” Requadt said.

Elsewhere in the pipeline, Talaris is also investigating FCR001 as a therapy to potentially restore self-tolerance in patients suffering from diffuse cutaneous systemic sclerosis (dcSSc), a severe form of the rare autoimmune disease scleroderma. Just today, the company announced the initiation of a Phase II FREEDOM-3 trial in this indication. The same therapy is also being considered for other severe non-malignant blood, immune and metabolic disorders. Talaris also recently announced the initiation of its FREEDOM-2 trial which will evaluate the potential for FCR001 to induce durable immune tolerance in patients who have previously received a kidney from a living donor.

As the late-stage trials continue to progress, Talaris is rapidly ramping up its resources and investments.

The company went through a huge growth spurt during the pandemic, doubling its workforce between March 2020 and today. The headcount now sits at 112 employees, with about two-thirds of those at Talaris’ cell processing facility and offices in Louisville. The company also has corporate offices in Boston and recently opened a research facility in Houston to focus on process and analytical development.  The remainder are remote, spread out across 24 different states. Talaris was doing remote work before it was cool, and the pandemic has only accelerated that mindset.

“For us, it's all about finding the best people wherever they happen to be,” Requadt shared. “As a result, we've embraced the remote work model for any jobs that are not directly involved in CMC and GMP manufacturing.”

That said, Talaris places high importance on face-to-face collaboration – and camaraderie. The company conducts quarterly in-person program team and other cross-functional meetings, held an all-employee meeting in Louisville over the summer for all of its fully vaccinated employees, and is inviting all fully vaccinated employees and their partners back to Louisville for its annual holiday party.

“There is absolutely no substitute for having opportunities to meet people that you're with on Zoom all the time, just to forge relationships at a different level,” Requadt said.

As Talaris continues to build toward a Biologics License Application (BLA) submission, it is actively recruiting across nearly all departments, including quality assurance, quality control, manufacturing, environmental control, analytical and process development.

“We are growing aggressively,” Requadt said. “We now have a Phase III registration study and two Phase II studies, and we're trying to ensure that our CMC is phase appropriate for a late-stage program.”

Talaris is looking for a particular type of profile and commitment from all of its team members.

First and foremost, “people need to feel a sense of commitment to our mission,” Requadt said. “We want to transform the lives of our patients and potentially allow them to discontinue lifelong immunosuppression and not reject their organ, or change the course of their autoimmune disease. We need people who are inspired by that.”

The ideal candidate, he noted, will also be comfortable operating in a fast-growing company, where the pace of decisions and innovation is quick.

With an abiding mission to change lives, Talaris expects a lot from its employees, and the company does what it can to enable them to grow, both personally and professionally.

“We emphasize a performance culture, but also a training culture within Talaris,” Requadt said. This includes internal professional development such as virtual learning sessions, and a leadership accelerator for aspiring leaders that consists of both peer and outside coaching. The company also provides an allocation of up to $2500 a year that employees can use for outside courses.

Requadt shared that “southern hospitality” is another big part of the employer value proposition offered by Talaris.

“People are incredibly friendly, open and engaging. It makes us a little bit different than a company where the vast majority of the workforce is on the coasts,” he said. “I think that has also translated into sort of a comfort level among employees and how we work together. We work hard, but we also like to laugh together and have fun together. Finding ways to promote work-life balance is really important to us.”

In addition to lifelong learning, the culture at Talaris focuses on integrity, respect, excellence, accountability, teamwork and fun, six values Requadt believes are all intertwined. He elaborated on accountability – to one another, and especially to patients. “The patient is at the center of what we do, and we try to remind ourselves of that constantly.”

There could be no more poignant reminder than testimony from patients who have already benefited from the therapy. Robert Waddell, who received a kidney transplant after suffering from polycystic kidney disease, took part in the Phase II trial of FCR001. He has been off of immunosuppressants now for 11 years.

“I forget I ever had a kidney transplant,” he said. “I don't take medicines. I don't care about coming into contact with anybody who has germs. I've had Covid, and I recovered from Covid. It’s very life-changing.” Talaris looks forward to completing its Phase III study and to commercializing this treatment option, if approved, for future LDKT recipients.

After beginning the therapy, Waddell was able to play baseball again with his young children. “It felt like my legs were new; I didn't get tired. I was like, this is actually fun!” he shared. “When I was living with a new kidney without the meds, that was rockstar status.”