Experts Recommend Taking Race Out of the Equation for Kidney Disease 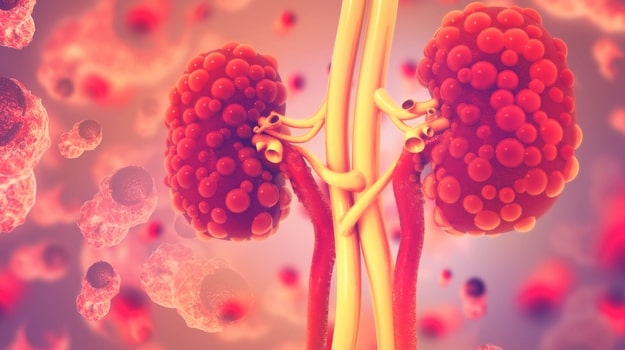 As implicit bias and racism have been increasingly brought into light by national events, racial disparity in the health care system is an issue many social justice warriors have taken on. In response to an outcry against using race in clinical algorithms, the National Kidney Foundation (NKF) and the American Society of Nephrology (ASN) took reevaluation to task and recommend removing race from the equation in the assessment of kidney disease.

When studies in the late ’90s showed Black patients on average had higher levels of creatinine, a waste product from the use of muscles, the equations doctors used to assess kidney function were adjusted for self-reported race in an effort to provide more accurate estimates.

But skin color does not give a complete picture of genetics. Race is often not reported accurately and is non-inclusive of multiracial individuals. An ancestry test could give a full picture to help determine genetic prevalence for disease, but clinics rarely test that deeply.

According to the NKF, Black Americans are nearly four times more likely to have kidney failure than their white counterparts. Yet a study showed that racial disparities in the receipt of live donor kidney transplants have actually increased from the late ’90s compared to 2014.

The task force unanimously believes a better solution is available to determine kidney function more accurately. The official recommendation is to drop the racial correction in the formula and adding further confirmation to findings with the addition of a second blood marker, cystatin C. Cystatin C is a protein produced by the cells of the body that is maintained to its proper level by healthy kidney function.

Historically, cystatin C has not been used regularly as tests are more expensive and not readily available in most labs. To add this test routinely where kidney disease is suspected would require a change the task force members are hoping for in the near future.

“If I had my way, I’d want everyone to go out and have the option to use these [combination] tests tomorrow, but this isn’t yet in every lab,” said Lesley A. Inker, a task force member and director of the Kidney Function and Evaluation Center at Tufts Medical Center.

But the new equations can be used immediately. While clinics will need a software update to change to the equation without the racial correction, patients can now check their own kidney function using a calculator with the revised equation on the NKF website.

“Including race in equations for GFR, or any other algorithms in medicine, delivers the wrong message. It reinforces this concept that skin color drives biology, which is not the case,” NKF President Paul Palevsky said.

“But anyone who thinks this is the whole solution, that we’re done addressing race and racism in the treatment of kidney disease is deluding themselves.”

One nephrologist on the task force had helped in a study last year to see how the updated formula would affect patients. Mallika Mendu, executive medical director of clinical operations for Brigham Health, had abandoned the race correction in June 2020 when medical students and residents began protesting the formula.

Once the race consideration had been removed from the equation, 1 in 3 of the 2,000 Black kidney patients in the hospital’s health care system was reclassified to more severe kidney disease. Many were moved to the final stage before kidney failure, and 64 patients now met the criteria for kidney transplants.

The medical student protests that began in 2016 had made Mendu begin to question what she’d always taken as truth.

“Honestly, I took this as gospel, I didn’t even think about it. It shows you our generation didn’t always question what we were taught,” said Mendu.

“My hope is that this is the start of conversation to end these truly profound disparities.”