Takeda Drops One Hunter Syndrome Therapeutic, Puts Faith in Another 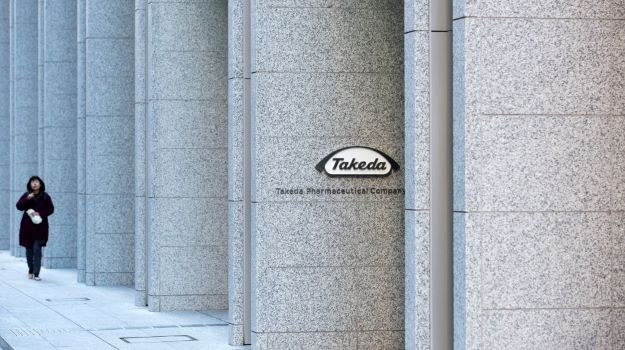 In its financial results for 2021, released Wednesday, Takeda announced that it has decided to discontinue the development of TAK-609, a therapeutic for Hunter Syndrome.

Hunter Syndrome is an inherited disorder caused by a missing or malfunctioning enzyme called iduronate 2-sulfatase. Without a properly functioning enzyme, certain complex molecules build up in harmful amounts, which can cause progressive damage in tissues that impact appearance, brain development, organ functioning and physical abilities. Hunter Syndrome can cause severe complications including difficulty breathing, cardiac complications and connective tissue abnormalities.

In 2017, biopharma company Shire was developing TAK-609 for the treatment of Hunter Syndrome. However, the Phase II and III clinical trials failed to meet both primary and secondary endpoints. The drug failed to improve cognitive outcomes in the pediatric population treated and did not produce clinically meaningful changes in adaptive behavior measures. When Takeda acquired Shire in 2019, the company chose to continue the development of the drug despite these results.

Now, Takeda is cutting its losses with TAK-609, stating that it has decided to discontinue the development of the drug because the data is not sufficient for filing. Although disappointing for those with the condition, Takeda is currently collaborating with JCR Pharmaceuticals in another therapeutic attempt for the condition.

In September 2021, Takeda and JCR announced a geographically-focused exclusive collaboration and license agreement to commercialize JR-141. The therapeutic is an investigational, next-generation recombinant fusion protein of an antibody against the human transferrin receptor and iduronate 2-sulfatase. With JCR’s blood-brain barrier technology, JR-141 would be able to effectively deliver the therapeutic enzyme across the blood-brain barrier which could potentially prevent or mitigate some of the neurological manifestations of the disease.

In Phase II and III clinical trials in Japan, JR-141 met its primary endpoint in demonstrating significant reductions in the disease-causing substrate in the central nervous system. As part of the agreement, Takeda will exclusively commercialize JR-141 outside of the U.S., including Canada and Europe. Takeda also has the option to acquire an exclusive license to commercialize JR-141 in the U.S. after the Phase III program is completed.

Takeda also stated that it remains dedicated to creating therapeutics for lysosomal storage disorders, which are characterized by the accumulation of substrates in excess in various organs’ cells which can cause dysfunction and damage to tissues and organs. Specifically, the company is expanding collaboration with JCR to develop gene therapies that utilize blood-brain barrier penetration technology and a strategic collaboration and license agreement with Evozyne to develop proteins for gene therapies for lysosomal storage disorders.

Overall, the company’s rare diseases revenue was 611.2 billion yen for its fiscal year, with a slight decline from the prior year’s results. Driving its rare disease revenue was Takeda’s global market leader Takhzyro, which prevents attacks of hereditary angioedema.