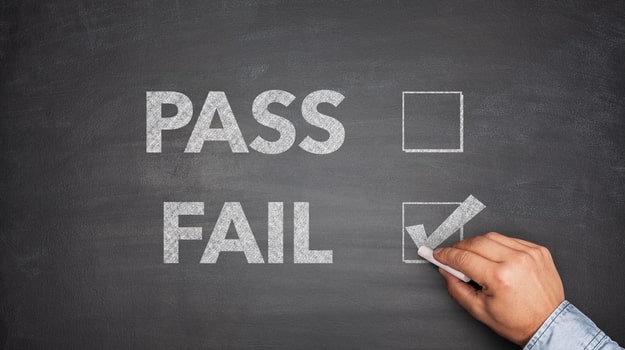 While the global pandemic has turned into a massive moneymaker for some life science companies, others who valiantly answered the call find their efforts less than victorious. Synairgen watched its stock plummet 85% after reporting disappointing results for its inhaled COVID-19 treatment on Feb. 21.

The British respiratory-focused biotech saw its shares explode in July when it announced positive results in a previous trial for SNG001. At that time, though, the improvement for patients using the drug was just barely statistically significant.

That “just barely” result did not come through in the recently completed Phase III trial of SNG001. The treatment failed to meet its primary or key secondary endpoints for the 309 patients who received it when hospitalized, compared to the 314 who took the placebo.

Patients who received SNG001 were no more likely to be released from the hospital and make a full recovery than those who received the placebo. Synairgen pointed to a better standard of care as the cause for the flop. Patients are now receiving corticosteroids as part of the standard of care. This was not the practice during the Phase II trial.

CEO Richard Marsden said, “This improvement in patient care may have compromised the potential of SNG001 to show a clinical benefit in respect of the endpoints for this study, which were not met. Despite this, we have observed an encouraging trend in the prevention of progression to severe disease and death, which we strongly believe merits further investigation in a platform trial.”

Not ready to throw in the towel just yet, Synairgen will shift focus to its NIH-funded trials for in-home COVID-19 patients. Phase II results have not yet been announced, but the company is already planning for Phase III.

Built on the research of three University of Southampton professors in 2003, Synairgen’s platform focuses on sending interferon beta cells to boost the epithelial cells in the respiratory tract to fight viral attacks. Its inhaled formulation showed effectiveness in the lab and boasts a favorable safety profile.

Thus far, however, it’s been a tough transition from lab to in-human efficacy. AstraZeneca had taken on its earlier formulation of the inhaled interferon beta treatment for asthma in 2014. But after interim data concluded the drug would not achieve primary endpoints, AstraZeneca halted the Phase IIa trial, sending stock tanking.

Synairgen had launched a two-part Phase II trial of SNG001 in COPD in early 2018, but it was paused before recruitment was full due to the emergence of SARS-CoV-2.

If its in-home treatment flops, SNG001 won’t be alone in the growing pile of abandoned COVID-19 treatment hopefuls. Even the big names have had to cut losses on antiviral candidates to fight the mutating virus. Pfizer halted trials for its intravenous antiviral even as it celebrated the rollout of Paxlovid tablets. In the NIH-sponsored study ACTIV-3, which assessed various drugs for hospitalized COVID-19 patients, Pfizer, Eli Lilly, GlaxoSmithKline, Novartis and Brii Biosciences all tossed hats in the ring but proved unsuccessful.

As we head into year three of the pandemic, the slipperiness of the SARS-CoV-2 virus has more than proven a worthy adversary, even to our ever-advancing 21st-century technologies.