Study: Survivors of Severe COVID-19 at Risk for Autoimmune Disease 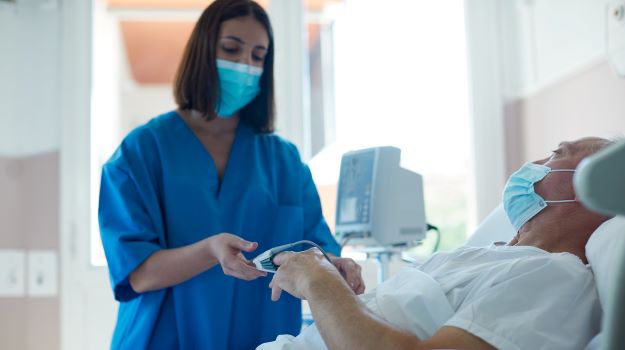 A recent study published in Nature Communications reveals that patients who had been hospitalized with severe COVID-19 might not be totally safe after recovery, as they are more likely to harbor self-attacking antibodies than those who did not have the virus.

According to the study's senior author and professor of immunology and rheumatology at Stanford Medicine PJ Utz, M.D., people who get sick enough to be hospitalized due to the virus might eventually suffer from a full-blown autoimmune disease later on.

The researchers took blood samples from 147 COVID-19 patients from March to April 2020 confined at three university-affiliated hospitals and from 48 patients of the same situation from Kaiser Permanente in California.

They found that over 60% of the patients carried anti-cytokine antibodies compared to just around 15% of healthy patients in the control group. The scientists measured how much of the antibodies that target the virus were present, as well as autoantibodies and antibodies that attacked cytokines, or proteins that immune cells secrete to communicate with each and create a response strategy.

The high levels of cytokines could trigger the erroneous production of antibodies that eventually target them. If any of the antibodies block cytokine's ability to communicate and bind to appropriate receptors, the result is a deactivated immune cell that, eventually, could give the virus more time to replicate and result in something worse.

"Within a week after checking in at the hospital, about 20 percent of these patients had developed new antibodies to their own tissues that weren't there the day they were admitted. In many cases, these autoantibody levels were similar to what you'd see in a diagnosed autoimmune disease," said Utz in a press release.

The findings boost the need for a more aggressive vaccination campaign, as COVID-19 vaccines contain only one protein — SARS-CoV-2 or spike protein. In a vaccinated person, the immune system is not exposed and cannot be confused by the presence of other novel viral proteins that are generated during an infection. That means there's a much lower chance that its own antibodies would attack the immune system.

"If you haven’t been vaccinated and are telling yourself, ‘Most people who get COVID get over it and are OK,’ remember that you can’t know in advance that when you get COVID-19 it will be a mild case. If you do get a bad case, you could be setting yourself up for a lifetime of trouble because the virus may trip off autoimmunity," added Utz.

"We can’t say yet that you’ll definitely get an autoimmune disease — we haven’t studied any patients long enough to know whether these autoantibodies are still there a year or two later, although we hope to study this — but you certainly might. I wouldn’t want to take that chance," he said.

Utz's research team is expanding its research to include blood samples from SARS-CoV-2-infection persons who had mild symptoms or were asymptomatic.

Utz, conducted the research and wrote the paper alongside Chrysanthi Skevaki, M.D., Ph.D., a virology and laboratory medicine instructor at Philipps University of Marburg in Germany, and Eline Luning Prak, M.D., Ph.D., a professor of pathology and laboratory medicine at the University of Pennsylvania. The lead authors are Sarah Chang, a former technician at Utz's laboratory; Allen Feng, a current technician; Wenshao Meng, Ph.D., a senior research investigator; and Sokratis Apostolidis, M.D., a postdoctoral scholar from the University of Pennsylvania.