After a warm welcome from Keep Memory Alive co-founders Camille and Larry Ruvo, the evening began with Siegfried Fischbacher presenting Lonnie Ali, wife of late great Muhammad Ali, with the Keep Memory Alive Caregiver Hero award. This accolade is in honor of those who have gone above and beyond to care for those who are unable to care for themselves and Ali's grace and selflessness make her a true caregiving hero.

As she accepted, she noted that she was pleasantly surprised when she learned she was receiving this award because it was the first time she'd be honored not just as Muhammad Ali's wife, but as his care partner and caregiver.

Twain presented Richie with an award in honor of his impactful musical contributions to the world and his support of Keep Memory Alive.

Twain said, "He's my buddy, my pal, he's a lifesaver and a really wonderful friend. I'm happy to be here for him. I have a personal interest in the cause. My grandmother had Alzheimer's. It's a very devastating disease and we just need more awareness." Earlier in the night on the purple carpet, she hinted to her Las Vegas return, saying "I will be singing somewhere. I wonder where that is going to be," with a telling smile.

Addressing the crowd, Richie said, "What you all are doing tonight is helping mankind and actually making a difference in the world. I'm so proud to be here tonight to share this award."

Paying tribute to Richie's iconic music, Leona Lewis and Miguel performed together for the first time with a powerful rendition of "Endless Love," followed by rising Latin star Pedro Capó's sleek performance of "Running with the Night." Other memorable moments included Bernie Williams singing "Lady You Bring Me Up" before NE-YO joined him on stage for a duet of "Easy." NE-YO and Snoop Dogg then had the crowd on its feet during a rousing rendition of "Brick House."

Richie brought down the house with hits "Hello" and "Dancing on the Ceiling." Shania Twain, Snoop Dogg, NE-YO, Bernie Williams, Pedro Capó, Leona Lewis, Miguel, Anthony Mackie, Anthony Anderson, Peta Murgatroyd and Jon Taffer joined him for the "All Night Long" finale before guests made their way to the after party.

Guests bid on exceptional experiences during the live auction, including private dinners with Diane Keaton, Bon Jovi or Sir Michael Caine in London, a week sailing the Mediterranean on a superyacht, a private tennis lesson with Andre Agassi and Steffi Graf, or a mini champagne vending machine.

The evening generated the majority of annual revenue for Cleveland Clinic Nevada to provide service, care and resources for patients and their caregivers in the fight against cognitive diseases including Alzheimer's, Parkinson's, Huntington's, multiple system atrophy, frontotemporal dementia and related disorders, multiple sclerosis and more.

"We are so grateful for all of these incredible artists and guests coming out tonight in support of Keep Memory Alive," said Camille Ruvo. "Without them, Cleveland Clinic Nevada would not be able to provide the world-class level of research, care and support that they do for patients and their families. The love and overwhelming generosity experienced tonight makes me feel confident we will fulfill our mission of finding a cure for brain disorders someday."

About Keep Memory Alive:
Keep Memory Alive, whose mission is to provide enhanced treatment and ultimately cures for patients and their families suffering from neurocognitive disorders, raises awareness and funds in support of the Cleveland Clinic Lou Ruvo Center for Brain Health. By supporting Keep Memory Alive and its fight against neurodegenerative diseases such as Alzheimer's, Huntington's, Parkinson's, ALS and memory disorders of all kinds, we can ensure progress towards better treatments and ultimately cures will occur in Las Vegas. For additional information, call (702) 263-9797 or visit keepmemoryalive.org. 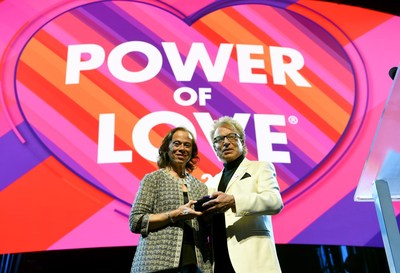 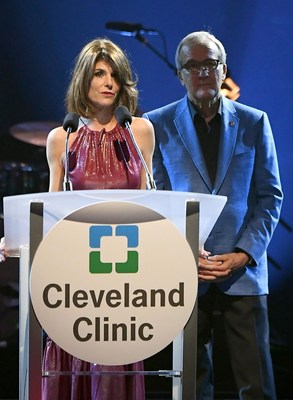 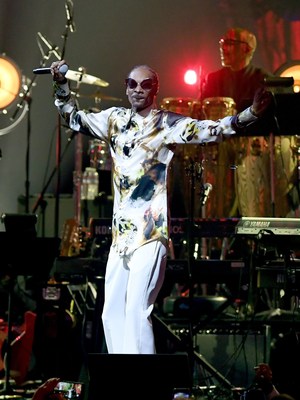 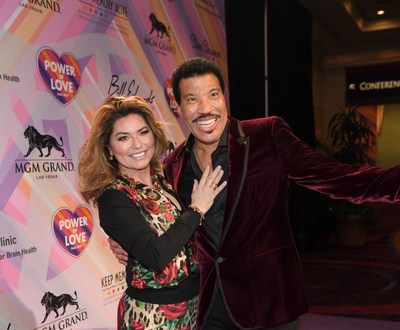