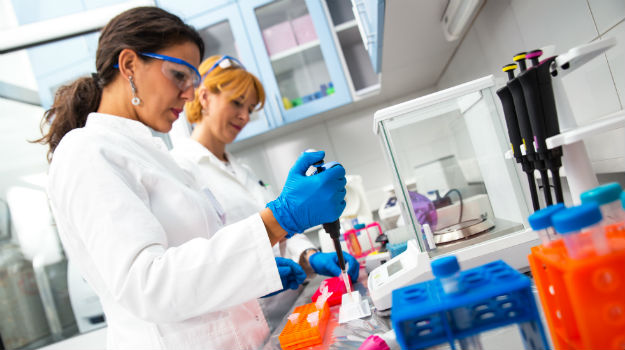 Companies that have a strong focus on developing drugs that target messenger RNA (mRNA) may be ahead of the curve when it comes to potentially tapping into a lucrative market space.

For some time mRNA was thought to be an iffy choice for delivery of a therapeutic agent, but that notion is changing. A new study conducted by Swiss pharma giant Novartis and the University of North Carolina shows how important mRNA is when it comes to druggable structures. First reported by Chemical & Engineering News, the Novartis/UNC study suggest that the structure of mRNA is far more functional than previously imagined, particularly when it comes to delivering therapeutics. The study suggests that there are possibly thousands of undiscovered structures within mRNA, C&EN reported.

Novartis, among other companies such as AstraZeneca Pharmaceuticals LP and Pfizer Inc., are keen on tapping into the potential of “blocking mRNAs that would normally create disease-causing proteins,” C&EN reported. Using mRNA-based medications to treat certain diseases has shown promise and multiple companies are looking at the field as a potential therapy.

As part of the study, the researchers developed a measure to map RNA structure across the Escherichia coli transcriptome. As C&EN described it, a chemical reagent is combined with “high-throughput sequencing” that is able to identify whether regions of RNA are stable or unconstrained. Once that was done the research team examined data from the “most abundant RNA in the cells.” They found 194 RNA transcripts encoding 400 genes.

Novartis biologist Razvan Nutiu, who worked with the UNC team, said they were “wowed” at the discovery.

“Basically every gene shows some sort of a structure, and all of the structures seem to be very diverse and very different from each other,” Nutiu told C&EN.

This news appears to be something that is sending shockwaves through the research community.  Karissa Sanbonmatsu, a Los Alamos National Laboratory-based scientist who specializes in RNA, told the publication that the news from the report is “rewriting the textbooks.” She said individual instances of RNA structure are “well-known” but this study has broken ground by revealing so many structures in mRNA.

With this news, Novartis and other drug developers will begin looking at the regulatory role of RNA in the body and how that can be used to target disease. During his interview, Nutiu said his team will look at how “RNA structure influences function, and how this function is linked to disease.” Novartis is already focused on targeting RNA as a potential therapy for oncology. Additionally, the company is exploring the potential in cardiovascular, musculoskeletal and neurological studies.