Opposing Role of T-Cells in Promoting and Preventing Colorectal Cancers 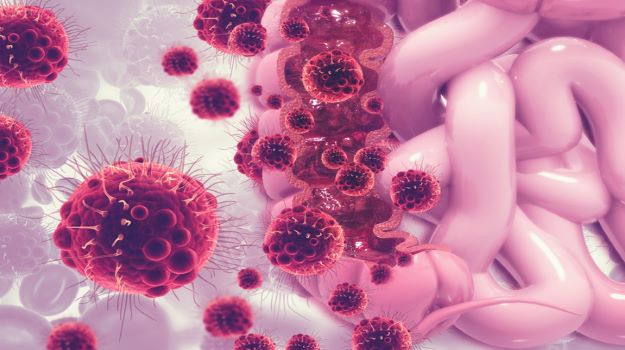 A study published this month in Science discusses data that may support a devious alter ego of T-cells present within colorectal cancer tumors.

Contradicting data exists regarding whether T-cells are truly beneficial as they fulfill their key role in immune responses of patients with colorectal cancer. To investigate the contradictions, researchers from The Rockefeller University conducted experiments using mouse models and CRISPR gene editing technology, digging further into how T-cells behave in a tumor ridden intestinal tract.

Taking a look at the T-cells within mouse subjects with colorectal cancer, the team found that two categories of cells referred to as &#120516;&#120517; T cells were present with starkly different receptors. This means that each cell is equipped to identify a different antigen or antigens. Both types were seen to release cytokine IL-17 to induce an inflammatory response, as is expected for a member of the immune system army. However, within the colorectal tumor microenvironment, IL-17 appeared to have a different purpose. The cytokine promoted tumor cell proliferation and immune system evasion by recruiting other cells. The team began to use CRISPR to determine what happens when &#120516;&#120517; receptor functionalities are hindered.

Bernardo Reis, one of the researchers working to understand T-cell behavior, commented on the team’s findings.

To further investigate the differences between immunoresponsive &#120516;&#120517; T-cells and the tumor promoting versions, cells were taken from human colorectal tumors. Here, the cells within the tumor appeared to have changed while the cells outside of the tumor functioned normally as immune system modulators.

Reis explained the odd phenomenon in a simple manner.

It almost looked like a fight between these two populations," he said. "Regular cells were trying to contain the tumor while cells inside were promoting tumor growth."

Pharma and biotech companies are working diligently on drug discovery and potential commercialization of T-cell therapies. The cells are chosen because of their strong role in immunoresponse. T-cells travel throughout the human body through the blood or lymphatic system in response to inflammation. The cells are able to illicit a specific protective response based upon whatever antigen is causing the inflammation. Upon reaching the antigen, receptors on the cells spring into action, whether it be secretion of a cytokine, binding and killing defective cells or moderating overall immune responses.

The five-year survival rate for patients of colorectal cancer is 65.1%, according to reports from the U.S. National Cancer Institute. The institute estimates that over 151,000 new diagnosis of colorectal cancer will be given in 2022, comprising 7.9% of all new cancer cases. Overall, the death rate per 100,000 persons in the U.S. has steadily declined since 1992, perhaps because of the various new treatments emerging daily.

So far, the U.S. Food and Drug Administration has approved two T-cell therapies that use genetically altered T-cells to combat cancer. The market for T-cell therapies, particularly CAR T-cell therapies for solid tumor indications such as colorectal cancer is gaining traction. While the cost of receiving such an advanced therapy is high, growing numbers of medical insurers, including the Centers for Medicare and Medicaid, are recognizing the potential benefit with increased treatment reimbursement in 2020.