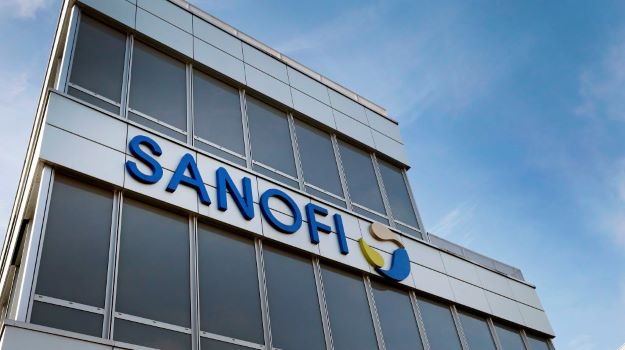 Net sales jumped by 8% from 2021, leading the company to raise its earnings outlook for the rest of the fiscal year. Sanofi expects its adjusted earnings per share this year to increase by around 15% at constant exchange rates.

Sanofi’s strong showing is thanks in large part to its Specialty Care program, which grew by 21.6% this year and earned the company more than €4 billion ($4.07 billion USD). Trailing behind It are Sanofi’s Consumer Healthcare and Vaccines programs, growing 9.1% and 8.7% respectively. These units delivered €1.3 billion ($1.32 billion) and €1.2 billion ($1.22 billion) to the business, respectively.

“Our performance in the second quarter was once again fueled by both higher sales across our key growth drivers and outstanding financial results. We remain ahead of schedule on our strategy and are confident in the outlook for the second half of the year,” Paul Hudson, chief executive officer of Sanofi, said in a statement.

Dupixent (dupilumab), Sanofi’s anti-inflammatory eczema treatment developed in partnership with Regeneron, continued to be the company’s star asset. The drug raked in some €2 billion ($2.03 billion) in sales, accounting for nearly half of the company’s Specialty Care income. Since it first entered the market five years ago, Dupixent has been administered to more than 450,000 patients and is now netting nearly €8 billion per year ($8.12 billion).

Aside from Dupixent, there is only one other biologic drug approved for eczema: Adbry (tralokinumab-ldrm). Like Dupixent, Adbry is a monoclonal antibody. But while Dupixent can block both interleukin-4 and interleukin-13, Adbry focuses solely on the latter inflammatory marker. Adbry was developed by Danish company LEO Pharma and was given approval by the United States Food and Drug Administration in December 2021.

While the eczema space remains firmly in Sanofi’s grasp right now, there are many up-and-coming biologics that could shake Dupixent’s foothold in the coming years.

Swiss pharma company Galderma is also vying for a spot to in the eczema market with nemolizumab, also a monoclonal antibody, but one that targets interleukin-31. The candidate is currently in Phase IIb studies, and last year, it was revealed to demonstrate strong anti-inflammatory effects in patients with atopic dermatitis, leading to early symptom improvements.

Also driving Sanofi’s strong Q2 performance is its COVID-19 vaccine, developed together with industry powerhouse GSK. Though designed against the Beta variant of the coronavirus, the vaccine showed strong protective effects against Omicron, both when administered as a primary series or as boosters.

Aside from its strong fiscal performance, Sanofi is also standing by its commitment to promote diversity.

On Tuesday, the company announced that it has partnered with Howard University, a historically Black college, opening 10 new two-year pharmacy fellowships for Howard graduates. At the end of the program, Sanofi hopes to transition the fellows into permanent, full-time employees—the first time that a corporate partnership with the college has included an explicit commitment to employment.

“This collaboration with Howard University will allow us the opportunity to foster the next generation of scientists from historically underrepresented communities,” John Reed, M.D., Ph.D, global head of research and development and Sanofi, said in a statement. “We look forward to working with the fellows as they begin their training and become Sanofi team members who will undoubtedly help contribute to frontier innovations as we bring the next generation of life-saving medicines to patients worldwide.”