Researchers Take a Bite out of Bioengineering 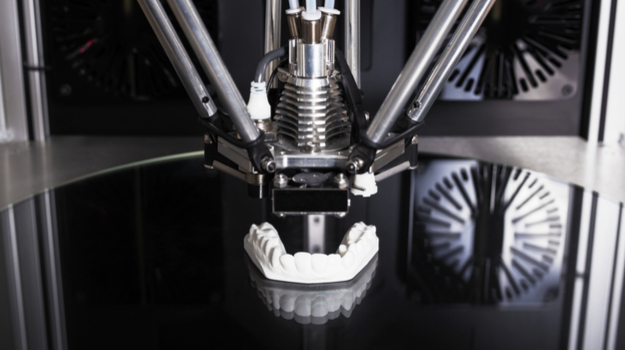 People can lose their teeth for several reasons. Many of those, though, are not related to poor dental hygiene, but rather, are byproducts of other diseases, such as cancer, osteoporosis and diabetes.

For people who have lost their teeth due to any number of reasons, the solution has been either the use of dentures or a bridge, or artificial dental implants, which are the current standard. Now, another solution could be on the horizon – bioengineered teeth. An article published earlier this summer in the Journal of Dental Research suggests that “bioengineered tooth buds” are a “superior alternative tooth replacement therapy.” In the article “Bioengineered Tooth Buds Exhibit Features of Natural Tooth Buds,” the authors report that artificial implants do not exhibit the same properties as natural teeth and are therefore subject to certain complications.

The authors of this abstract said that to their knowledge, their report is first of its kind to describe the use of postnatal dental cells to “create bioengineered tooth buds that exhibit evidence of these features of natural tooth development.” The authors said they believe continued research in the area is important as bioengineered tooth buds are “promising” and “clinically relevant” as a tooth replacement option.

William V. Giannobile, the editor in chief of the Journal of Dental Health, said the research into bioengineered teeth shows a promising future for the field.

"This cutting-edge research has the potential to advance tooth replacement therapy and the science base to bring such regenerative medicine treatments to improve clinical care,” Giannobile said, as cited by Nanowerk.

While bioengineered teeth may seem odd, the development of artificial body parts through stem cells, such as the above studies, has been around for years. New capabilities in 3D printing point to a fascinating future for the field. Earlier this year BioSpace took a look at some of the companies behind the surge of 3D bioprinting, including France-based Pessac and Belgium-based Prometheus. Those two companies teamed up this year to create tissue for skeletal regeneration through 3D bioprinting. San Diego-based Organovo has developed liver and kidney tissue through the process as well.