Innovative Treatments on the Horizon for Anxiety Disorder 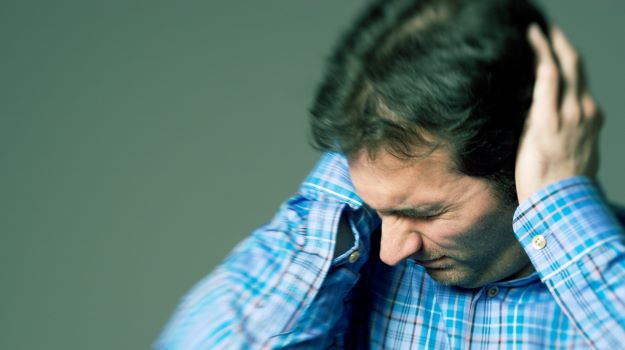 Feelings of apprehension or dread, anticipating the worst, racing heart, upset stomach and tremors are just a handful of symptoms that people diagnosed with an anxiety disorder may experience. According to the National Institute of Mental Health, an estimated 40 million Americans meet the criteria for an anxiety disorder, and an estimated 31% of all U.S. adults will experience this condition at some point in their lives.

Fortunately, there are several companies and researchers investigating novel ways to treat this debilitating disease. BioSpace spoke with MindMed, Scripps Research, Cingulate Therapeutics and the University of Pennsylvania to learn more about new treatments on the horizon.

Causing both psychological and somatic symptoms, anxiety disorders can be extremely distressing and disruptive to those that are diagnosed. People living with this condition may perceive their lives as less satisfying than those without an anxiety disorder and could experience new or worsening health conditions including chronic pain, digestive or bowel problems and trouble sleeping.

Typically, anxiety disorders are treated with a combination of psychotherapy, medication and lifestyle changes. Pharmaceutical therapies such as selective serotonin reuptake inhibitors (SSRIs) or benzodiazepines may be prescribed to keep symptoms at bay, but the therapies are not one size fits all, with some patients reporting no relief from symptoms or experiencing long-term adverse effects. 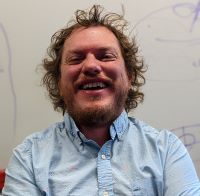 "If you look at the effectiveness of the treatments that we have, only about half of [the] people find adequate treatment for their anxiety disorders. I think it’s something that we need to do a better job at,” Nick Balderston, Ph.D., research assistant professor of psychiatry at the University of Pennsylvania’s Perelman School of Medicine said. “If we can find other ways to make people feel better and minimize the side effects, I think that’s going to be an approach that people will want to take part in.”

In 2008, the U.S. Food and Drug Administration approved repetitive transcranial magnetic stimulation (rTMS) for the treatment of depression. TMS is a non-invasive form of brain stimulation that uses an electromagnetic coil to deliver a magnetic pulse to the brain to stimulate cells in a certain region.

Although rTMS is useful in treating depression, it hasn’t been extensively investigated for the treatment of anxiety disorders. Balderston and his group are particularly interested in understanding how to identify the best stimulation site for the treatment of anxiety and determining whether low-frequency rTMS can be used to reduce anxiety symptoms.

In previous studies, the group’s research showed that a section called the intraparietal sulcus (IPS) of the parietal cortex becomes hyperexcited when individuals are experiencing or perceiving a threat. Recently, the team published results that showed that low-frequency rTMS delivered to the IPS resulted in a measurable reduction in the startle response caused by fear and anxiety.

“The really cool thing about targeting the parietal cortex is that you’re stimulating the back of the brain, so what that means for the participant is that it feels much less intense. Individuals who might not tolerate frontal stimulation might be good candidates for parietal stimulation,” Balderston explained.

The team’s findings suggest that using rTMS to reduce excitability in the IPS can be useful to reduce the physiological arousal that occurs when someone is experiencing anxiety.

“I think hyperexcitability in the parietal cortex is something that might be involved in other anxiety disorders, although that’s something we need to study in more detail,” Balderston said. “We’re working on developing things for PTSD (post-traumatic stress disorder) and generalized anxiety disorder, which are populations where we can begin to evaluate the efficacy of parietal stimulation. I think a good, interesting next step would be to expand into a cross-diagnostic sample to see if rTMS is effective at reducing anxiety expression and hypervigilance across disorders.”

Lysergic acid diethylamide (LSD) is a psychedelic drug that causes hallucinations and intensified emotions. While many associate it with recreational use, as early as the 1940s, psychiatrists were extremely interested in its potential to treat anxiety disorders.

Although federal law stymied decades of research on LSD’s potential as a therapeutic, MindMed is finally putting it to the test in clinical research trials to evaluate its effectiveness in treating patients with anxiety disorders. In May, the company announced positive results from a Phase II trial demonstrating the efficacy of its candidate MM-120.

The trial enrolled 46 patients who were given either oral MM-120 or a placebo. After a 52-week study period, researchers found that the LSD treatment resulted in “significant” and “strong” reductions in psychiatric symptoms after sixteen weeks and was well-tolerated by those dosed. 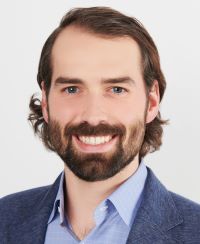 MinMed CEO Robert Barrow shared that one of the more interesting findings was “the fact that the acute perceptual effects that are observed with a psychedelic drug like LSD are highly correlated with reductions in anxiety symptoms. The acute perceptual effects are mediated by the serotonin 2A receptor, and the activation of that receptor in particular leads to these profound perceptual effects that are associated with increases in global brain connectivity, neuroplasticity and functional activation in the brain. We have data that suggests these brain changes are highly correlated with clinical response.”

MindMed is moving forward with a Phase IIb trial of MM-120, which will evaluate different dose levels of the drug and how those doses translate to clinical response. The company is interested in both the acute and chronic clinical effects of taking LSD.

“This is an area where there just aren’t enough good therapies and patients are underserved,” Barrow said.

A tree found only in the remote parts of Papua New Guinea and northern Australia, Galbulimima belgraveana is known for its bark, which produces chemicals that have been used for centuries by Indigenous people for healing. Although its compounds could be very useful in modern medicine, researchers have struggled to produce the compounds in the lab for decades.

That is until a research group at Scripps Research, headed by Ryan Shenvi, Ph.D., discovered a way to synthesize from the bark an alkaloid known as GB18. This alkaloid had previously been researched by the Commonwealth Scientific and Industrial Organization of Australia, which demonstrated its ability to affect a mouse’s behavior, although no further studies were conducted.

Shenvi and his colleagues were intrigued by GB18 and wanted to investigate the decades-old finding. The glaring issue was that the team didn’t have access to the trees. However, co-author Stone Woo came up with a solution to the problem in nine months, leveraging an existing class of ligands to solve a complex chemistry problem of attached rings. The technique allowed him to successfully synthesize 1,000-fold more GB18 for the team.

With an ample supply of GB18, the researchers were able to perform screening experiments conducted through the National Institute of Mental Health Psychoactive Drug Screening Program, where they found that GB18 bound to two different opioid receptors in the brain, seeming to shut them off. This could potentially make the molecule useful as an anti-anxiety drug because kappa opioid receptors and their peptides can be overactive in anxiety. 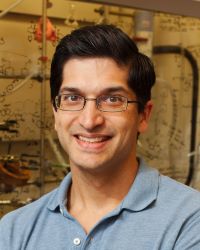 “Kappa opioid receptors mediate a lot of stress response in the brain and are responsible for some of the etiology of anxiety, depression and drug addiction. What you’d really like to do is turn these receptors off, or at least turn them down, so GB18 could potentially emerge as a way to medicate anxiety or depression,” Shenvi told BioSpace.

More work will need to be done to understand GB18’s effects on the human brain, but Shenvi and Woo have filed a provisional patent for the alkaloid, intending to further study its uses in modern medicine.

Improving on Past Innovation

The FDA approved buspirone for the treatment of generalized anxiety disorder in 1986. Although the drug is considered effective at minimizing symptoms of anxiety, patients are required to take it two to three times a day because its effects are short-lived, leaving patients anxious in between doses.

Cingulate Therapeutics is aiming to use its Precision Timed Release (PTR) platform to make buspirone a better option for patients with anxiety disorders. The company has developed CTx-2103, a form of buspirone engineered with this platform that will require people to take only one evenly-distributed dose of the medication per day. The technology works by incorporating a proprietary Erosion Barrier Layer to the therapeutic, which provides control of drug release at precise, pre-defined times.

Currently, Cingulate is working on a formulation study of CTx-2103. 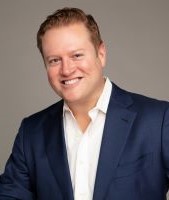 “The study will give us data that will help us understand what the pharmacokinetics and the blood levels look like for the first dose, the second dose and the third dose. We’ve designed our formulation to deliver the drug at zero, four and eight hours,” Shane J. Schaffer, PharmD, CEO of Cingulate explained. “After we receive the results of the study, we will reformulate the drug for a final tweaking of the dosage and file an IND to get it into the Phase II and III clinical trials that we will have to do after discussions with the FDA.”

Cingulate intends to use CTx-2103 for the treatment of generalized anxiety disorder, but the company is hopeful that it could also potentially treat obsessive-compulsive disorder and panic disorder.

“This medicine has been on the market for a long time and it’s non-habit forming, so a lot of doctors prefer to use it as a first-line treatment,” Matthew Brams, M.D., chief medical officer at Cingulate said. “It's for patients that really want a non-addictive anxiety medicine that they may have to take for many, many years. Our formulation is meant to provide smoother coverage without gaps for better compliance while possibly lowering the number of side effects.”