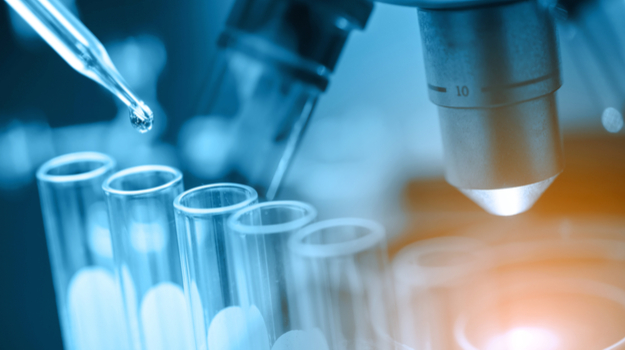 Researchers with Tufts University transplanted engineered pancreatic beta cells into diabetic mice. The cells were engineered to be activated by light. When they were, they produced more than two to three times the typical level of insulin. Low insulin production is found in people with diabetes, particularly type 1 diabetes. Most treatments use a drug or insulin that improves the production of insulin by pancreatic beta cells.

“It’s a backwards analogy, but we are actually using light to turn on and off a biological switch,” said Emmanuel Tzanakakis, professor of chemical and biological engineering at the School of Engineering at Tufts and corresponding author of the study. “In this way, we can help in a diabetic context to better control and maintain appropriate levels of glucose without pharmacological intervention. The cells do the work of insulin production naturally and the regulatory circuits within them work the same; we just boost the amount of cAMP transiently in beta cells to get them to make more insulin only when it’s needed.”

The engineered pancreatic beta cells were transplanted under the skin of diabetic mice. This led to improved tolerance and regulation of glucose, decreased high blood sugar, and higher levels of plasma insulin when exposed to blue light. The blue light basically switched the cells from normal to boost mode.

Cornell University researchers developed techniques that use fluorescent probes to visualize and measure the rate at which molecular linkers release drugs in living cells. The probes are made of two fluorescent dyes that make each other invisible when together with the antibody as part of the drug delivery system. When the linker breaks, the dyes become visible under a microscope, meaning the drug has been released inside the cell.

Evidence of Filovirus Transmission from Bats to Humans

Some of the most frightening viruses are the results of viruses hopping from animals to humans—for example, Ebola from monkeys. Virus surveillance efforts are finding that in Nagaland, India, filoviruses, which are the family that includes Ebola and Marburg viruses, are making the transition from bats to human beings. A clan of the Longpfurii Yimchungii sub-tribe called the Bomrr, practice bat hunting and have done so for at least seven generations. They smoke out entire bat caves and during this, the hunters are often scratched and bitten by bats, exposing to them bat viruses. To date, there does not appear to be actual viral shifts, although many of the tribe show antibodies to the bat viruses.

Researchers with the National Institute on Aging (NIA), part of the National Institutes of Health (NIH), have published research of a gene variant, APO3 Christchurch (APOE3ch), that appears to confer resistance to Alzheimer’s disease. The woman in the study had two copies of the APOE3ch variant. She was a member of an extended family in Colombia with more than 6,000 living members. The family members who carry a rare gene mutation, Presenilin 1 (PSEN1) E280A, have a 99.9% risk of developing early-onset Alzheimer’s disease.

Family members affected by the PSEN1 E280A mutations developed Alzheimer’s in their 40s. The woman with two copies of APOE3ch didn’t develop Alzheimer’s until her 70s.

A Single Gene Mutation is Responsible for 90% of Colon Cancer

A single mutation in the APC gene is responsible for 90% of all cases of colon cancer. A research group in Bavaria, Germany, were able to develop compounds that inhibited the elF2B5 gene, with the results showing the mutated colon cancer cells died of programmed cell death.

“We have thus identified a very specific Achilles heel of APC-mutated tumors,” said Martin Eilers, cancer researcher at the Julius-Maximiliansa-Universität Würzburg Biocentre. “We now know of a site where nearly developed antitumor drugs might be able to have a very targeted effect.”

Crohn’s disease is an inflammation within the digestive tract that can lead to severe diarrhea, pain and weight loss. The cause is still largely unknown, but the bacteria in the gut, the microbiome, are key players. Researchers at Michigan Medicine published research describing how “bad bacteria” take root over “good bacteria” in inflammatory bowel disease (IBD) and how a change in diet might change it. In particular, bad strains of E. coli are usually held in check by good E. coli and other beneficial bacteria via carbohydrate metabolism. The research may lead to personalized therapeutics diets for IBD patients.

CBD and THC During Early Pregnancy Can Disrupt Fetal Development

With the recent craze for cannabinoids (CBs) and legal use of marijuana, whose active ingredient is THC, it’s worth noting that all research into side effects is still ongoing. Recent research showed that a one-time exposure to CBs, synthetic or natural, can cause growth problems in a developing embryo. The research was conducted in mice. The research also found that when CBs and alcohol were used together, the likelihood of birth defects similar to those seen in fetal alcohol syndrome (FAS) were doubled.