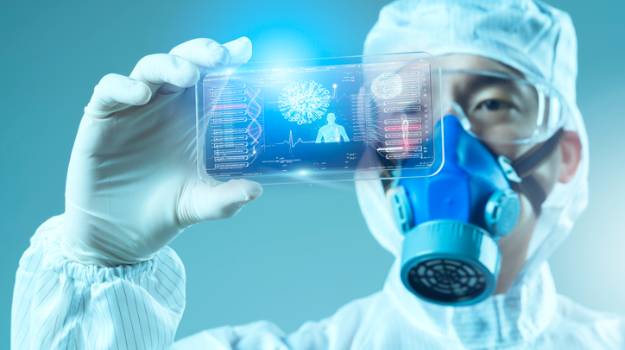 One of the big stories this week that even momentarily eclipsed COVID-19, was the landmark transplant of a genetically modified pig heart into a human male with terminal heart disease. For that and more research stories, read on.

The University of Maryland School of Medicine (UMSOM) and the University of Maryland Medical Center (UMMC) successfully performed first-of-its-kind transplant surgery of a genetically modified pig heart into a 57-year-old male. The man had terminal heart disease. It is viewed as the first time a genetically modified animal heart can function like a human heart without problems with tissue rejection. The patient, David Bennet, was not eligible for a conventional heart transplant. The U.S. Food and Drug Administration (FDA) granted emergency authorization for the surgery on New Year’s Eve via a compassionate use provision.

Three genes were knocked out in the donor pig, all responsible for rapid antibody-mediated rejection of pig organs by humans. Then, they inserted six human genes that are responsible for immune acceptance of the pig heart. Then, an additional pig gene was knocked out to prevent excessive growth of the pig heart tissue. The genetically modified pig was supplied by regenerative medicine company Revivicor. To date, the patient, David Bennett, is recovering fine with no evidence of organ rejection. The surgery was performed by Dr. Bartley P. Griffith, the Thomas E. and Alice Marie Hales Distinguished Professor in Transplant Surgery at UMSOM. Dr. Muhammad M. Mohiuddin, Professor of Surgery at UMSOM, established the Cardiac Xenotransplantation Program with Dr. Griffith and serves as the program’s Scientific/Program Director.

“This was a breakthrough surgery and brings us one step closer to solving the organ shortage crisis,” said Dr. Griffith. “There are simply not enough donor human hearts available to meet the long list of potential recipients. We are proceeding cautiously, but we are also optimistic that this first-in-the-world surgery will provide an important new option or patients in the future.”

Crohn’s disease is a type of inflammatory bowel disease marked by chronic inflammation of the digestive tract. Researchers from Case Western Reserve School of Medicine linked a common intestinal fungus, Candida tropicalis (C. tropicalis) with chronic inflammation in the gut microbiome. By introducing the fungus into animal models and causing colitis (inflammation) using a chemical compound, they found that models with C. tropicalis infections had more severe inflammation and a significant imbalance of the gut microbiome. They believe this imbalance of fungi and bacteria in the gut can create a predisposition to inflammatory bowel disease.

Investigators at the University of Illinois Chicago developed a new approach to analyzing pyroptosis, how cells die usually caused by infections and cause excess inflammation. This process has long been thought to be irreversible once it started, but their research suggests it can be stopped and controlled. Pyroptosis is a chain of biochemical reactions that uses a protein called gasdermin, to open pores in the cell membrane, which destabilizes the cell. The UIC team designed an “optogenetic” gasdermin by genetically modifying the protein to respond to light. The technique allowed them to avoid unpredictable pathogen behavior. They were able to use fluorescent imaging to precisely activate gasdermin and to observe the pores under various conditions. Part of their findings was that pyroptosis dynamically self-regulates.

Germany’s BioNTech and the UK’s InstaDeep developed a new computational approach to analyze global sequencing data to predict high-risk variants of SARS-CoV-2, the virus that causes COVID-19. The Early Warning System (EWS) leverages artificial intelligence (AI) to calculate immune escape and fitness metrics, structural modeling of the virus’s spike protein and algorithms to flag potential high-risk variants. In a test of the system, it identified more than 90% of the World Health Organization (WHO)-designated variants an average of two months in advance. Alpha, Beta, Gamma, Theta, Eta and Omicron were identified by the EWS the same week their sequences were first uploaded.

A research team at Cold Spring Harbor Laboratory identified an obscure protein called SCP4 that acute myeloid leukemia (AML) cells depend upon to survive. It may point the way to potential new therapeutic approaches. The protein is a phosphatase that regulates cell activity by clipping phosphates off other proteins; proteins called kinases put the phosphates back on. “Phosphorylation level” is the number of phosphates added to or taken away from a protein. The researchers found that SCP4 could partner with either one of two similar kinases, STK35 and PDIK1L. AML cells apparently require phosphatase and kinases to work together to survive. It seems that turning off the gene that produces SCP4 kills the cancer cells. They believe that SCP4 may control a vital metabolic pathway that CML cells require.

Researchers at the University of Wisconsin-Madison and the University of Edinburgh in Scotland stimulated the expression of a single gene, Nrf2, in mouse models of Alzheimer’s, resulting in slower cognitive and physical decline. It also reduced the accumulation of abnormal proteins associated with the disease, beta-amyloid and tau. Specifically, they increased the levels of Nrf2 that supports astrocytes, which are helper immune cells in the central nervous system. Mice that overexpressed Nrf2 performed better on memory and physical tests and reversed the genetic signatures of Alzheimer’s. Nrf2 controls expression of several genes that protect against things like oxidative stress and inflammation. It is often activated in late-stage Alzheimer’s but is believed to be too late to protect the brain against disease.

“The extent of the reduction in beta-amyloid and tau and the nearly complete reversal of the genetic changes is very significant,” said Jeffrey Johnson, who led the research. He is a professor of pharmacy at the University of Wisconsin-Madison. “Over 2,300 genes change in one part of the brain in the Alzheimer’s model. And almost all 2,300 go back to normal. I was stunned. I never thought we’d get that outcome.”