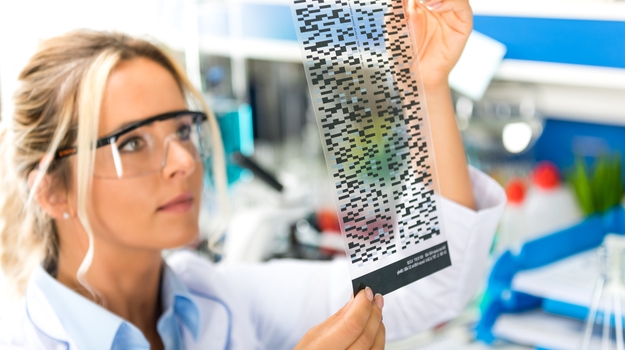 Investigators at the HudsonAlpha Institute for Biotechnology in Huntsville, Alabama, recently published a study in the journal Molecular Case Studies evaluating early onset dementia patients. In it, patients from the University of Alabama at Birmingham (UAB) Memory Disorders Clinic had their genes sequenced. In addition to known risk factors, the scientists identified cases where multiple moderate risk factors seemed to combine to increase risk of dementia.

“If we can create a more complete picture of the constellation of risk factors for dementia and observe the ways they interact, it could lead to more effective early tests to identify individuals who may be at high risk for dementia, which is critical because the most effective treatments for these diseases will be those that are administered early, perhaps even preventatively,” said Nick Cochran, who led the project at HudsonAlpha.

In the study population, 50% of the patients had a strong family history of dementia, including Alzheimer’s disease, frontotemporal dementia, and unspecified dementia. About 12.5% had no known family history and 37.5% had some family history. Nine of 32 patients were identified with known variants in APP, C9orf72, CSF1R and MAPT, with others having risk alleles in ABCA7, AKAP9, GBA, PLD3, SOR1 and TREM2. APO3e4 was also observed in several of the patients. However, they also observed variants in some patients in ABI3, ADAM10, ARSA, GRID2IP, MME, NOTCH3, PLCD1, PSEN1, TM2D3, TNK1, TTC3 and VPS13C that appear to be possible contributory genes.

Mitochondria: “Canary in the Coal Mine”

Mitochondria are the energy engines of the cells. But researchers at the Salk Institute have found that they also set off “molecular alarms” when cells are stressed or exposed to chemical that can damage DNA. This acts as an early alarm system, telling the cells they need to protect themselves against the threats. The researchers believe it could lead to new cancer treatments that keep tumors from becoming resistant to chemotherapy.

Researchers from the University of Adelaide developed a vaccine that prevents Zika infection in preclinical disease models. Zika is a flavivirus transmitted by mosquitoes. It can cause a birth defect called microcephaly and other birth defects in infants born to infected mothers. The vaccine was effective in mice. The next phase is to advance it to being ready for Phase I human clinical trials.

Gene therapy is a way of delivering healthy genes or genetic material to cells in order to treat genetic disorders. Researchers have worked on ways to modify the viral shell, or capsid, to work better, but it’s very difficult. One comparison was to a Rubik’s Cube—you make one change, it affects everything. Researchers have developed a technique to modify the capsid, allowing the researchers to engineer the virus shell to deliver the gene package to the exact cell type in the body they intend to treat. The process leverages computer simulations and modeling with gene and sequencing technology.

So-called “molecular drills,” have been used to target and destroy antibiotic-resistant bacteria. Sometimes the drilled make the antibiotics effective again. The idea of the molecular drills was published in 2017. They are paddle-like molecules that can spin at 3 million rotations per second when stimulated with light. In tests, they used the drills to kill Klebsiella pneumoniae within minutes. They also made the bacteria susceptible to meropenem, an antibiotic that the bacteria had developed resistance to.

Asthma Severity Tied to Microbiome of the Upper Airway

The microbiome is the trillions of microorganisms that live on and in your body. A study out of Washington University School of Medicine in St. Louis found a connection between the bacteria that inhabit the upper airway and the severity of childhood asthma. They found that children who had early warnings signs that their asthma was flaring up were more likely to have bacteria associated with the disease in their upper airways. Those bacteria included Staphylococcus, Streptococcus and Moraxella. In comparison, Corynebacterium and Dolosigranulum were linked to period of good health and well-controlled asthma.

Researchers developed a CRISPR-based gene-drive system that increases the efficiency of inactivating a gene related to bacterial antibiotic resistance. The system is dubbed Pro-AG, for pro-active genetic system. The Pro-AG system is a modification of the standard CRISPR-Cas9 gene editing tech. Working with E. coli bacteria, the investigators used the system to disrupt the function of a bacterial gene that confers antibiotic resistance. This in particular was applied to circular types of DNA called plasmids that can replicate independently of the bacterial genome and often carry antibiotic resistance between bacteria.