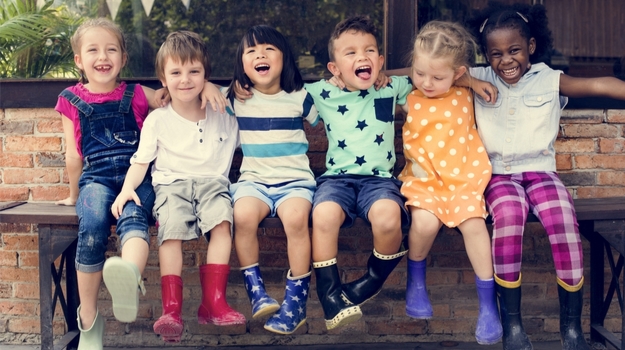 A protein called ACE2 is intimately involved in how SARS-CoV-2, the virus that causes COVID-19, infects the body. The protein is found on nasal membrane cells, which is typically where the virus enters the body. The ACE2 protein is found throughout the body in various concentrations, but it is in the lungs, heart and kidneys, as well as lining of the blood vessels. There is now research suggesting that one reason children may be less likely to be infected is because of their relatively fewer ACE2 proteins.

The most recent research was published in the medical journal JAMA (the Journal of the American Medical Association). It notes, “Children account for less than 2% of identified cases of coronavirus disease 2019 (COVID-19). It is hypothesized that the lower risk among children is due to differential expression of angiotensin-converting enzyme 2 (ACE2), the receptor that severe acute respiratory syndrome coronavirus 2 (SARS-CoV-2) uses for host entry.”

Their research studied the ACE2 gene expression in the nasal epithelium of children and adults. In 305 people aged 4 to 60 years, with about an even mix of males and females, they found ACE2 gene expression was lowest in younger children and increased with age. In the youngest group it was 2.40 counts per million, in older children it was 2.77 counts/million, for young adults it was 3.02 counts/million and in adults, 3.09 counts/million. They also noted that the cohort was originally recruited to study biomarkers for asthma, so as a result, 49.8% of the study group had been diagnosed with asthma.

A Forbes article, written by William A. Haseltine, a former professor at Harvard Medical School, where he founded two academic research departments, the Division of Biochemical Pharmacology and the Division of Human Retrovirology, noted that, “The differences are relatively small and the error bars large. The average relative amount of RNA ranges from 2.4 for those less than 10 to 3.09 for those 25 and older. However, when the probable range is included, the results from the three older groups overlaps, as do the results from the three younger groups.”

High Vitamin D Supplements Have No Benefit in COVID-19

Researchers at the University of Surrey published a consensus paper warning against high doses of vitamin D to prevent or treat COVID-19. They indicated there was insufficient evidence to show it was beneficial and patients should stick to public health guidelines on supplementation. Too little vitamin D can lead to rickets or osteoporosis, but too much can cause harmful levels of calcium in the blood.

Investigators at Penn State and Stanford University have developed a urine-testing system that can provide results on kidney stones within 30 minutes instead of the current turnaround of a week or more. Their technique uses a biomimetic detection system called slippery liquid-infused porous surface (SLIPS)-LAB. It is inspired by nepenthes pitcher plants, carnivorous plants whose unique leaves are filled with digestive liquid. The plants have extremely slippery liquid-infused micro-textured rims that cause insects to fall into the “pitcher.” SLIPS-LAB enables reagent and urine droplets to easily move over the slippery surface of the testing device’s fluid-addition channel.

Protein Cleans Up Muscles After Exercise

Researchers at the University of Copenhagen showed that exercise prompts a clean-up of muscles as the protein ubiquitin tags worn-out proteins, results in their degradation. This prevents damaged proteins from accumulating and as a result, helps keep muscles healthy. In their research with colleagues at the University of Sydney, Australia, people who took a single, intense 10-minute bicycle ride showed a significant increase in Ubiquitin, the so-called “death marker protein” and a resultant intensification of the targeting and removal of worn-out proteins in muscles. This makes way for an eventual build-up of new proteins.

A new study out of the University College London found that the earliest brain changes caused by Huntington’s disease can be detected 24 years before clinical symptoms show. Huntington’s is a hereditary neurodegenerative disease with no cure. The researchers, with colleagues at the University of Cambridge and University of Iowa, studied a large cohort of Huntington’s mutation carriers at a younger age than previously examined. It evaluated 64 people with the mutation and 67 without. They found the people with the mutations were, on average, 24 years ahead of the predicted disease onset based on their age and a genetic test. They showed no symptoms, but they did find a subtle increase in the spinal fluid of a neuronal protein called neurofilament light (NfL), which is typically seen as a product of nerve cell damage.

Scientists with Rockefeller University published research in Nature Medicine showing how differences in a single gene can alter progression of melanoma, a skin cancer. They believe it may have an effect on other types of cancer, too. Earlier research showed that the APOE gene can impact the spread of melanoma. It produced a protein that interferes with several processes used by cancer cells to metastasize, like forming blood vessels. But people have one of three different versions of ApoE: ApoE2, ApoE3 and ApoE4. They believe that ApoE4 is most effective in enhancing the immune response to tumor cells.

Other research in ApoE is related to Alzheimer’s disease, with ApoE4 appears to increase the risk of the disease, in contrast to the cancer suppression potential.

“It is not quite clear what ApoE does in Alzheimer’s, but we believe our work in cancer can inform our understanding of this disease as well,” said Sohail Tavazoie, Leon Hess Professor and senior attending physician.

The research may lead to potential therapies to slow or block metastases. For example, one drug, RGX-104, being developed by Rgenix, of which Tavazolie is scientific cofounder, was effective in helping mice with ApoE4 battle tumors. It is currently in clinical trials.