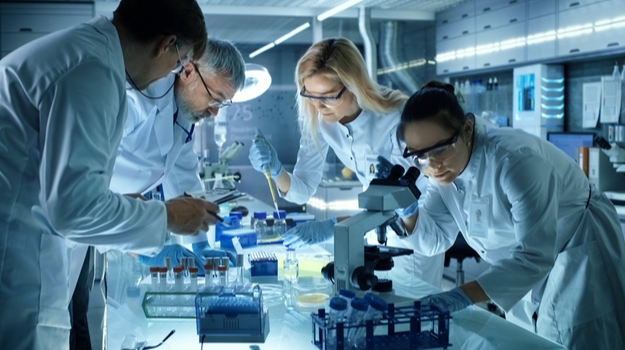 Two separate studies were presented at the Alzheimer’s Association International Conference (AAIC) 2020: a single flu vaccination was linked with a 17% decrease in incidence of Alzheimer’s and additional flu vaccines added another 13% reduction in Alzheimer’s incidence; and pneumonia vaccine between the ages of 65 and 75 decreased Alzheimer’s risk up to 40% depending on individual genes.

For the first, researchers at McGovern Medical School at The University of Texas Health Science Center in Houston studied the health records of 9,066 people. They sorted for age and comorbidities, looking for indications that vaccinations might offer a protective factor against cognitive decline (or the reverse). What they found was an apparent protective link between the flu vaccine and the risk of Alzheimer’s, particularly in people who received their first vaccine at a younger age.

“It may turn out to be as simple as if you’re taking care of your health in this way—getting vaccinated—you’re also taking care of yourself in other ways, and these things add up to lower risk of Alzheimer’s and other dementias,” said Maria C. Carrillo, Alzheimer’s Association chief science officer. “This research, while early, calls for further studies in large, diverse clinical trials to inform whether vaccinations as a public health strategy decrease our risk for developing dementia as we age.”

Researchers with the Biodemography of Aging Research Unit (BARU) at Duke University Social Science Research Institute studied associations between pneumococcal vaccination and Alzheimer’s in 5,146 patients age 65+ from the Cardiovascular Health Study. They also looked at a known genetic risk factor of Alzheimer’s, the rs2075650 G allele in the TOMM40 gene. They found that people who received the pneumococcal vaccination between the ages of 65 and 75 had a 25 to 30% decreased risk of developing Alzheimer’s after they adjusted for sex, race, birth cohort, education, smoking, and the number of G alleles. The biggest reduction, up to 40%, was in people vaccinated against pneumonia who were non-carriers of the risk gene. Total number of vaccinations against pneumonia and the flu in that age group was also associated with a lower risk of Alzheimer’s, but the effect wasn’t seen with the flu shot alone.

“Vaccinations against pneumonia before age 75 may reduce Alzheimer’s risk later in life, depending on individual genotype,” said Svetlana Ukraintseva, Associate Research Professor at Duke and head of the research. “These data suggest that pneumococcal vaccine may be a promising candidate for personalized Alzheimer’s prevention, particularly in non-carriers of certain risk genes.”

A research team out of the University of California – Riverside identified a mechanism that is triggered at neuron birth to decrease apoptosis—cell death. But when this genetic regulation is halted, continuous neuron survival is disrupted and causes the death of the animal. It has generally been believed that neuron cells are created at birth, have no backup and that their survival is determined almost entirely by outside forces. But this research suggested that a small genetic sequence in the pro-apoptotic gene Bak1 can lead to cell death. Bak1’s expression is turned off when this genetic sequence, a microexon, is spliced in the final Bak1 gene product. They will continue their research to determine if this mechanism is activated in neurodegenerative diseases and injury that causes neuronal cell death.

Half of human genes are received from the mother, the other half from the father. For the most part, it didn’t matter which genes come from which parent. About 150 genes are subject to genomic imprinting, which means that they are active if inherited from one of the parents instead of the other. Now researchers at the Institute of Science and Technology Austria have discovered that brain cells react differently to genomic imprinting depending on the type of cell. Specifically, they found that imprinted genes in the cortex are more strongly expressed in some cell types than in others. They discovered that cells respond to change in the dose of imprinted genes by activating specific gene groups, particularly ones important for cell death, growth, and the development of synapses. The response was strong in astrocytes, a type of glial cells that support neurons.

An international coalition of researchers collated all known bacterial genomes from the human gut microbiome. The project was led by EMBL’s European Bioinformatics Institute (EMBL-EBI) and collaborators from the Wellcome Sanger Institute, the University of Trento, the Gladstone Institutes, and the US Department of Energy Joint Genome Institute. The database now stores 200,000 genomes and 170 million protein sequences from more than 4,600 bacterial species in the human gut. The databases are known as the Unified Human Gastrointestinal Genome collection and the Unified Gastrointestinal Protein catalogue. The project found more than 70% of the detected bacterial species had never been cultured in the laboratory and their activity in the body is unknown. The biggest group that falls into that category is the Comantemales, which is an order of gut bacteria first described in 2019.

Scientists at Lund University in Sweden developed a new way to treat human herpes viruses. Instead of targeting viral proteins, it targets physical properties in the viral genome. It is made up of new molecules that penetrate the virus’s protein shell and prevent genes from leaving the virus to infect the cell. They do not believe it will lead to treatment resistance and that it acts independently of viral genomic mutations. Previous studies found that herpes viruses have high internal pressure due to the amount of tightly packed genetic material they contain.

“The pressure is about 20 atmospheres, four times higher than in a champagne bottle and this allows herpes viruses to infect a cell by ejecting its genes at high speed into the cell nucleus after the virus has entered the cell,” said Alex Evilevitch, associate professor and senior lecture at Lund. “The cells are then tricked into becoming a small virus factory that produces new viruses that can infect and kill other cells in the tissue, leading to different disease states.”

Evilevitch and his team identified small molecules that penetrate the virus and turn off the pressure without damaging the cells. They have a strong antiviral effect several times higher than standard treatment against certain herpes types with the drug Aciclovir. They found it to be effective in all types of viruses within the herpes family. The research was published in the journal PLOS Pathogens.