Research Roundup: Antihistamines Might Slow Down Huntington’s and More 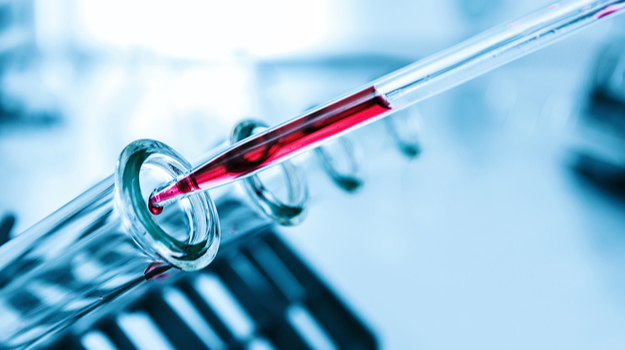 Antihistamines and Similar Compounds Might Slow Down Huntington’s Disease

Researchers believe that targeting the histamine H3 receptor might help prevent dopamine signaling imbalances that lead to brain-cell death and deficits in movement and memory. The H3 receptor is a well-established drug target for conditions like hay fever. The research was published in the journal eLife.

“It was already well known that dopamine signaling goes away in Huntington’s disease, but we and other research teams have shown more recently that dopamine receptors and histamine receptors are found together and control signaling in the brain,” said lead author David Moreno-Delegado, who at the time of the research was at the University of Barcelona, and is now Biology Team Leader at NovAliX, Belgium. “Because dopamine receptors are found in many normal cells throughout the central nervous system, we proposed that targeting dopamine signaling through the histamine receptor might be a more effective strategy to slow the progression of Huntington’s disease.”

They worked on mice to determine if the protein partners could be possible targets for treatment. In two- and four-months-old mice, some healthy and some with asymptomatic Huntington’s disease, all had the dopamine D1 receptor-H3R complex. But in older mice that were six-and eight-months-old, the symptomatic Huntington’s mice had lost the D1R-H3R complexes. The individual receptors were still there, but at the worst stage of the disease, the proteins no longer partnered together.

They tested the effects of an antihistamine called thioperamide on movement, learning and memory in Huntington’s disease mice models. They found the mice receiving the drug were only as likely to fall as healthy mice of the same age, while those receiving a control (saline) couldn’t maintain their balance.

“The imbalance of dopamine signaling in disease progression represents a potential ‘point of no return’ for Huntington’s disease patients as it can eventually lead to nerve-cell dysfunction and death,” said Peter McCormick, senior author and Senior Lecturer at Queen Mary University of London, UK. “In this study, we show that D1R/H3R complexes are found within the brain at early- but not late-disease stages and that targeting these complexes could potentially slow the progression of early-stage disease.”

A study funded by the National Institutes of Health and led by researchers at the University of Chicago discovered that abnormal bundles of brittle blood vessels in the brain or spinal cord, known as cavernous angiomas (CA), are associated with the composition of an individual’s gut bacteria. The CAs, also called cerebral cavernous malformation, contain slow-moving or stagnant blood and can lead to strokes, seizures or headaches. Using advanced genomic analysis, they compared stool samples from 122 people with at least one CA seen on brain scans with age and sex-matched normal controls. They found that the CA patients on average had more gram-negative bacteria, and the gut bacteria from the CA patients seemed to generate more lipopolysaccharide molecules that seem to drive CA formation.

Analysis of SARS-CoV-2 genomes from a small number of California-based COVID-19 patients suggests the virus arrived in northern California via a complex series of introductions, not only from state to state but from international travel. The researchers applied MSSPE, a type of viral genome data analyzed directly from clinical samples, to understand early viral transmission in the state through mid-March 2020. They looked at positive viral samples from 36 California-based patients in 9 counties and who had traveled on the Grand Princess cruise ship during the outbreak period. They found that the genomes were dispersed across the virus’s evolutionary tree, including lineages circulating in Europe and New York and to early lineages from China. The Grand Princess patients likely originated from Washington State. No one virus lineage appeared predominant in northern California.

In mice at least, researchers at Virginia Tech identified a small mitochondrial uncoupler, BAM15, that decreased their body fat mass without affecting how much they ate or muscle mass or increased body temperature. Also, BAM15 seems to decrease insulin resistance and improve oxidative stress and inflammation. This potentially could lead to treatments for obesity, diabetes, and nonalcoholic steatohepatitis (NASH), a type of fatty liver disease. The drug appeared safe in mice, even in high doses, and doesn’t seem to affect the brain’s satiety center.

Carbon quantum dots (QCDs) are a class of nanoparticles. Researchers at the University of Texas at El Paso have found the first indication that this technology could be used to fight neurological disorders. QCDs are bio-friendly materials synthesized from waste products like wood, fruit peel, algae and, they note, even salmon. The research group laid out key requirements for the use of QCDs, which are currently used for environmental-sensing applications, into neurodegenerative disorders. The research was published in the journal Processes as part of a special issue on protein biosynthesis and drug design and delivery.

“The carbonaceous quanta are finally making their way from physics into chemistry and now, biology,” said Prakash Narayan, vice president of preclinical research for Angion Biomedica Corp. in Uniondale, New York.” This work lays the foundation for harnessing the enormous potential of carbon quantum dots for therapeutic intervention in neuro disease.”

The study was co-authored by Sreeprasad T. Sreenivasan, assistant professor, and Mahesh Narayan, professor, in UTEP’s Department of Chemistry and bIochemistry. Narayan contributed to the work with Lindsey Jung, a student at Tenafly High School in New Jersey, who works under Narayan’s supervision.

Mahesh Narayan added, “This will allow pharmaceutical companies to tailor carbon quantum dots for specific uses. Individuals with Parkinson’s and Alzheimer’s could benefit greatly from this kind of therapy.”