Research Roundup: A New Spin on Jurassic Park and More 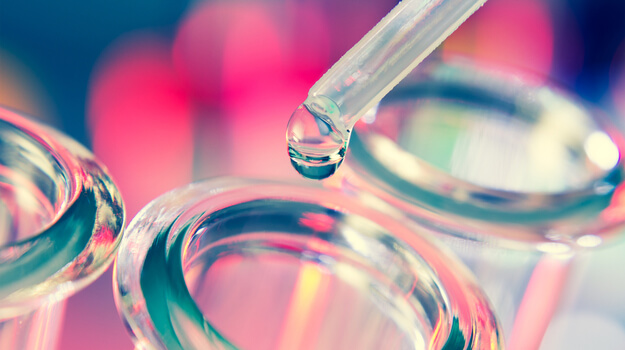 A New Spin on Jurassic Park?

In the Jurassic Park books and films, researchers collected the blood from insects trapped in amber and cloned dinosaurs. A researcher from the University of Minnesota is putting a more practical spin on amber research.

Amber is the fossilized resin from a now-extinct species of pine, Sciadopityaceae. It was formed about 44 million years ago. In the Baltic regions, amber has been used for hundreds of years for traditional medicines for both pain relief, and for its anti-inflammatory and anti-infective properties. Previous research has suggested there are molecules in amber that might have an antibiotic effect. The team extracted even more chemicals from amber samples that appeared to show activity against gram-positive, antibiotic resistant bacteria.

They identified 20 compounds using GC-MS in the amber, most prominent being abietic acid, dehydroabietic acid and palustric acid, compounds with known biological activity.  They also acquired a Japanese umbrella pine, the closest living species to the Sciadopityaceae, and extracted resins and identified sclarene, a molecule present in the amber extracts that could potentially undergo chemical transformations to produce the bioactive molecules found in the Baltic amber samples.

“The most important finding is that these compounds are active against gram-positive bacteria, such as certain Staphylococcus aureus strains, but not gram-negative bacteria,” said Connor McDermott, a graduate student in the laboratory of Elizabeth Ambrose, who led the research. “This implies the composition of the bacterial membrane is important for the activity of the compounds.”

Insights from an Analysis of 53,831 People’s Genes

Investigators with the University of Virginia Health System performed complete gene analysis of 53,831 people of diverse backgrounds, most from minority groups. The study identified 400 million genetic variants, of which more than 78% had never been described. Also, about 97% were extremely rare, showing up in less than 1% of people. The study found that people of African descent had the greatest genetic variability. The data was from the Trans-Omics for Precision Medicine (TOPMed) program.

Researchers at Brigham and Women's Hospital explored the connection between sleep disturbances in older adults and the risk of dementia and death. They found that in people who reported getting less than five hours of sleep compared to those who got seven to eight hours per night had twice the risk of dementia. Routinely taking 30 minutes or longer to fall asleep was associated with a 45% greater risk for incident dementia. They also found links between problems with sleep and sleep deficiency and overall risk of death. They used data from the National Health and Aging Trends Study (NHATS), a longitudinal study of Medicare beneficiaries 65 years and older, which had been collected since 2011. About 2,610 participants filled out sleep questionnaires in 2013 and 2014. They also collected data about patient outcomes such as dementia and death for any cause for up to five years after the survey.

One of the most commonly mutated genes associated with cancer is KRAS. Drugs that target and inhibit the mutated KRAS protein are showing promise in clinical trials, with some approvals expected this year in the U.S. However, cancer cells have also been shown to have other mutations that create resistance to KRAS-targeting therapies, which can result in relapse. Scientists at Massachusetts General Hospital identified the first resistance mechanisms that appears to crop up with these drugs and developed strategies to overcome them. One of the mutations is KRAS(G12C), which creates a mutated KRAS protein that lets cells grow and metastasize. Two drugs are in development to inhibit this mutation, Amgen’s sotorasib and Mirati Therapeutics’ adagrasib. The researchers found new mutations, KRAS(Y96D), for example, that further changes the structure of the KRAS(G12C) protein, so it no longer effectively is blocked by adagrasib, sotorasib or other inhibitors. But another inhibitor they worked with was able to continue blocking it even when the other drugs did not.

Leptin is a hormone produced by body fat that suppresses appetite. It was discovered in the 1990s, but it was only in a new study in mice that how this occurs was described. Researchers at the University Medical Center Utrecht and University Utrecht, the Netherlands, described novel neurocircuitry between midbrain structures that control feeding behaviors that are under control by leptin. They published their research in the journal Biological Psychiatry.

“This process is shaped by communication between bodily fat storages (via a hormone called leptin) and the brain’s dopamine reward system,” said Roger Adan, Department of Translational Neuroscience, University Medical Center Utrecht and University Utrecht, the Netherlands, who led the research. “This leptin-dopamine axis is critically important for body weight control, but its modes of action were not well understood.”

Leptin signals to brain regions that control eating behaviors, while also decreasing the food-reward system controlled by the brain’s dopamine reward system. The food-reward pathway has been identified to involve dopaminergic neurons of the ventral tegmental area (VTA) signaling to the nucleus accumbens (NAc), but what was puzzling to researchers was that dopamine neurons don’t contain leptin receptors. They found that leptin receptors are also present on inhibitory neurons that more strongly regulate dopamine neuronal activity. Some of the inhibitory neurons suppress food seeking when animals are hungry, while others did that only when the animals weren’t hungry.

“It turns out,” said John Krystal, editor of Biological Psychiatry, “that leptin plays key modulatory roles in an elegant circuit that unites midbrain and limbic reward circuitry. By inhibiting hypothalamic neurons and ultimately suppressing the activity of dopamine neurons in the midbrain that signals reward and promote feeding, leptin reduces food intake in animals under conditions when caloric intake has exceeded energy use.”