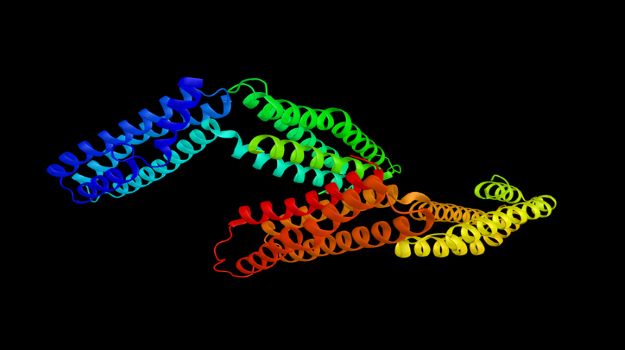 The report notes, “CDH17 provides a great opportunity for drug discovery and development as the competitive landscape still is very favorable for new entrants, but the first molecules have entered clinical development.”

Cadherin 17 is dubbed a non-classical cadherin and is a highly specific marker of gastrointestinal epithelium. In fact, most gastrointestinal adenocarcinomas are CDH17-positive. However, healthy tissue colonic mucosa and duodenal mucosa can be positive for CDH17, which has prevented CDH17 from being an easy target for therapies. But recent research has found that CDH17 is masked in healthy tissue, meaning that large molecules or cell therapies don’t attack the healthy tissue.

Cadherins are a family of glycoproteins. Glycoproteins are made up of protein and carbohydrate chains and typically have a broad range of physiological functions. In the case of cadherins, there are more than 100 types in human beings. They are responsible for calcium ion-dependent cell adhesion, but many are also involved in tumorigenesis, making them an attractive target for cancer drugs as well as other types of drugs.

For example, last month, researchers at the Mount Sinai School of Medicine identified a previously unknown mechanism for how not-yet-malignant cells from early breast cancer tumors metastasize to other organs and are stimulated into metastatic breast cancer. They demonstrated that a transcription factor, NR2F1, a protein that controls the outward expression of a gene, could block pre-malignant cells from ever disseminating.

Using high-resolution intravital imaging of HER2+ early-stage cancer cells, the researchers found that loss of function of NR2F1 increased in vivo dissemination and was accompanied by decreased E-cadherin expression, activation of WNT-dependent beta-catenin signaling, disorganized laminin 5 deposition, and increased expression of EMT genes such as TWIST1, ZEB1 and PRRX1. Downregulation of NR2F1 also promoted a hybrid luminal/basal phenotype. In other words, pre-malignant cells downregulated the levels of NR2F1. This helped these pre-malignant cells to disseminate along with upregulation of PRRX1, a master regulator of an invasive phenotype.

In 2019, researchers at Vanderbilt University studied the inflammation phase after heart attacks. They identified cadherin-11, a protein that was involved in inflammation in cardiac fibrosis. Earlier work by the same research team demonstrated how a specific antibody targeting cadherin-11 could prevent calcific aortic valve disease (CAVD), a slow, progressive disorder that varies from mild valve thickening of the heart without blocking blood flow to severe calcification that causes aortic stenosis.

A year earlier, however, Roche had dumped eight pipeline programs, including RG6125, an anti-cadherin 11 antibody that was in Phase II for rheumatoid arthritis. It had picked up the drug in 2015 with the acquisition of Adheron Therapeutics for $105 million upfront in a $580 million deal.

In September 2020, Boehringer Ingelheim advanced its bi-specific and tetravalent therapeutic antibody, BI 905711, into a Phase I trial for advanced GI cancers. The antibody was engineered to recognize both the pro-apoptotic tumor necrosis factor (TNF)-related apoptosis-inducing ligand receptor 2 (TRAILR2) and the tumor cell anchor cadherin 17 to activate the apoptosis pathway in co-expressing tumor cells found mostly in the GI tract. According to ClinicalTrials.gov, the study is still recruiting. It is a Phase Ia/Ib trial with a goal of about 140 participants.