PHILADELPHIA, Nov. 21, 2019 /PRNewswire/ -- Research has shown how prenatal environment can affect people throughout their lifetime. While many studies examine the effects of prenatal nutrition and later medical conditions, few have explored how prenatal stress may affect babies after birth. 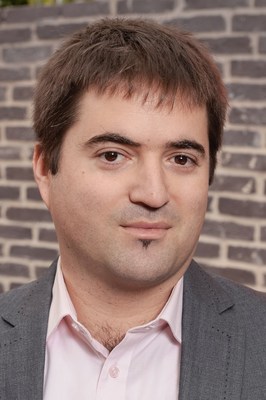 Researchers from the Lifespan Brain Institute (LiBI) of Children's Hospital of Philadelphia (CHOP) and the University of Pennsylvania , in collaboration with Clalit Research Institute in Israel, wanted to learn how prenatal exposure to a limited one-month stressor, in the form of repeated rocket attack on a civilian population, may affect neuropsychiatric outcomes in children. The team found these children did not have higher rates of neuropsychiatric outcomes compared to non-exposed children when followed up to age nine.

The findings were published in October 2019 in European Child & Adolescent Psychiatry.

Researchers looked at almost 7,000 children born in the months following 2006 Second Lebanon War in northern Israel and compared them to children from the same province who were born one year later when rocket attacks had ceased. They found that prenatal exposure to one month of repeated rocket attacks was not associated with an increase of attention-deficit/hyperactivity disorder (ADHD), autism spectrum disorder (ASD), epilepsy, and depression and/or anxiety disorder. Furthermore, mothers who were exposed to the rocket attack had a lower rate of peripartum depression than non-exposed mothers.

"The findings were very surprising to us," says Ran Barzilay, MD, PhD, lead author, child and adolescent psychiatrist at CHOP, and research scientist at LiBI. "We assumed going into the study that the children who were prenatally exposed to the bombings would be at an increased risk for a variety of neuropsychiatric conditions, but that was not the case."

When asked why this may be, Barzilay explained, "It is possible that there are resilience factors that prevent the possible deleterious effects of prenatal stress on brain development. But it is also possible that adverse neuropsychiatric effects may present in the adolescent or early adult years, which were not assessed in the current study since we followed the children until age nine".

Dr. Barzilay and his team, along with LiBI director Raquel Gur, MD, PhD, are starting new studies to prospectively follow pregnant mothers and their children to identify risk and resilience factors that affect the development of brain and behavior.

About Children's Hospital of Philadelphia: Children's Hospital of Philadelphia was founded in 1855 as the nation's first pediatric hospital. Through its long-standing commitment to providing exceptional patient care, training new generations of pediatric healthcare professionals, and pioneering major research initiatives, Children's Hospital has fostered many discoveries that have benefited children worldwide. Its pediatric research program is among the largest in the country. In addition, its unique family-centered care and public service programs have brought the 564-bed hospital recognition as a leading advocate for children and adolescents. For more information, visit http://www.chop.edu