The financing will support the continued advancement of Orca Bio’s cell therapy pipeline and its novel manufacturing platform, which sorts blood with single-cell precision and a high level of purity and speed to create optimal therapeutic mixtures of immune and stem cells. These proprietary mixtures have the potential to revolutionize allogeneic cell therapy for hematological and other cancers, as well as many other diseases and disorders.

A conventional bone marrow transplant relies on naturally occurring T cells. However, the uncontrolled cellular composition often results in life-threatening complications. The company’s most advanced program, TRGFT-201, is evaluating a highly controlled formulation of T cells that includes subsets of regulatory T cells, in a Phase I/II clinical study in patients with certain blood cancers. The company’s second program, OGFT-001, is evaluating a fully controlled cell product candidate that contains a next-generation formulation of T cells, in a Phase I study, also in patients with blood cancers. Orca Bio’s two ongoing clinical studies are among the largest Phase I cell therapy trials ever conducted. Each product candidate has the potential to deliver curative outcomes for the initial indications Orca Bio is pursuing, as well as the promise to significantly expand the eligible patient population by substantially reducing the severe toxicities associated with conventional bone marrow transplants.

“The capital we have raised has formed the launch pad for a world-class, fully integrated allogeneic cell therapy company differentiated from all others,” said Ivan Dimov, PhD, Co-founder and Chief Executive Officer of Orca Bio. “Replacing bone marrow transplants is a logical first step in next-generation allogeneic cell therapy. While a conventional bone marrow transplant administers an uncontrolled cell product, Orca Bio has been the first to deliver a high precision cell therapy. We are initially focused on advancing two clinical programs in patients with blood cancers and have successfully treated the largest-ever number of patients with a high precision cell therapy. We believe our approach has the potential to transform allogeneic cell therapy, and thus the treatment of not only blood cancer, but also many other diseases with significant unmet need, such as a variety of genetic diseases and autoimmune disorders.”

“With precise reconstitution using highly defined cell preps and a swift reboot of the patient’s immune system, Orca Bio’s product candidates have the potential to eliminate fatal side effects, such as graft-versus-host disease, and infections commonly associated with bone marrow transplants while maintaining or enhancing anti-tumor efficacy,” said Rick Klausner, MD, an investor and member of Orca Bio’s advisory board. “The possibility of improving cure rates and minimizing toxicity holds the promise of expanding the eligible patient population for successful bone marrow transplantation in cancer.”

Established in 2016, Orca Bio is a clinical-stage biotechnology company developing a pipeline of high precision allogeneic cell therapy products that are designed to safely and effectively replace a patient’s blood and immune system with a healthy one. The company’s proprietary therapeutic and manufacturing platforms are exclusively licensed from Stanford University. The manufacturing platform sorts donor blood with single-cell precision and a high level of purity and speed, enabling the creation of proprietary, optimal therapeutic mixtures of immune and stem cells that have the potential to transform allogeneic cell therapy. The company’s lead product candidate is being evaluated in a multi-center Phase I/II clinical trial in patients with blood cancers. For more information, please visit www.orcabio.com. 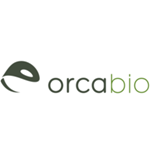